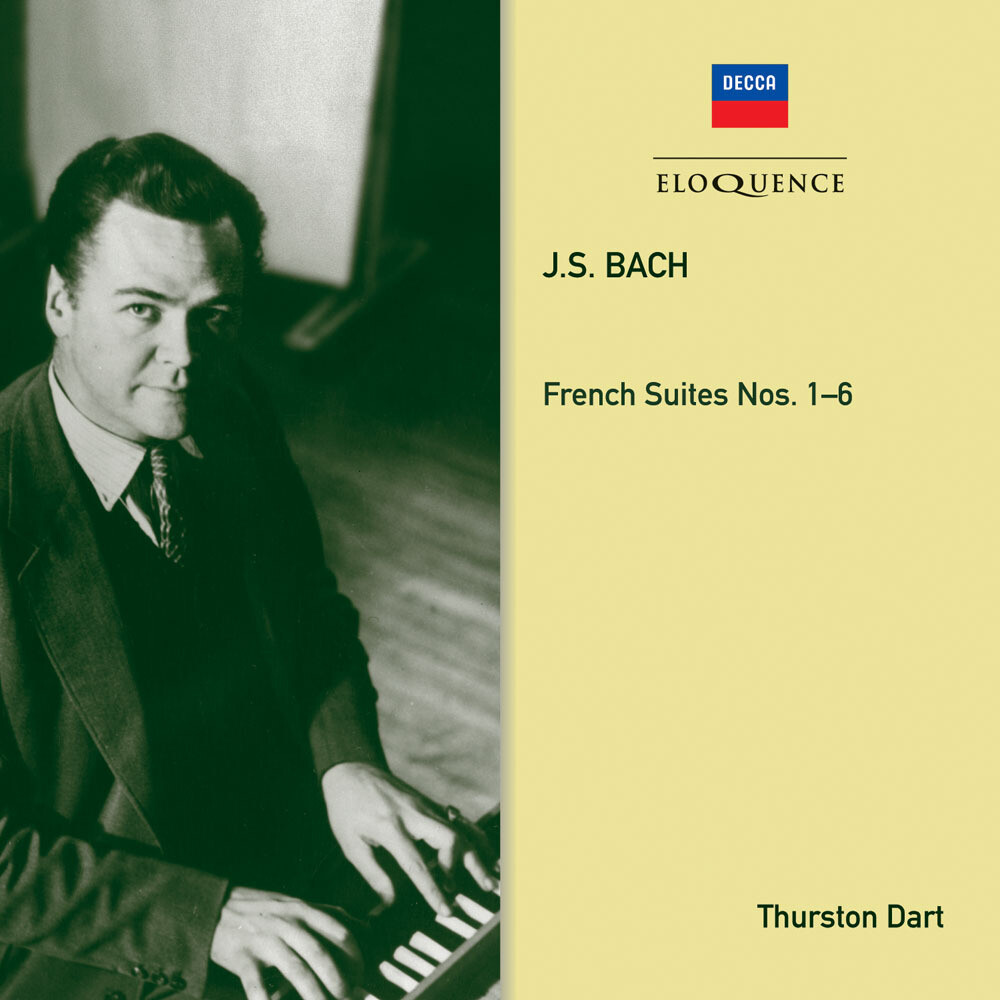 The so-called French Suites are actually no more French stylistically than either of Bach's other sets of keyboard suites, the English Suites and the Partitas. They are a fascinating mixture of movements of differing national styles, primarily French and Italian, lacking an introductory movement such as a prelude and conceived for performers without the virtuoso technique demanded in particular by the Partitas. In the sleeve note for his 1961 recording on L'Oiseau-Lyre, reprinted for this newly remastered reissue, Thurston Dart argues persuasively for the use of what was supposed to have been Bach's favorite keyboard instrument, the clavichord. Softer in volume, the intimate clavichord also allows for more dynamic variation than the harpsichord, as well as subtleties of tone. With this and several other L'Oiseau-Lyre recordings issued in 2019, Eloquence celebrates the art of Thurston Dart, the harpsichordist, conductor and editor who played a leading role in the early-music revival in postwar Britain. After his death in 1971 at the age of just 49, his fellow harpsichordist Igor Kipnis paid fulsome tribute to 'the ideal musicologist-performer.' To accommodate all six suites on a single LP, Dart omitted all repeats from the scores, but in other respects the album loses nothing by comparison with recordings of the Suites from our own, more 'historically informed' times, and is sure to give pleasure to Bach connoisseurs as well as listeners unfamiliar with the unpretentious charms of the French Suites. To bring the unique, ethereal sound of the clavichord into your listening room, the listener is recommended - not least by Dart himself - to play back the recording at a relatively low volume.
HOURS: Mon 11am-7pm Tues / Wed / Thurs 11am-9pm Fri 11am-10pm Sat 10am-10pm Sun 11am-7pm