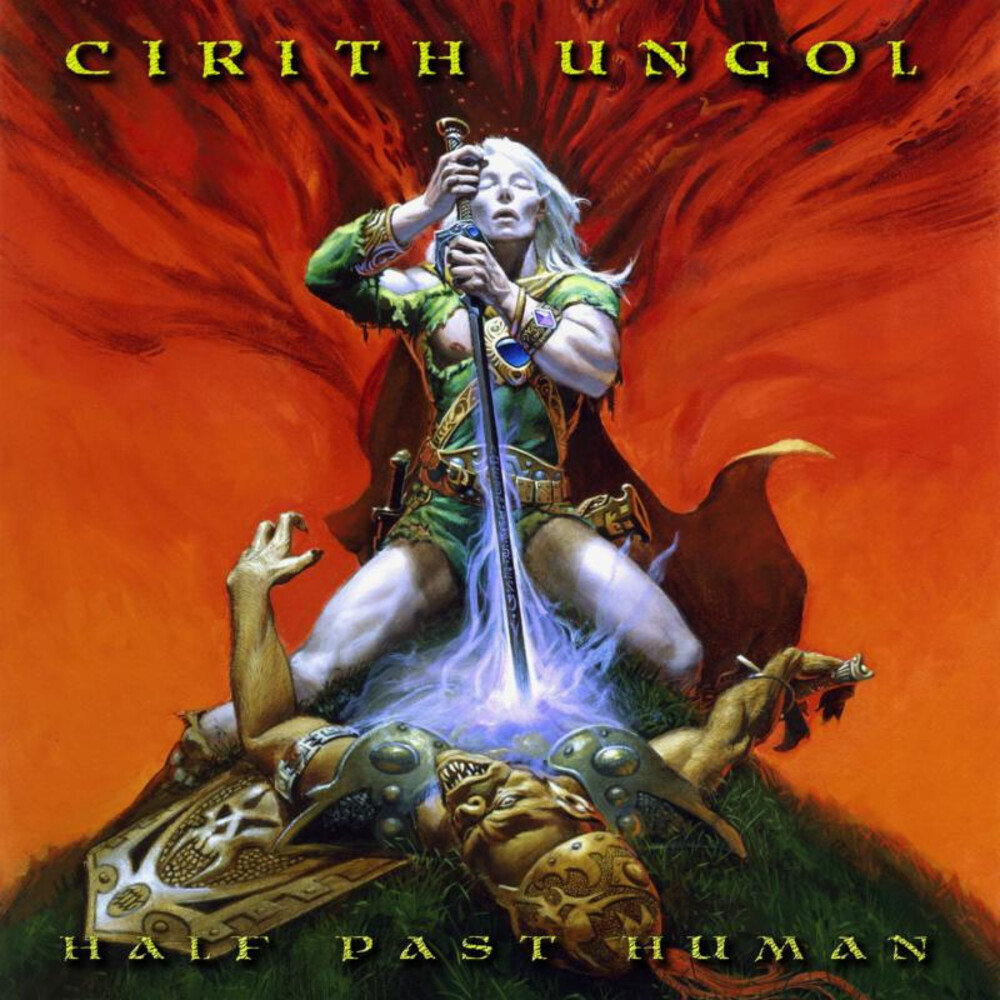 Celebrating their 49th year as a band, Cirith Ungol presents their new EP, Half Past Human. Once again the iconic cover painting was done by longtime collaborator, Michael Whelan, whose magnificent visuals remain inextricably associated with Cirith Ungol. With Half Past Human, Cirith Ungol continues their enduring legacy in the classic metal pantheon, more than four decades after the band's inception. It is a gift to the steadfast and growing legions of fans, old and new, who never faltered in their belief, who coaxed them out of retirement, and who have embraced them during the reunion years. It is a continuation of the Cirith Ungol mythology, a worthy and welcome addition to their daunting musical legacy. And it is a defiant fist to the face of any unbelievers who doubted Cirith Ungol's unshakable resolve and burning dedication to their arcane and mysterious craft. On the eve of their golden anniversary as a band, Cirith Ungol returns and revisits their beginnings with early songs unearthed from their storied past. Featuring a newly mixed/mastered version of the previous released Decibel Magazine exclusive Flexi Disc track "Brutish Manchild."
HOURS: Mon 11am-7pm Tues / Wed / Thurs 11am-9pm Fri 11am-10pm Sat 10am-10pm Sun 11am-7pm