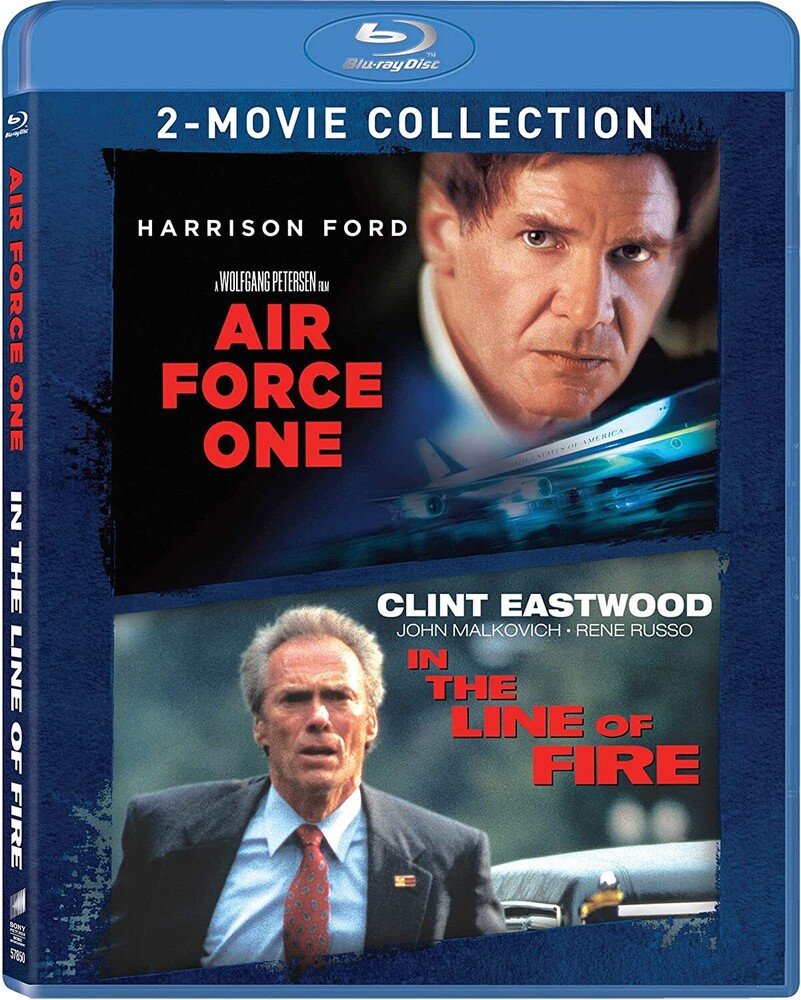 Air Force One: The fate of the nation rests on the courage of one man. Harrison Ford and Gary Oldman star in two-time Oscarr nominee Wolfgang Petersen's (1982, Best Director/ Writer, Das Boot) gripping thriller about an uncompromising U. S. president who has just told the world he will not negotiate with terrorists. When Russian neo-nationalists hijack Air Force One, the world's most secure and extraordinary aircraft, the president is faced with a nearly impossible decision to give in to terrorist demands or sacrifice not only the country's dignity, but the lives of his wife and daughter. In The Line of Fire: Clint Eastwood stars as Frank Horrigan, a veteran Secret Service agent haunted by his failure to protect John F. Kennedy from assassination. Thirty years later, he gets a chance to redeem himself when a brilliant psychopath threatens to kill the current president. The assassin (John Malkovich) lures Horrigan into an electrifying battle of wits and will that only one man can survive.
HOURS: Mon 11am-7pm Tues / Wed / Thurs 11am-9pm Fri 11am-10pm Sat 10am-10pm Sun 11am-7pm
back to top