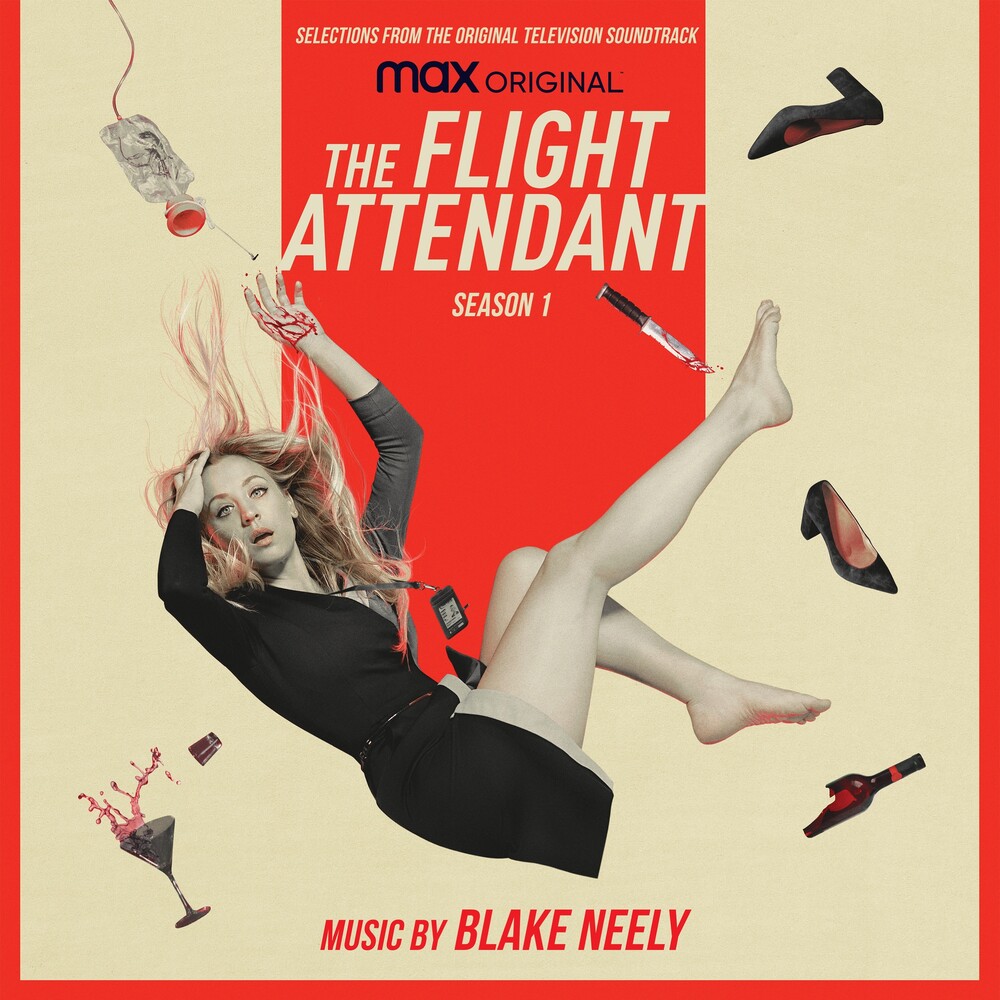 DISC: 1
1. Main Title (The Flight Attendant)
2. Welcome Aboard
3. Drinks Will Be Served
4. Secure Your Own Mask First
5. Safety Cards Are Found in the Seat Pocket
6. Fasten Your Seatbelt
7. Turn Off Electronic Devices
8. No Prepare for Take-off

FLIGHT ATTENDANT: SEASON 1 / TV O.S.T. - BLAKE NEELY - The Flight Attendant is a story of how an entire life can change in one night. A flight attendant (Kaley Cuoco) wakes up in the wrong hotel, in the wrong bed, with a dead man - and no idea what happened. The dark comedic thriller is based on the novel of the same name by New York Times bestselling author Chris Bohjalian. The music, composed by award-winning composer Blake Neely, just won an Emmy Award. Neely, whose work spans film, television and the concert world. He has scored more than 30 television series and 15 films. He has won an EMMYr for The Flight Attendant, and has received three EMMYr Award nominations for his scores to ABC's "Pan Am," the HBO mini-series "The Pacific," and for his main title theme from the series "Everwood." In addition to his own projects, Neely has worked as a co-composer, conductor, and orchestrator with such masters as Michael Kamen, Hans Zimmer, James Newton Howard, and Vangelis.
HOURS: Mon 11am-7pm Tues / Wed / Thurs 11am-9pm Fri 11am-10pm Sat 10am-10pm Sun 11am-7pm
This website uses cookies to personalize content and analyse traffic in order to offer you a better experience.
I accept Learn More
back to top