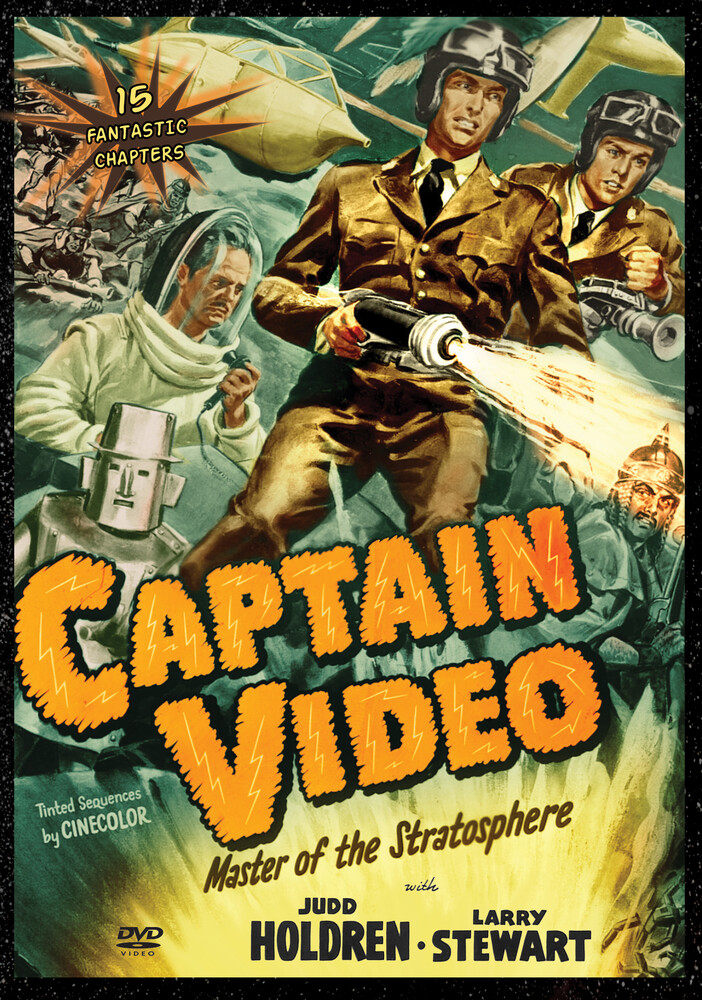 Captain Video was such a nationwide sensation that in 1951, Columbia Pictures Corporation contracted to produce a theatrical serial of the Captain's exploits, the first TV show ever to be adapted to the big screen. The results, "Captain Video, Master of the Stratosphere" has been hailed as "a nostalgic delight all the way through... a unique concoction, quite unlike any other serial ever made!" (Roaring Rockets). "Captain Video, Master of Space! Hero of Science! Operating from his secret mountain headquarters on the planet Earth! Captain Video rallies men of good will and leads them against the forces of evil everywhere! As he rockets from planet to planet, let us follow the champion of justice, truth and freedom throughout the universe! Stand by for "Captain Video and his Video Rangers!"
HOURS: Mon 11am-7pm Tues / Wed / Thurs 11am-9pm Fri 11am-10pm Sat 10am-10pm Sun 11am-7pm
This website uses cookies to personalize content and analyse traffic in order to offer you a better experience.
I accept Learn More
back to top