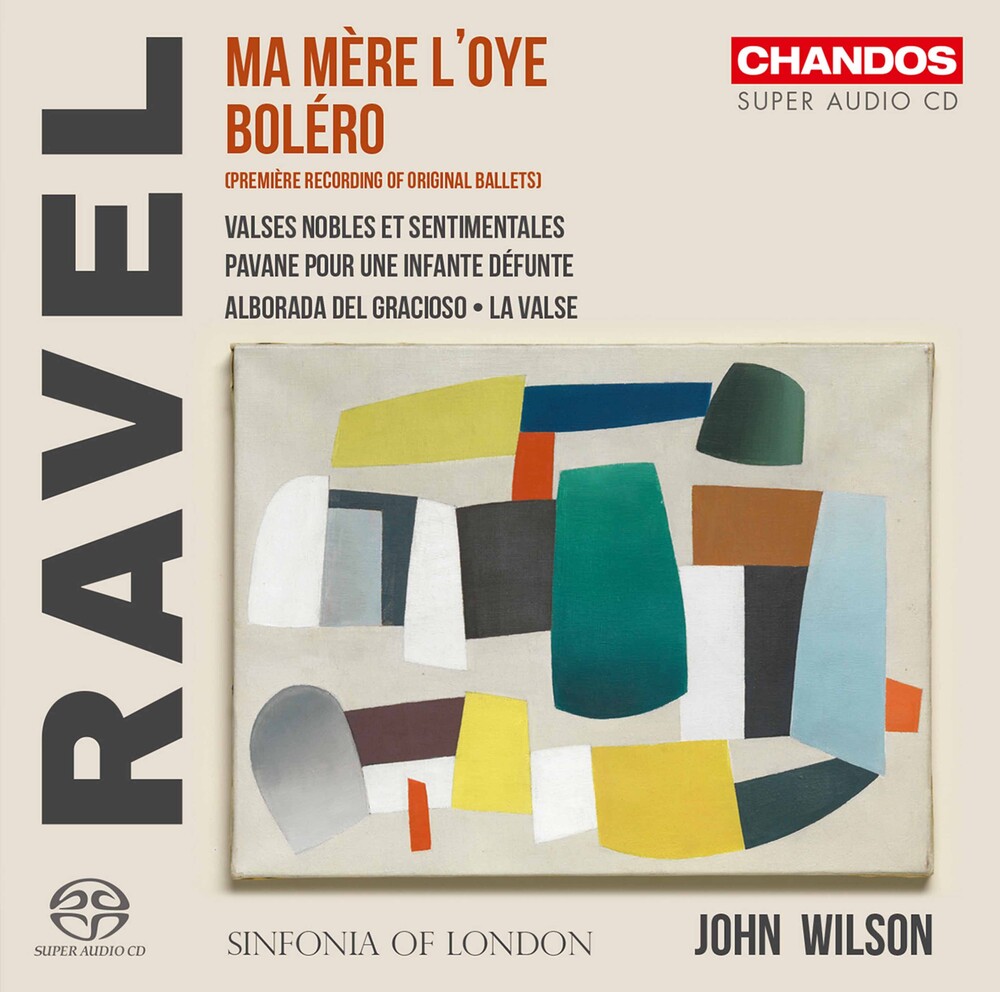 Following their second BBC Music Magazine Award (for Respighi's Roman Trilogy) and universal praise for their first concert (at the BBC Proms in 2021), Sinfonia of London and John Wilson turn to the orchestral works of Ravel for this their 6th studio album. Not only an outstanding pianist and one of France's greatest composers, Maurice Ravel is acclaimed as one of the greatest orchestrators of all time. His unique ability to conjure the widest possible range of colors and textures from the orchestral palette is amply demonstrated on this album. The program opens with La Valse, conceived as a snapshot of 1850's Vienna. The continuous sequence of waltzes becomes increasingly insistent until the sound is almost utterly overwhelming. Other ballets also feature - Ma MĂ¨re L'Oye (Mother goose) and the infamous BolĂ©ro, both recorded here for the first time in their original versions. Ravel's orchestrations of his own own piano works complete the program: Valses nobles et sentimentales, Pavane pour une infante dĂ©funte and Alborada del gracioso, which demonstrates both Ravel's fascination with Spanish sounds and culture, and the sheer virtuosity of orchestral playing from the Sinfonia of London.
HOURS: Mon 11am-7pm Tues / Wed / Thurs 11am-9pm Fri 11am-10pm Sat 10am-10pm Sun 11am-7pm
This website uses cookies to personalize content and analyse traffic in order to offer you a better experience.
I accept Learn More
back to top