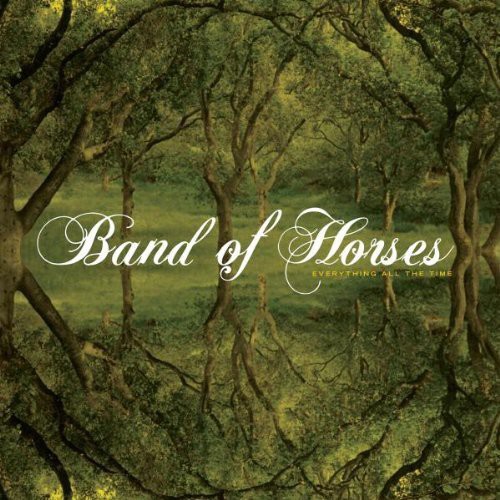 Everything All the Time
Artist: Band Of Horses
Format: CD
New: IN STOCK AT OUR STORE $13.99
Wish

Guitarist/vocalist Ben Bridwell and bassist Mat Brooke formed Band Of Horses in 2004 after the dissolution of their nearly ten-year run in northwest melancholic darlings Carissa's Wierd. Carissa's Wierd trafficked in sadly beautiful orchestral pop, whose songs told unflinching stories of heartbreak and loss, leavened with defeatist humor. Band Of Horses rises from those ashes. Buoyed by Bridwell's warm, reverb-heavy vocals (which channel a strange brew of Wayne Coyne, Neil Young, and Doug Martsch), the group's woodsy, dreamy songs ooze with amorphous tension, longing, and hope. Both raggedly epic and delicately pensive, this is an album painted gorgeously in fragile highs and lows.

''Everything All the Time'' is the debut album of indie rock band Band of Horses and was released on March 21, 2006 on Sub Pop Records. It features new versions of five of the six songs from the band's ''Tour EP'', some with different titles.

The band performed the first single, "The Funeral", on its network television debut on the ''Late Show with David Letterman''.

Of the album's sound, band leader Ben Bridwell said, "I thought before recording that I really wanted an ELO-sounding record, with strings and keyboards and synths, but then, as we got closer to it, we wanted to take a more raw approach." Regarding its lyrics, Bridwell stated, "A lot of these songs didn't really come from any lyric writing, let alone any singing ability. A lot of the ways the words are sung were meant to hide or mask what's being said. But there are definitely words. I wrote 'em down on paper and everything." - Wikipedia

Carissa's Wierd wasn't one of Y2K-era Seattle's most unique bands just because they couldn't spell- the group's suffocating melancholia kept audiences rapt. Following their dissolution, frontman Ben Bridwell and bassist Mat Brooke formed BoH, presumably with the intent of lying in bed, just like Brian Wilson did, then singing about it.