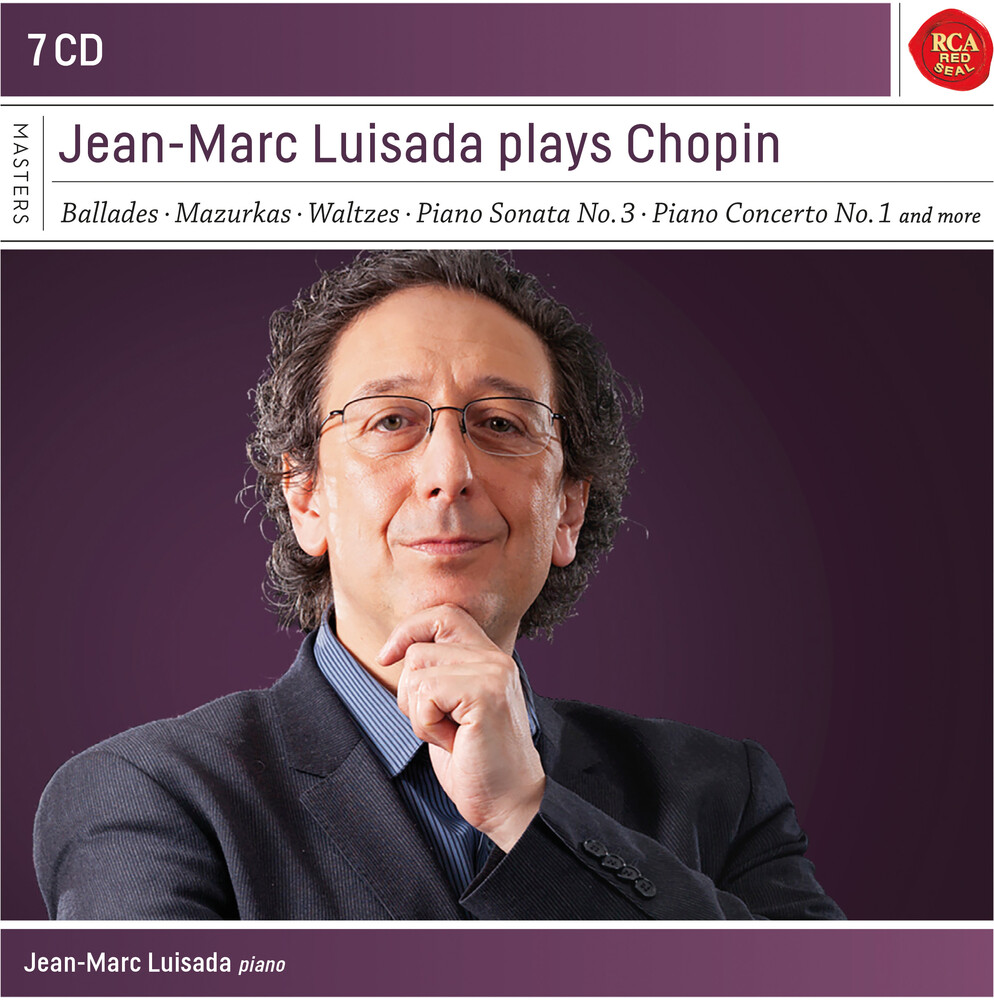 Sony Classical is pleased to announce a new batch of reissues from the CBS/Sony and RCA Victor/BMG back catalogues. This latest instalment of the popular series showcases Mozart and Chopin along with conductor Robert Craft's pioneering Webern recordings and the global journeys of that irrepressible musical explorer Yo-Yo Ma. The Tunisian-born French pianist Jean-Marc Luisada, a prize-winner at the 1985 Warsaw Chopin Competition, has earned an international reputation as a distinctive Chopin interpreter. In the late 1990s and early 2000s, Luisada made a series of recordings for RCA: the complete Mazurkas, Waltzes and Ballades, the B minor Sonata and a chamber arrangement of the First Concerto (joined by the Talich Quartet), among numerous other works. MusicWeb International wrote that "the most stunning aspect of his artistry is his exploratory approach to Chopin. He uses every phrase to probe into Chopin's sound-world and psyche, also displaying a total command of the keyboard's resources." As ClassicsToday wrote about Luisada's Chopin: "The pianist compels you to listen." All his RCA Chopin recordings are now reissued in a 6-album Sony Classical box.
HOURS: Mon 11am-7pm Tues / Wed / Thurs 11am-9pm Fri 11am-10pm Sat 10am-10pm Sun 11am-7pm
This website uses cookies to personalize content and analyse traffic in order to offer you a better experience.
I accept Learn More
back to top