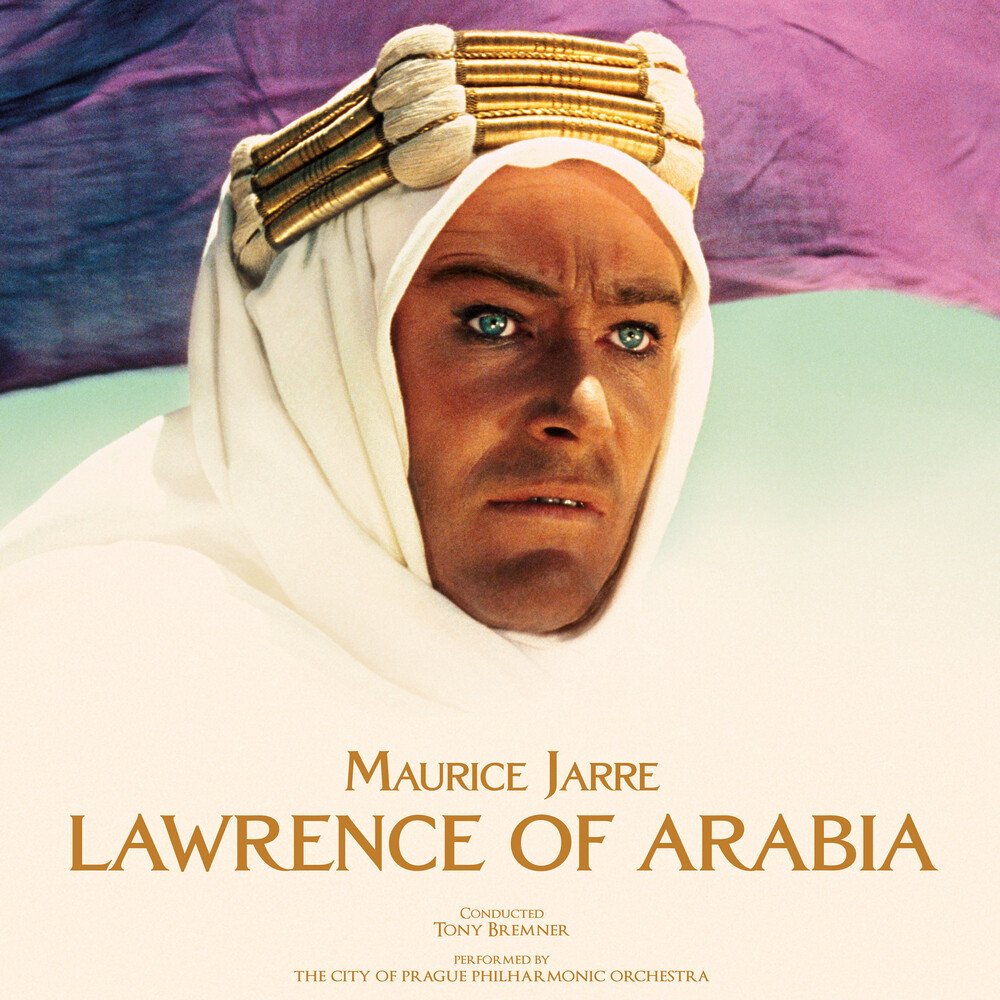 Vinyl
$57.99
DISC: 1
1. Overture
2. Main Titles
3. First Entrance to the Desert/ Night and Star/ Lawerence and Tafas
4. The Miracle
5. That Is the Desert
6. Nefud Mirage/ the Sun's Anvil
7. The Rescue of Gasim/ Bringing Gasim Into Camp
8. Arrival at Auda's Camp
9. On to Akaba/ the Beach at Night
10. Sinai Dessert
11. The Voice of Guns
12. Horse Stampede/ All Rescues Lawrence/ Lawrence and His Bodyguard
13. The End/ Playoff Music

As the composer of over 200 film scores, Maurice Jarre has written for many iconic films including Doctor Zhivago, A Passage to India, Ryan's Daughter, Witness, Ghost, Jesus of Nazareth, Fatal Attraction, The Man Who Would Be King and The Longest Day.The Theme from LAWRENCE OF ARABIA is one of the most famous and well-known pieces of film music ever composed and this critically acclaimed recording features over 50 minutes of the original score from the David Lean epic including over 20 minutes of music not featured on the original 1962 soundtrack album.Played by The Philharmonia Orchestra conducted by Tony Bremner.
HOURS: Mon 11am-7pm Tues / Wed / Thurs 11am-9pm Fri 11am-10pm Sat 10am-10pm Sun 11am-7pm
This website uses cookies to personalize content and analyse traffic in order to offer you a better experience.
I accept Learn More
back to top