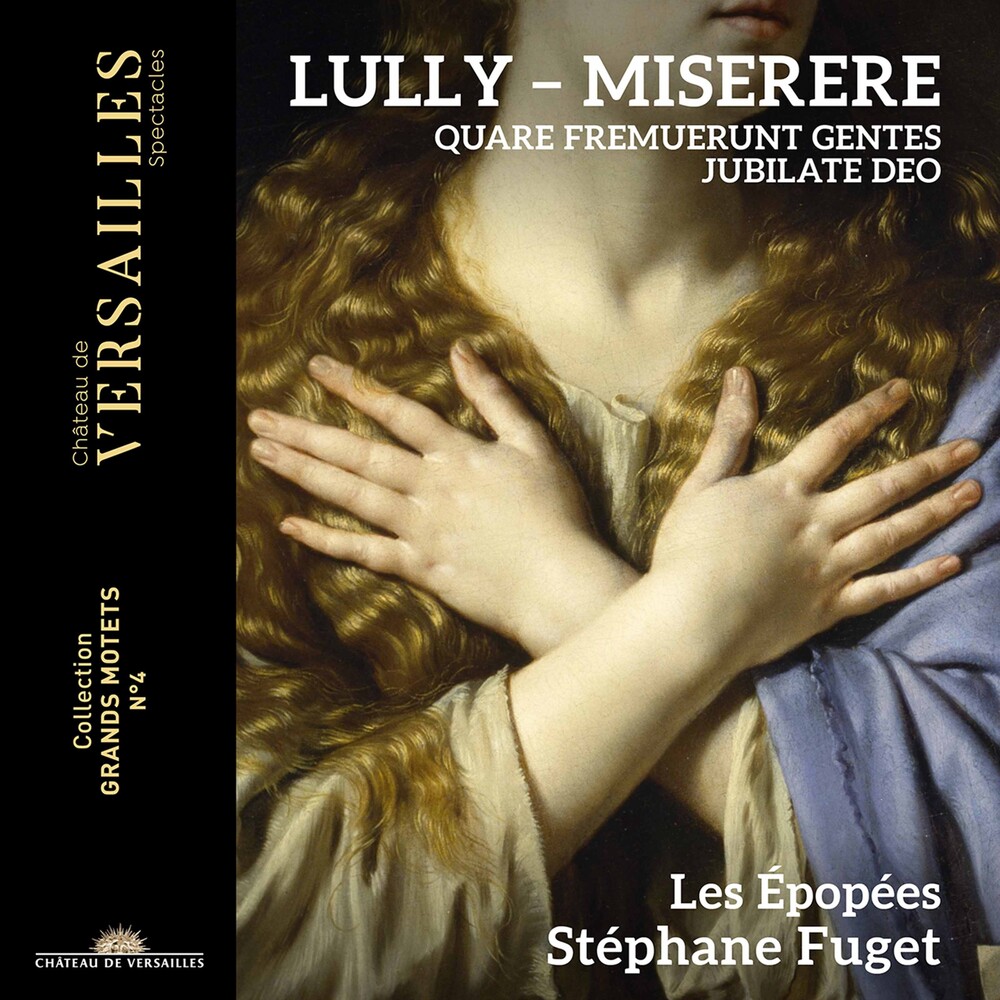 Here are assembled three Grands Motets by Lully, associated with key moments in the reign of Louis XIV. In 1660, the Jubilate Deo celebrating the La Paix des Pyrûˋnûˋes and the king's wedding, erupts in unheard of proportions, that no other composer in France had produced before, and with breathtaking modernity. The music is triumphant, with a French-style overture worthy of future operas, grand theatrical narratives and choruses alternating between plenitude and exaltation: the celebratory motet was thus born with dazzling panache. The Quare fremuerunt gentes, even more dramatic, celebrated la Paix de Ratisbonne (the Peace of Regensburg) in 1685 with powerful operatic accents. Finally, the Miserere (1664) is the most famous French motet of the 17th century. Played in 1672 for the funeral service of Chancellor Sûˋguier, it brought tears to Madame de Sûˋvignûˋ's eyes: "I don't believe there is any other music in heaven." Stûˋphane Fuget and his ensemble Les Epopûˋes pursue their grace-filled cycle.
HOURS: Mon 11am-7pm Tues / Wed / Thurs 11am-9pm Fri 11am-10pm Sat 10am-10pm Sun 11am-7pm
This website uses cookies to personalize content and analyse traffic in order to offer you a better experience.
I accept Learn More
back to top