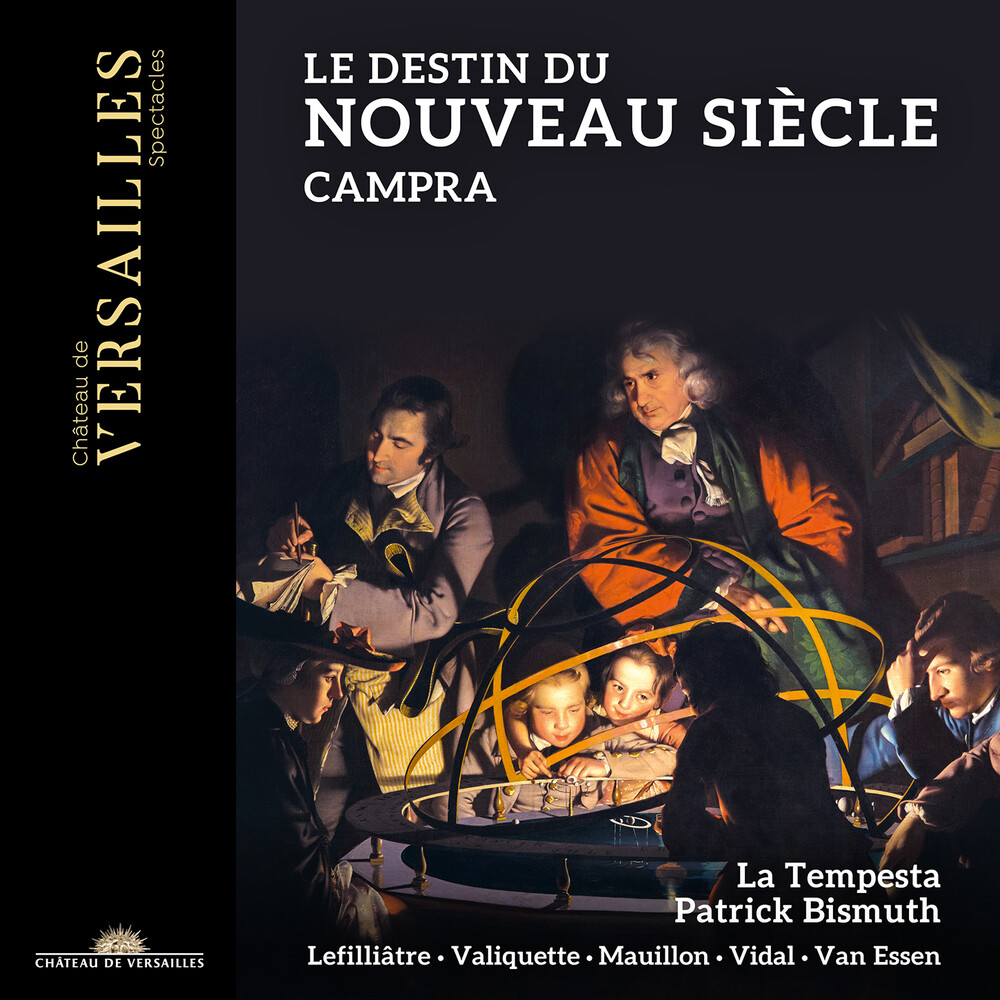 Le Destin du Nouveau SiĂšcle [The Fate of the New Century]: what a pertinent idea for a libretto for the year 1700! This unknown opera-ballet by Campra, premiered at the CollĂšge Louis-le-Grand, foreshadowed the Century that was opening in France, where Louis XIV had been King for... 57 years! Saturn wants to regulate the destiny of this new century according to the will of the people, but some wish to ignite an eternal War, while others celebrate Peace. Campra's splendid music is here marvelously revealed by exceptional soloists, under the direction of Patrick Bismuth. The Europe of the old King was rumbling with war and famine to come, unrest mingled with hope at the dawn of this new century... here is the musical snapshot of this so particular era!
HOURS: Mon 11am-7pm Tues / Wed / Thurs 11am-9pm Fri 11am-10pm Sat 10am-10pm Sun 11am-7pm
This website uses cookies to personalize content and analyse traffic in order to offer you a better experience.
I accept Learn More
back to top