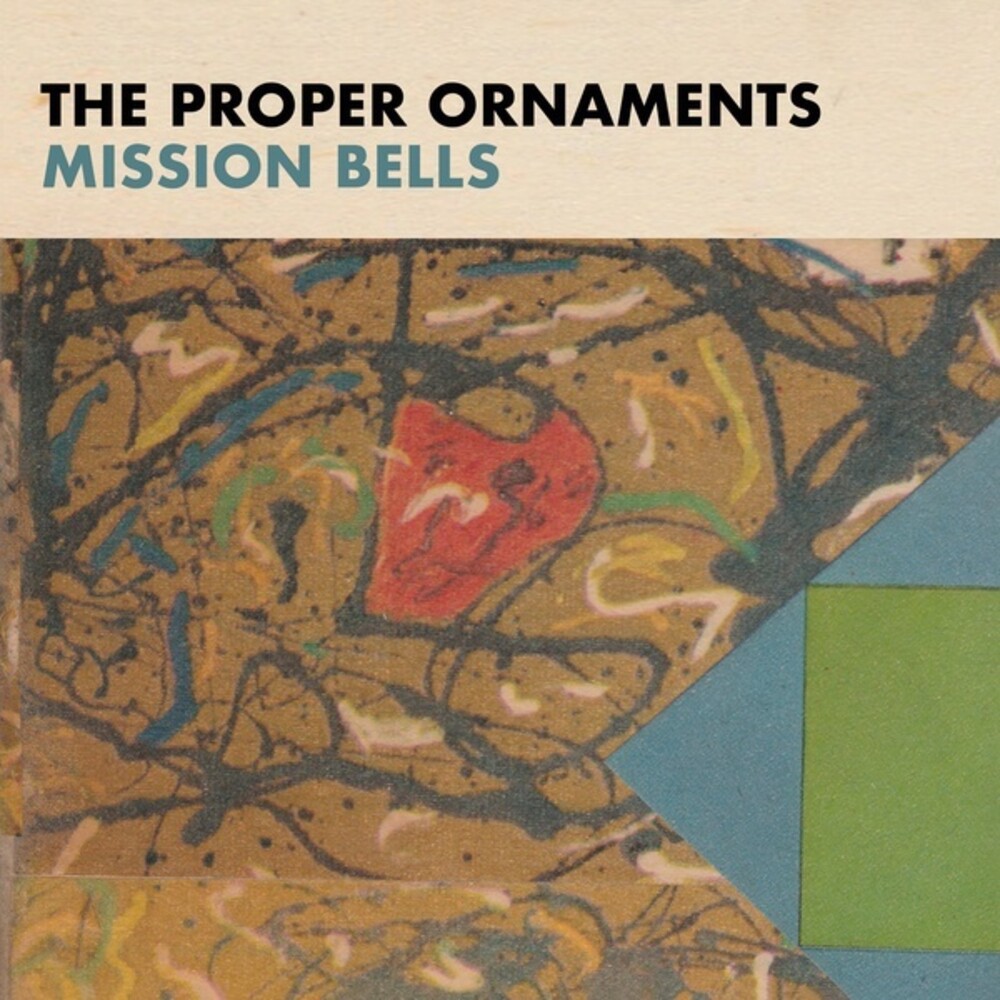 Nine months since the release of 6 Lenins (TR 432CD/LP, 2019), The Proper Ornaments are back with Mission Bells, a somber but uplifting record that began it's life while they were on tour earlier in 2019, when new ideas emerged in different soundchecks around Europe. James Hoare, Bobby Syme, and Max Oscarnold, the founders of the group, recruited Nathalie Bruno as a bassist for the tour, and then the four-piece began recording in the summer at Hoare's home studio in Finsbury Park, London, using the same 16-track Studer tape machine as on their previous record, but this time they incorporated a Moog sequencer and other electronics instruments. On these recordings, meticulous attention to detail is never deployed as an end in itself but always with the song and sound in mind. As the Mission Bells sing, echoes of black albums Velvets, Swell Maps, Spiritualized, and Cluster might reach inside your brain, but the truth is that it's hard to pinpoint influences on an album that is the fifth in the life of this band, as they have been becoming more and more themselves, not needing to look elsewhere for inspiration. This is not a retro band, they just happened to like playing guitar, a preference that began, at least for James Hoare and Max Oscarnold, when they were nine years old. Whoever is familiar with their previous records might agree that Mission Bells has a lot of the innocent elements (drum machines underneath simple songs) of their first record, Waiting For The Summer (2013), the melancholy of Foxhole (2017), and their heavy live sounds, as drummer Bobby Syme points out. But it's the lyrical maturity that is the real achievement on this record. The words can be read as a William Burroughs cut-up experiment on what it is to live in these dystopian times. Mission Bells is a majestic achievement, a musical maelstrom, it's harmonies drawing the inclined listener into an irreversible somnambulant state, caught between dreamland and waking hours. The beauty of it is, you won't want to escape, even though the door is flung open as your postmodern life awaits you outside
HOURS: Mon 11am-7pm Tues / Wed / Thurs 11am-9pm Fri 11am-10pm Sat 10am-10pm Sun 11am-7pm