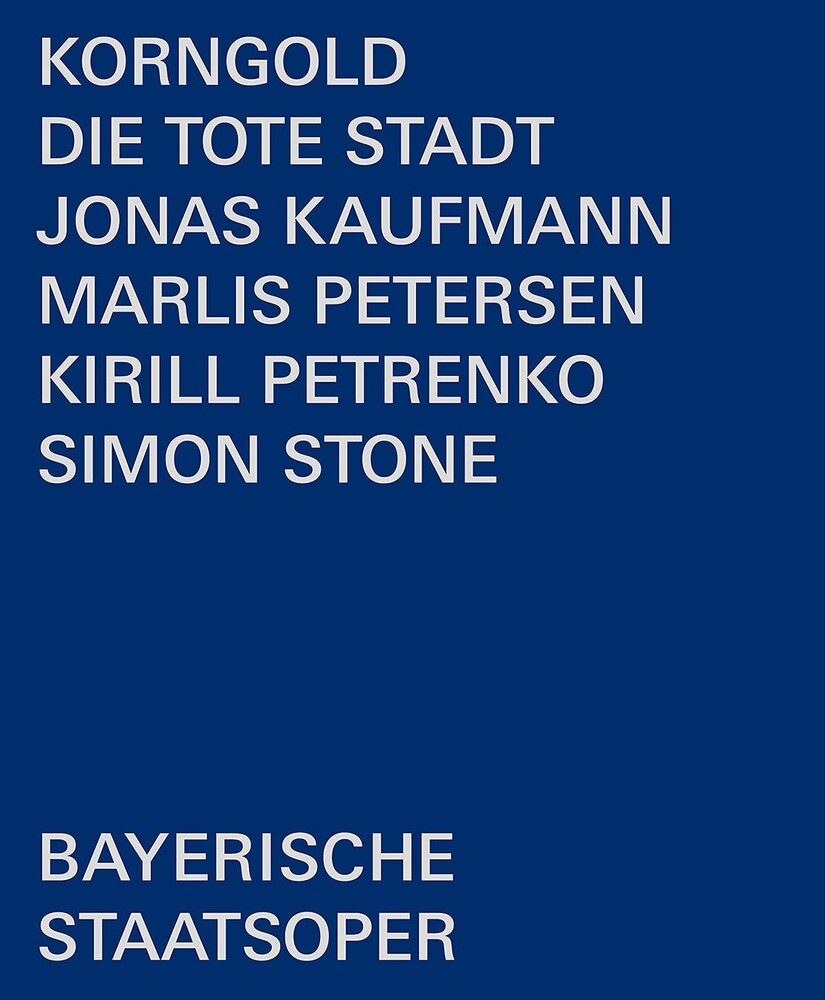 The premiere of Erich Wolfgang Korngold's Die tote Stadt at the Bayerische Staatsoper in autumn 2019 was praised both by press and audiences. Marlis Petersen (Marie / Marietta) and Jonas Kaufmann (Paul) sang the main roles, with the Bayerisches Staatsorchester under Kirill Petrenko's baton, in the intense staging by Simon Stone. After the opening night, Joshua Barone wrote in the New York Times: "[The] work's comeback may have reached it's peak at the Bavarian State Opera. It's difficult to imagine a better case for Die tote Stadt than was made in Munich." The boundary between dream and reality increasingly dissolves as Paul, mourning his dead wife Marie, meets the dancer Marietta. With her looks so similar to Marie's, Marietta becomes the object of the projection of Paul's erotic desires. His grief has the traits of a ritual: The carefully composed strands of his dead wife's hair are guarded like a relic. Following a nerve-racking "vision" with cathartic effect, Paul is finally reeled back to reality. He can leave the Belgian city of Bruges as the place of his death cult. The original title of the piece, "Triumph des Lebens" (Triumph of Life), is symbolic of the main character's personal development.
HOURS: Mon 11am-7pm Tues / Wed / Thurs 11am-9pm Fri 11am-10pm Sat 10am-10pm Sun 11am-7pm
back to top