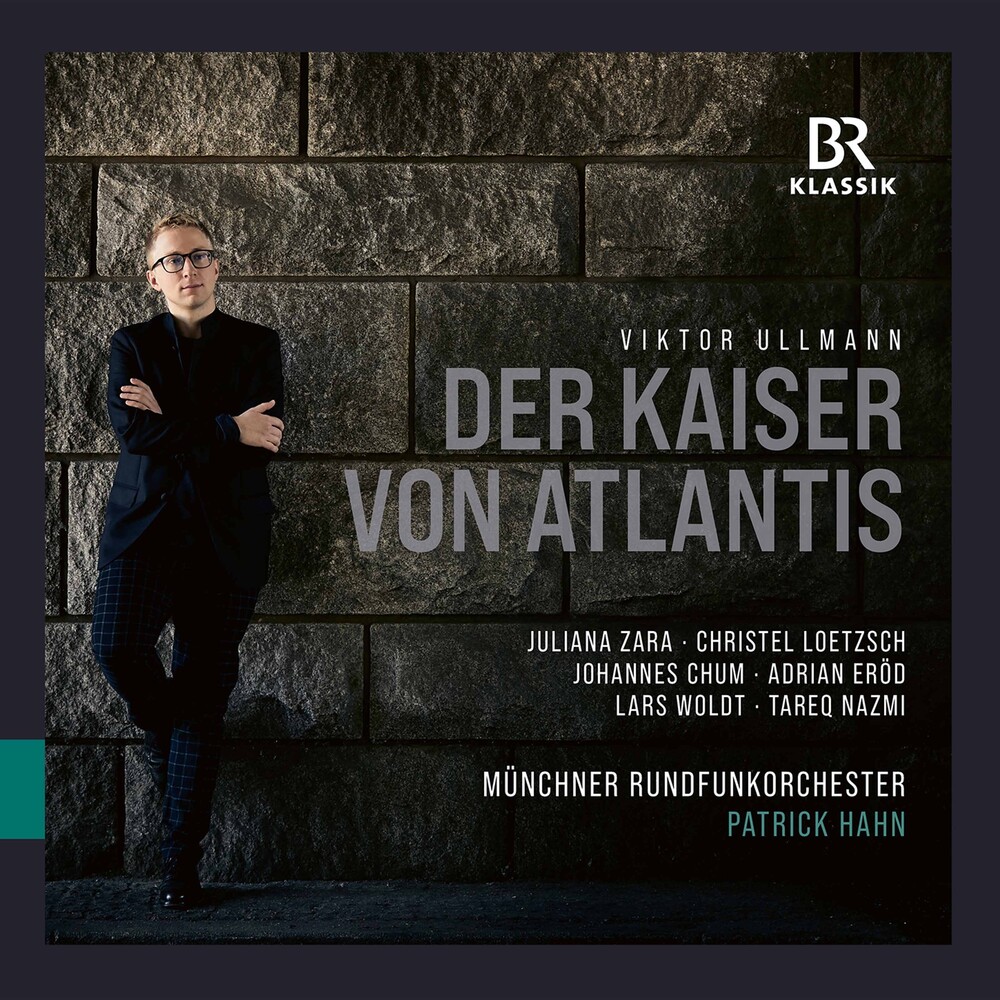 Viktor Ullmann's one-act chamber opera "Der Kaiser von Atlantis" was written in the Theresienstadt camp and did not see it's premiere until December 16, 1975 in Amsterdam, since the performance had been banned after it's dress rehearsal in 1944. The concert performance of the version by Henning Brauel and Andreas Krause (Schott), which took place on October 10, 2021 at the Prinzregententheater in Munich, was recorded for this CD. Alongside the internationally renowned Austrian KammersĂ¤nger Adrian ErĂ¶d in the title role, mainly young performers sang, accompanied by the MĂĽnchner Rundfunkorchester conducted by Patrick Hahn, who made his debut here as the orchestra's principal guest conductor. Viktor Ullmann, born in 1898 in Teschen, Silesia, studied with Arnold SchĂ¶nberg and Alois HĂˇba in Vienna. He worked first as a bandmaster and then as a bookseller, and settled in Prague as a freelance artist in 1933. Because he came from a Jewish family, he was deported to the Theresienstadt camp by the Nazis in 1942. In October 1944 he was murdered in Auschwitz-Birkenau, together with composers Pavel Haas and Hans KrĂˇsa, who were almost the same age. - Since the Nazis allowed a lively cultural life in their "showcase camp" of Theresienstadt, Ullmann was also able to be musically active. The intellectual and cultural heritage of that time is reflected in his music - also, and especially, in the "one-act play" that he wrote there entitled "Der Kaiser von Atlantis oder Die Tod-Verweigerung" (The Emperor of Atlantis or the Disobedience of Death), based on the libretto by his fellow prisoner Peter Kien.
HOURS: Mon 11am-7pm Tues / Wed / Thurs 11am-9pm Fri 11am-10pm Sat 10am-10pm Sun 11am-7pm
This website uses cookies to personalize content and analyse traffic in order to offer you a better experience.
I accept Learn More
back to top