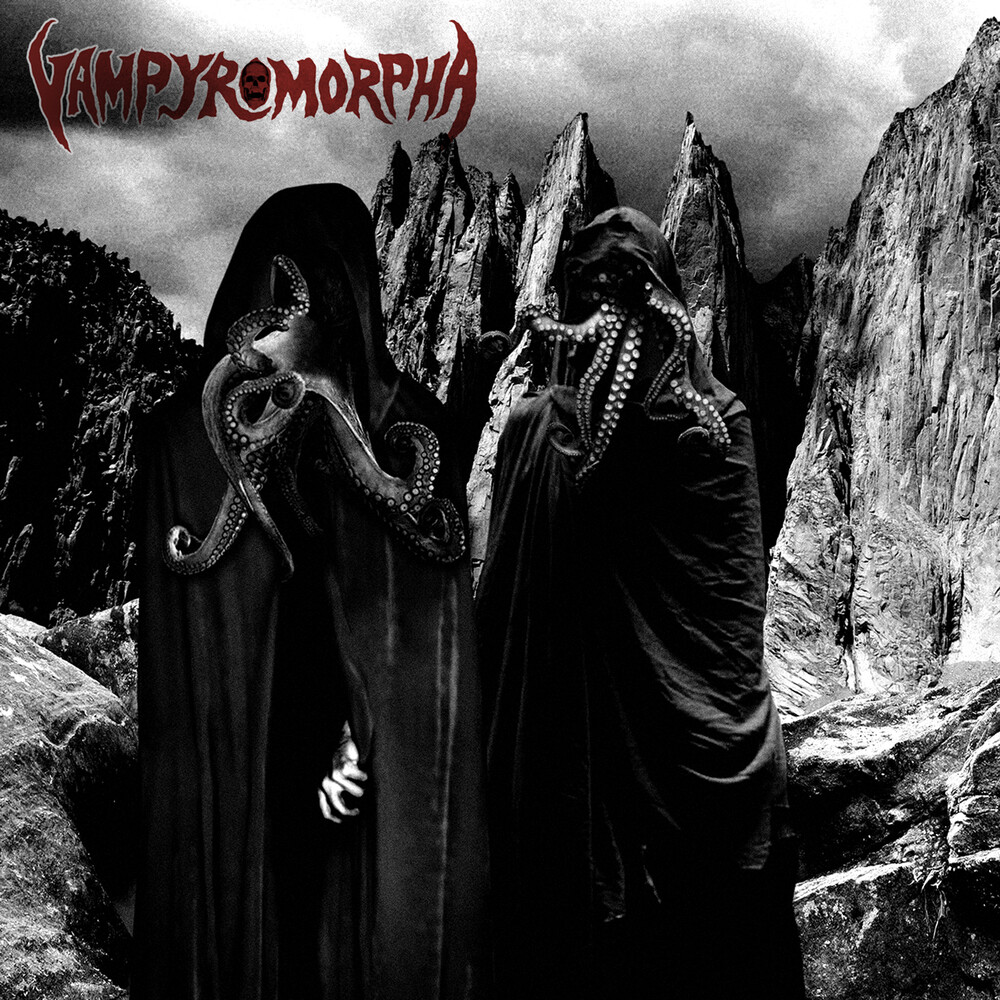 VAMPYROMORPHA / HERZOG - Horror stories and psychopathy! Vampyromorpha were founded in 2014 by Nemes Black (guitar, bass & drums) and Jim Grant (vocals, Hammond). From the beginning they dedicated themselves to the self-styled genre of 'Adult Oriented Doom Metal'. Their sound, born in the bloody depths of the oceans of hell and inspired by disturbing horror trash movies, can hardly deny their penchant for dark horror stories and mental disease. Their second album Herzog also stands for a mixture of vampirism and goth rock, which is characterized by an intense dark mood. The duo makes no secret of their musical preferences for bands like Sisters Of Mercy, The Damned, Killing Joke or the Melvins and bases their own interpretation of depressive Doom Rock on this. Recorded and mixed by Fabian Schwarz in Brought Dog Studios and mastered by Stefan Gassner (among others The New Black, Terrible Old Man), Herzog also features some special guests. For example, with the musician and Goth model Mallory Murdock the song Waiting And Die (which describes and sets to music the last days of the imprisoned girls in the house of the child murderer Marc Dutroux) was created, while Vampyromadness is a collaboration together with Felix Stass (Crematory).
HOURS: Mon 11am-7pm Tues / Wed / Thurs 11am-9pm Fri 11am-10pm Sat 10am-10pm Sun 11am-7pm
This website uses cookies to personalize content and analyse traffic in order to offer you a better experience.
I accept Learn More
back to top