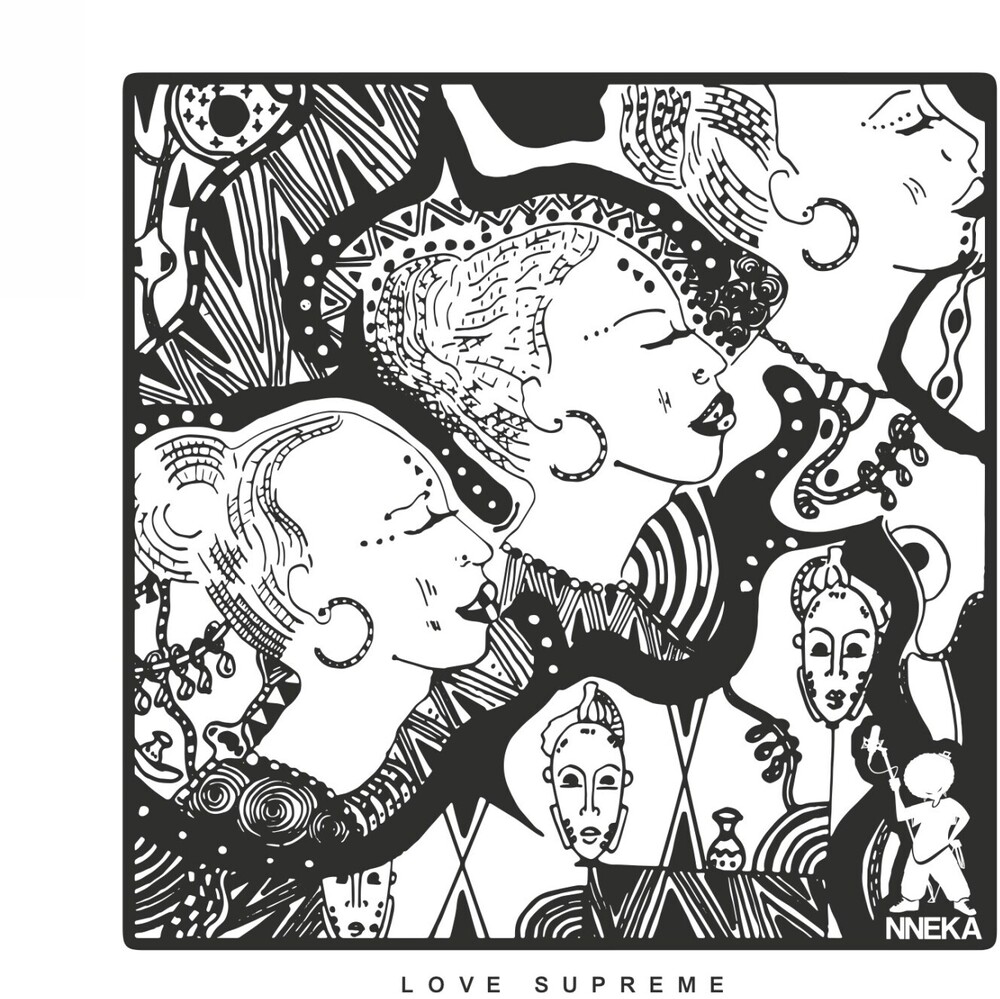 "Confidence, trust, that is the theme of my record and I think everyone can relate to it, " says the award-winning Nigerian-German artist NNEKA about her new album 'Love Supreme', which will be released on February 11, 2022. The singer, hailed by the Sunday Times as the new Lauryn Hill, has released her first long player since the Mini-Album 'My Fairy Tales', which was released six years ago on the same label. The thirteen songs on 'Love Supreme' present continuation and departure at the same time. While 'This Life', the only uptempo single on the album, "About Guilt", "Walk Away" and a few others were written and produced with longtime partner Farhot, or 'With You' with Mounir Maarouf, which was created for the majority of 'My Fairy Tales', she also worked with the Berlin producer / author Unik ('Tea?') and Klimperboy ('Love Supreme') and BASS productions ('Maya', 'Yahweh') from Hamburg. It's time for 'Love Supreme' because this unique artist has always been ahead of her time. Since 2011, when she released her last real album 'Soul Is Heavy', a new generation of Afro-American and Afro-European artists have emerged, who were referred to by the same name 'Afro-Punk' after the festival. Musically eclectic, they present themselves more casual and alternative, not only in terms of clothing and hairstyles, but also in terms of beliefs and general interest. Something Nneka did from the start! Nneka has released three previous albums. Her 2009 single 'Heartbeat' earned her a UK Top 20 hit and was also recognized by Rita Ora for her # 1 UK Hit 'R.I.P.' sampled. She won a MOBO for Best African Act in 2009 and has appeared on the 'David Letterman Show' and BET's 106 & Park. In 2014 Nneka joined the jury for the fourth season of 'Nigerian Idol'. Nneka has played nearly 300 shows in Europe and over 100 shows in the US and Canada to over 1.000.000 viewers in over 35 countries.
HOURS: Mon 11am-7pm Tues / Wed / Thurs 11am-9pm Fri 11am-10pm Sat 10am-10pm Sun 11am-7pm
This website uses cookies to personalize content and analyse traffic in order to offer you a better experience.
I accept Learn More
back to top