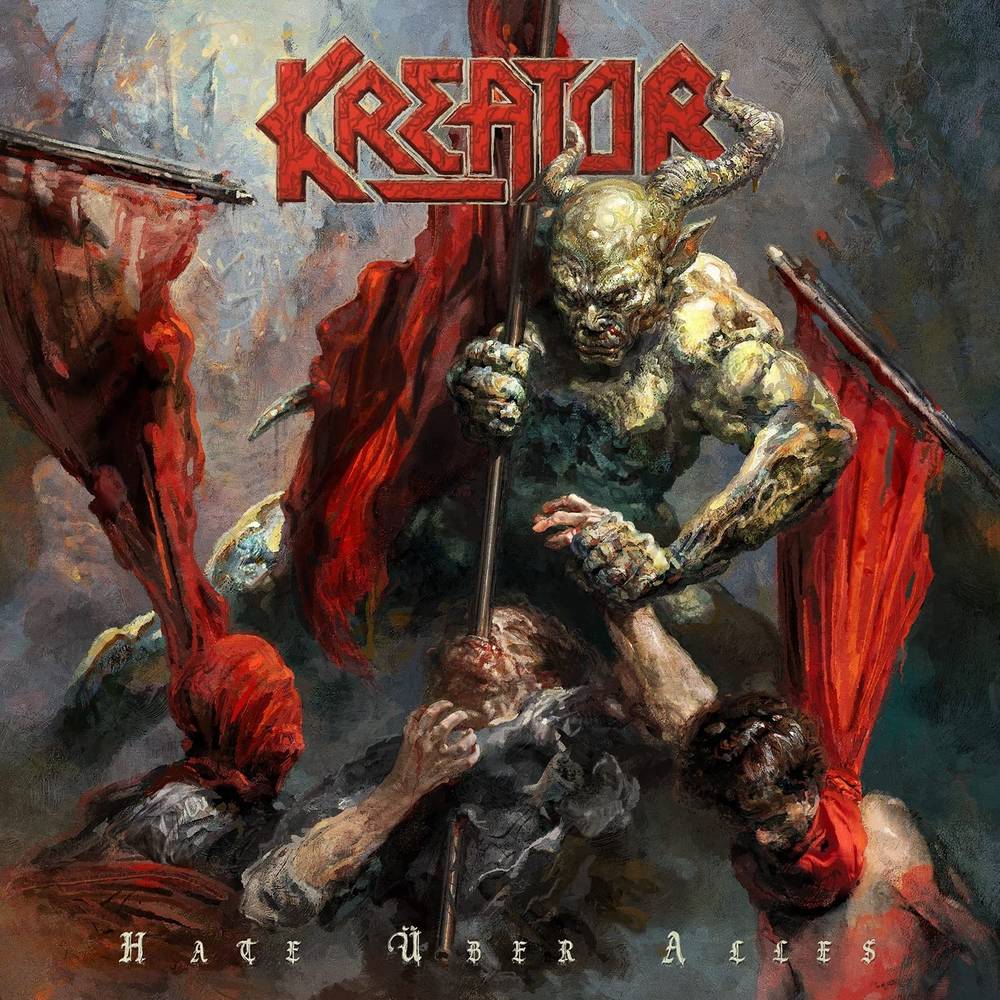 World renowned extreme Metal titans Kreator are back. 5 Years after their incredibly successful "Gods Of Violence" album (2107, #1 in the German album charts, #4 in Austria, #7 in Czech Republic and Finland + chart entries in numerous other territories), the genre-defining band presents their most political effort to date. "Hate Ăśber Alles" (in tradition of US punk icons DEAD KENNEDYS' "California Ăśber Alles") is a bold statement against hate and the division of society in today's world. While perfecting their signature sound of thrash metal that inspired countless other bands over the past 4 decades, Kreator have managed to close the gap between the old and new school, still reaching new audiences, playing sold out shows to even bigger crowds as they move on. "Hate Ăśber Alles" features 11 tracks that once again show who's boss in this game that many begin but only few ultimately last in. The crushing frenzy of the title track, the pounding "Strongest Of The Strong" featuring world famous vegan strongman Patrik Baboumian, the nostalgia of "Become Immortal" or the extravaganza of "Midnight Sun" make the band's 14th album their most diverse and thrilling so far. "Hate Ăśber Alles" will be accompanied by massive online and out-of-home campaigns, leading up to the band's European co-headlining tour with Grammy-nominated US powerhouse LAMB OF GOD in November/December 2022. The album is available in various lavish vinyl editions featuring a beautiful, yet grim trifold artwork by famous artist Eliran Kantor (TESTAMENT, SOULFLY, HELLOWEEN, HEAVEN SHALL BURN, HATEBREED among others) as well as CD.
HOURS: Mon 11am-7pm Tues / Wed / Thurs 11am-9pm Fri 11am-10pm Sat 10am-10pm Sun 11am-7pm
This website uses cookies to personalize content and analyse traffic in order to offer you a better experience.
I accept Learn More
back to top