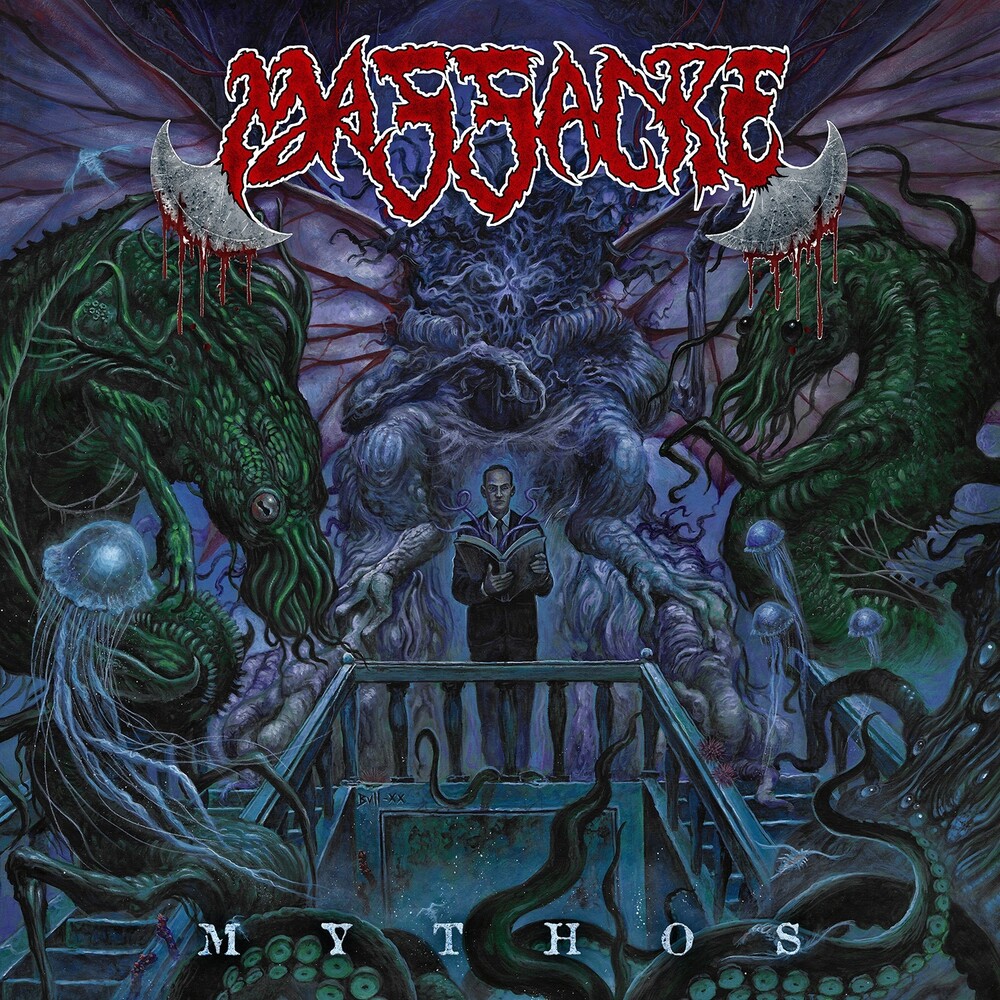 DISC: 1
1. Behind the Serpent's Curse (Feat. Anders Odden of Cadaver)
2. The Dunwich Horror
3. The Mythos That Lovecraft Built
4. The Thing on the Doorstep

The magnitude of Massacre's 2021 return-with original members Kam Lee (ex-Mantas, ex-Death) and Mike Borders are back in the fold-is incontestable as they harness eldritch powers of the Great Old Ones to properly follow-up From Beyond (1991) and the Inhuman Condition EP (1992). The 2021 release "Resurgence" found Massacre born again, and stronger than ever!Massacre formed in 1985 in Tampa, Florida. The group quickly shape-changed into a more stygian form after Lee assumed the frontman position-the sheer unnaturnal quality of Lee's "death growl" on Massacre's "Aggressive Tyrant" demo (1986) is one of the reasons he's bestowed "innovator" status in death metal. Of course, across a series of full-lengths-1991 classic "From Beyond", the unorthodox "Promise" (1996), and 2014's comeback (under a different lineup) effort "Back from Beyond"-Massacre have shown resilience and perseverance befitting a band with such an eminent history."Mythos" is a new 4 track ep only available on CD & digital. The first single "Behind The Serpent's Curse" features Anders Odden of Cadaver.
HOURS: Mon 11am-7pm Tues / Wed / Thurs 11am-9pm Fri 11am-10pm Sat 10am-10pm Sun 11am-7pm
This website uses cookies to personalize content and analyse traffic in order to offer you a better experience.
I accept Learn More
back to top