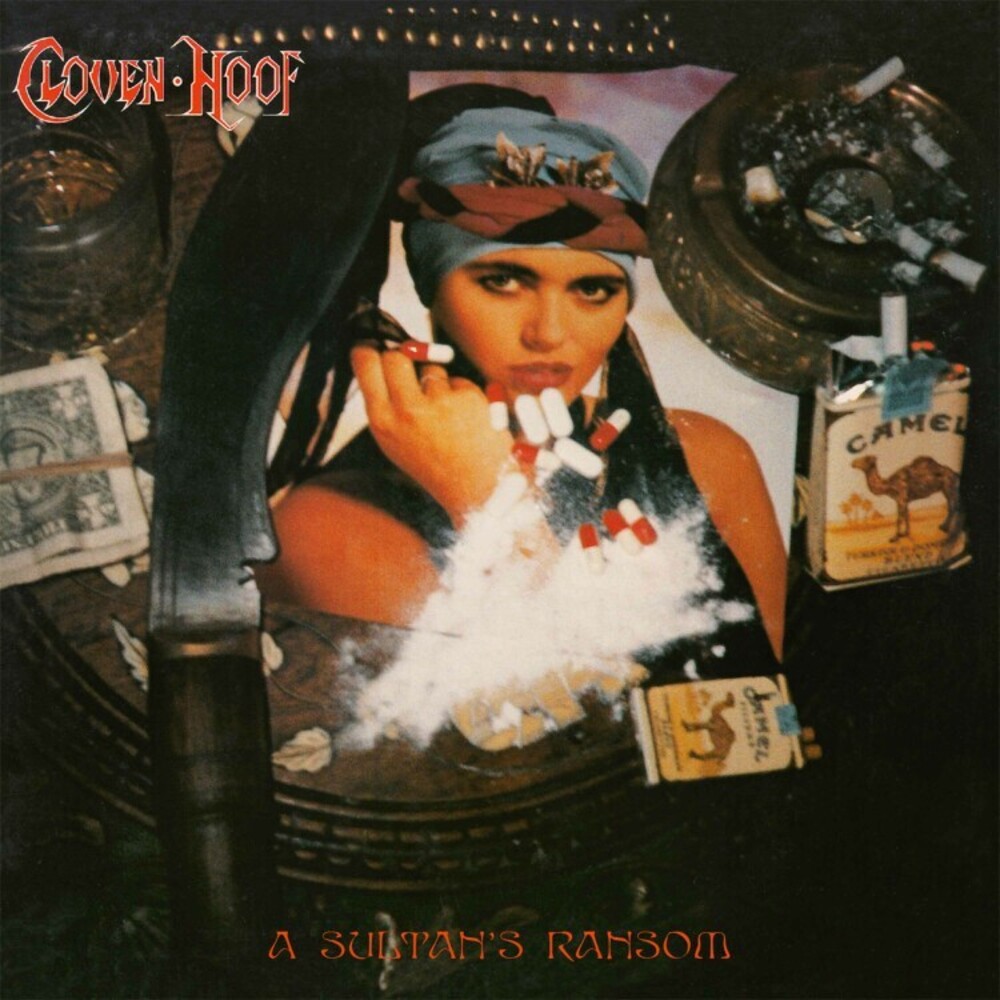 Cloven Hoof are probably one of the most underrated New Wave Of British Heavy Metal bands ever. An original copy of their 1982 debut E.P. "The opening Ritual" (released on Elemental Music) is changing hands for nearly 200 Euros nowadays. However, with their following albums "Cloven Hoof" (1984), a live album entitled "Fighting back" (1986) and "Dominator" (1988) the band explored new sonic landscapes (almost verging into Power Metal territory at times). "A Sultan's Ransom", Cloven Hoof's third studio longplayer, originally released in 1989, is an overlooked gem of an album. It does include some fantastic song like "Astral Rider" or "Mistress of the Forest". Bassist Lee Payne takes over the story: "'A Sultan's Ransom' got fantastic reviews when it was released and Chris Welsh from Metal Hammer described it as 'a foaming flagon of astro-physical metal that flies on wings of steel.' It got four stars and was mentioned as one of the best British metal albums of the year. The fans loved it too and it is probably the yard stick by which all our works are judged. Many people have said it is one of the albums which defines the power metal genre. Terrorizer magazine has it placed in the ten best power metal albums of all time and there are countless bands who have been influenced by it, so that is a great compliment." Cloven Hoof are not a band of the past. They are still going strong today and have taken festivals like Keep It True, British Steel or Headbangers Open Air by storm several times.
HOURS: Mon 11am-7pm Tues / Wed / Thurs 11am-9pm Fri 11am-10pm Sat 10am-10pm Sun 11am-7pm
This website uses cookies to personalize content and analyse traffic in order to offer you a better experience.
I accept Learn More
back to top