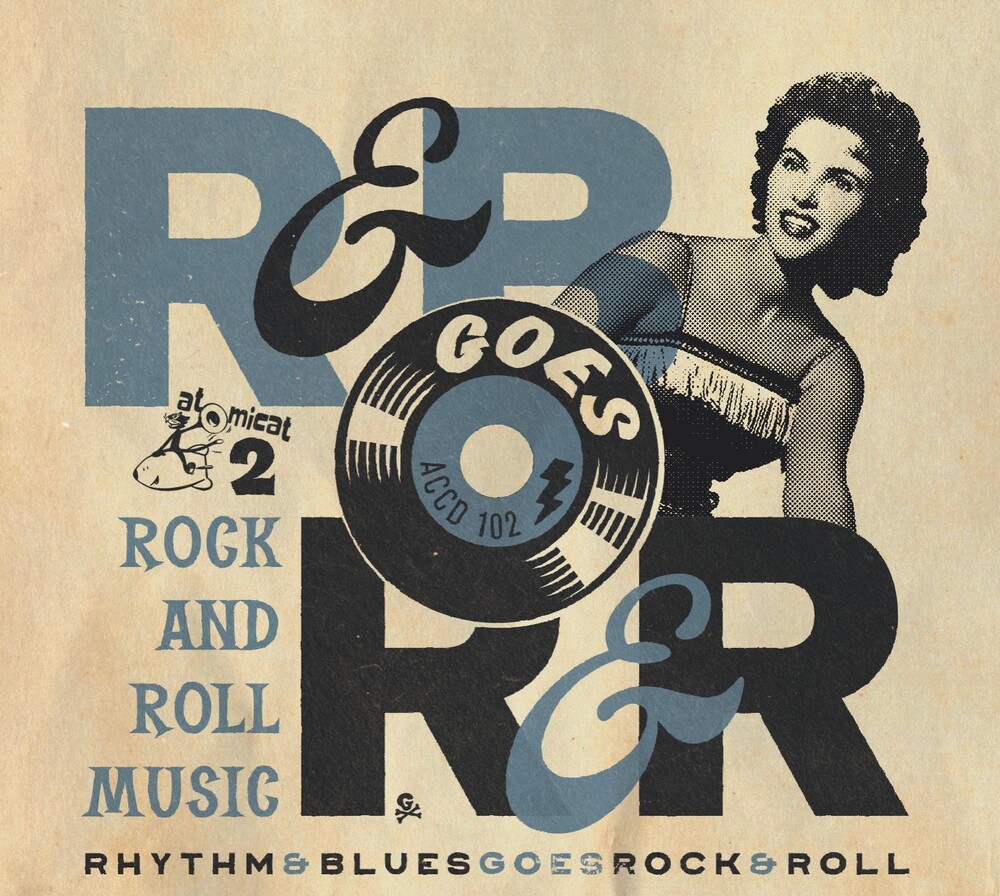 Rhythm & Blues Goes Rock & Roll 2 - Rock And Roll Music - is the second album in the series containing twenty-eight songs, and ends like Rock 'n' Roll evenings of the past, with a love song. The music within Rock And Roll Music is sourced from the golden years of 1954 through to 1963, from labels large and small. The album is stuffed full of American and Australian Rockers, and it is noticeable that crooners and country music performers needed to make some coin and jumped onto the Rock 'n' Roll bandwagon, often using a made-up identity. Many artists in the series are too many are mostly unknown, but not they are not lacking in star quality and the songs have danceability! Some titles had a pre-1950s history or were issued initially on independent labels, and Jukeboxes were often filled from labels that mainly covered hit recordings. Many of these cover songs had no writing credits or conflicting authorship, and the information on the album is taken from the source 45 RPM. The album will take where possible will credit the first American issue of a song. Below the used song the R&B versions information will be displayed, and should there be differing authorship or title, this will be indicated within the text.
HOURS: Mon 11am-7pm Tues / Wed / Thurs 11am-9pm Fri 11am-10pm Sat 10am-10pm Sun 11am-7pm
This website uses cookies to personalize content and analyse traffic in order to offer you a better experience.
I accept Learn More
back to top