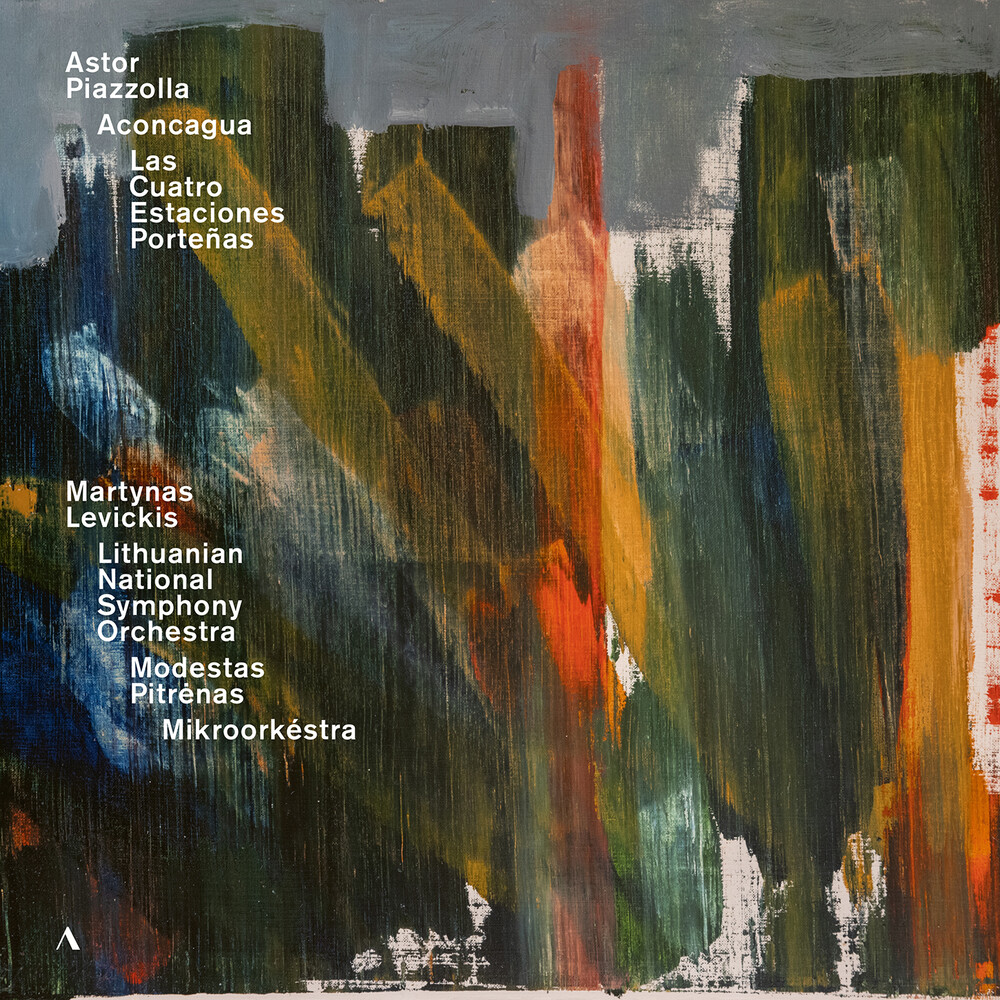 The accordion is an instrument that is deeply rooted in Lithuanian folk music. Today, the accordion is also recognized as a versatile instrument of classical music, a change in perception that has largely been promoted by Martynas Levickis, one of the most internationally sought-after musicians in his field. With it's lightness and melancholy, Astor Piazzolla's music has fascinated the young accordionist from an early age, and so it goes without saying that he is dedicating himself to this exceptional composer in his anniversary year. Together with the Lithuanian National Symphony Orchestra he recorded "Aconcagua" live in concert. For conductor Modestas Pitrenas, Piazzolla's concerto - named posthumously after the highest mountain in the Americas - "conveys the climb to the roof of the earth in all it's facets and symbolism: freedom, longing, loneliness, pain, transfiguration, peace." Levickis has a long and close collaboration with the chamber orchestra "MikroĂłrkestra". Together they present their interpretation of "Las Cuatro Estaciones Portenas," Piazzolla's timeless masterpieces of many styles that capture in music the four seasons in Argentina's capital Buenos Aires.
HOURS: Mon 11am-7pm Tues / Wed / Thurs 11am-9pm Fri 11am-10pm Sat 10am-10pm Sun 11am-7pm
This website uses cookies to personalize content and analyse traffic in order to offer you a better experience.
I accept Learn More
back to top