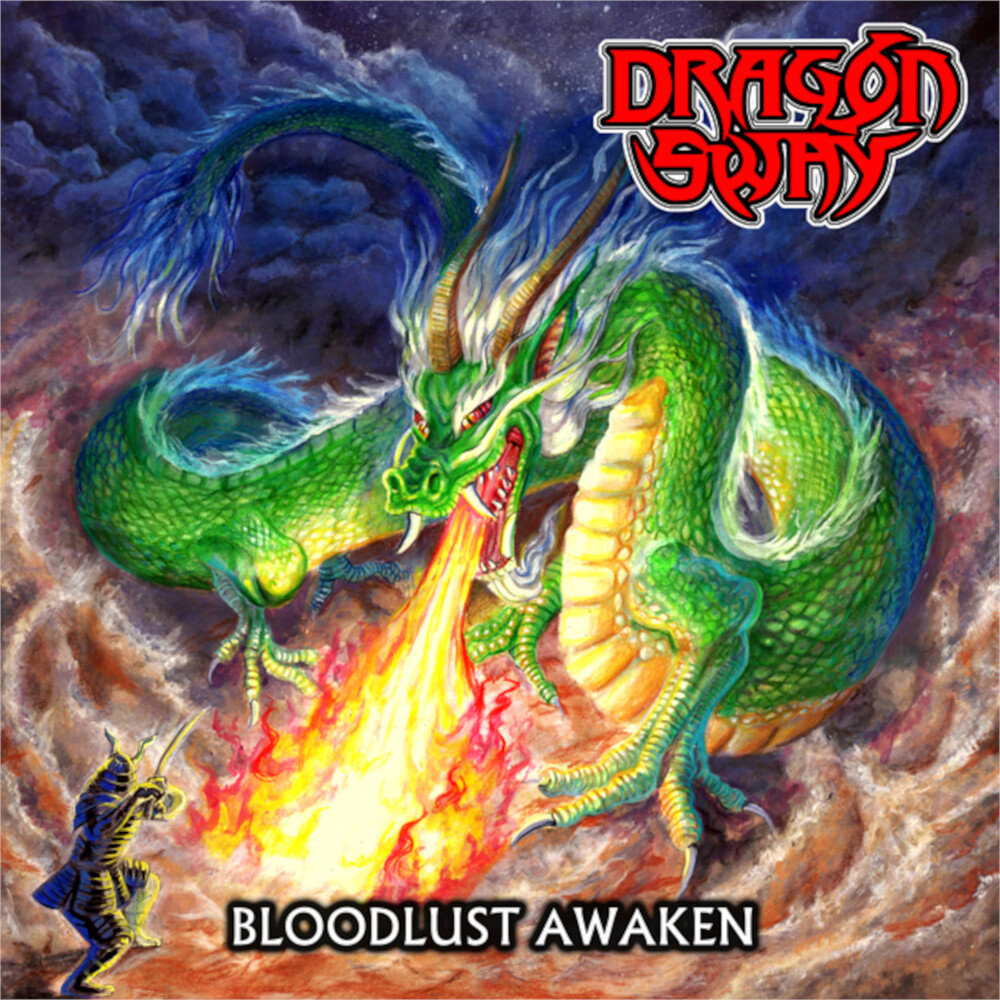 Here is a razor sharp slab of true Heavy Metal, traditional yet modern. This is a powerhouse of a debut, executed by extremely high caliber musicians that escape the trappings of a "supergroup." Dragon Sway is the fully realized collaboration of Japanese guitar legend Warzy (Narcotic Greed, Hate Beyond, Grim Force) and Norwegian singer J-Ram. The world had it's first taste of what these two could accomplish when they covered the LOUDNESS classic "Dream Fantasy" on Warzy's 2019 solo album, and the fans craved more! Aptly titled, "Bloodlust Awaken" is an album of fierce metal, that is on the attack. It is an uncanny hybrid of aggression and melody with the high brow artistry of Voivod. The riffs are smart and sick! Somewhere between thrash metal, power metal, and the heaviest of the 80's in a territory all their own. A case could be made that Dragon Sway is the darker, heavier version of Dokken that you always wanted. Comparisons have been made to Obsession, Forbidden, and even Bride... but this band is their own entity, and lethal as the martial arts maneuver they are named after.
HOURS: Mon 11am-7pm Tues / Wed / Thurs 11am-9pm Fri 11am-10pm Sat 10am-10pm Sun 11am-7pm
This website uses cookies to personalize content and analyse traffic in order to offer you a better experience.
I accept Learn More
back to top