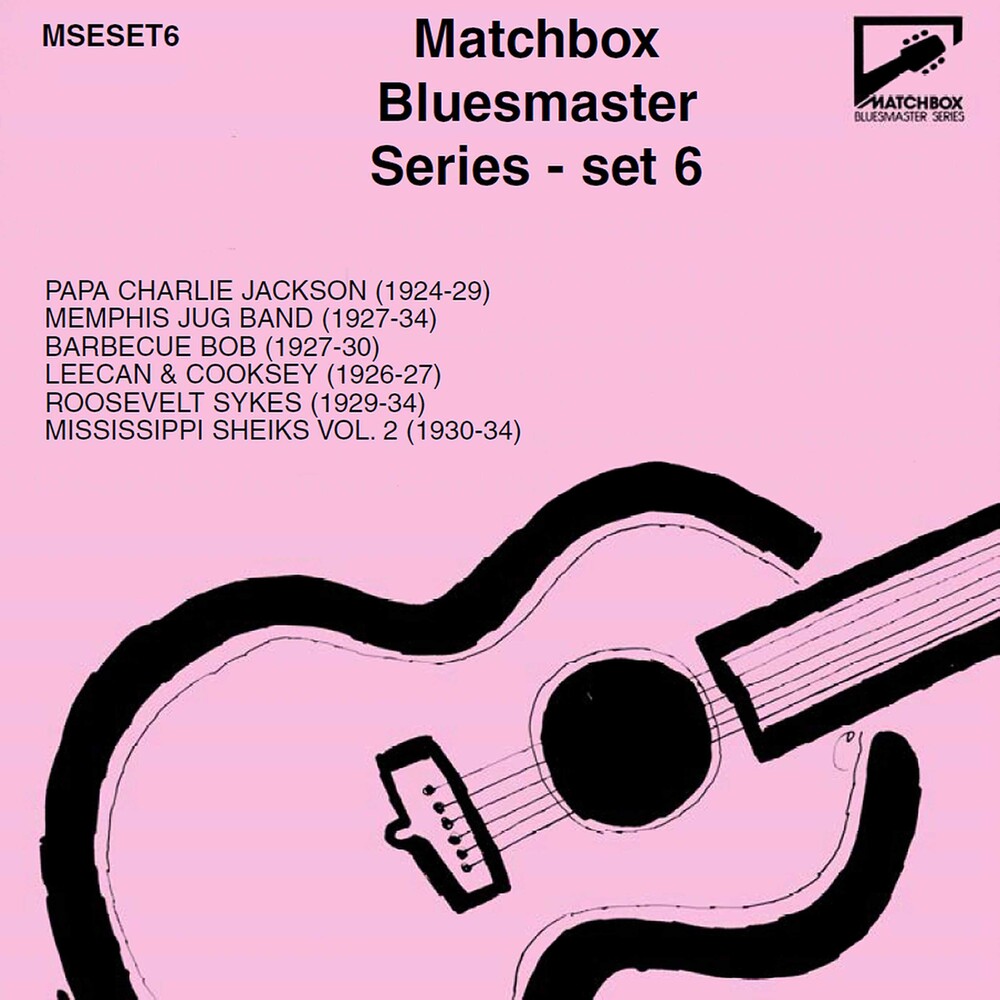 Here we present Volume 6 of the album release of the iconic Matchbox Bluesmaster series from the 1980s with extensive notes from world authority on the blues, Paul Oliver. There is no doubt Charlie Jackson was immensely popular as an entertainer who could sing this kind of blues, but whose great importance in the history of black song lay in the breadth of his repertoire. We are immensely fortunate to have such a generous representation of the work of a songster who was borna century ago: this collection includes many of his best and most interesting titles. When most of the groups had lost their contracts with the Depression, Shade's Memphis Jug Band held on. The last half-dozen titles on the second album in this set were made at sessions in 1934. When the Saints Go Marching In, the anthem of the New Orleans Revival, opens this collection of recordings by Barbecue Bob (Robert Hicks). Today it seems a vastly overexposed tune, though in the 1920sit was quite unfamiliar. No blues singer that knew him has a bad word to say about Roosevelt Sykes. Like Big Bill Broonzy, he was much liked by his contemporaries, who admired his ability, his professionalism and his personality. In some respect he was unusual among blues singers for he had an outgoing disposition and seemed to have borne any discomforts in his life without rancor and without letting them affect his generally optimistic outlook. Possibly though, he had a life that was rather less hard than that of many blues singers, with a stable home background, and for most of his career, steady employment. The tracks that probably give us the best impression of the Mississippi Sheiks performing live, are the sole coupling that was released from eight recorded for Columbia in 1933. There are definitely two guitars on these titles, with presumably, Bo Chatman providing support for Walter Vincson, and Lonnie at his best on violin.
HOURS: Mon 11am-7pm Tues / Wed / Thurs 11am-9pm Fri 11am-10pm Sat 10am-10pm Sun 11am-7pm
This website uses cookies to personalize content and analyse traffic in order to offer you a better experience.
I accept Learn More
back to top