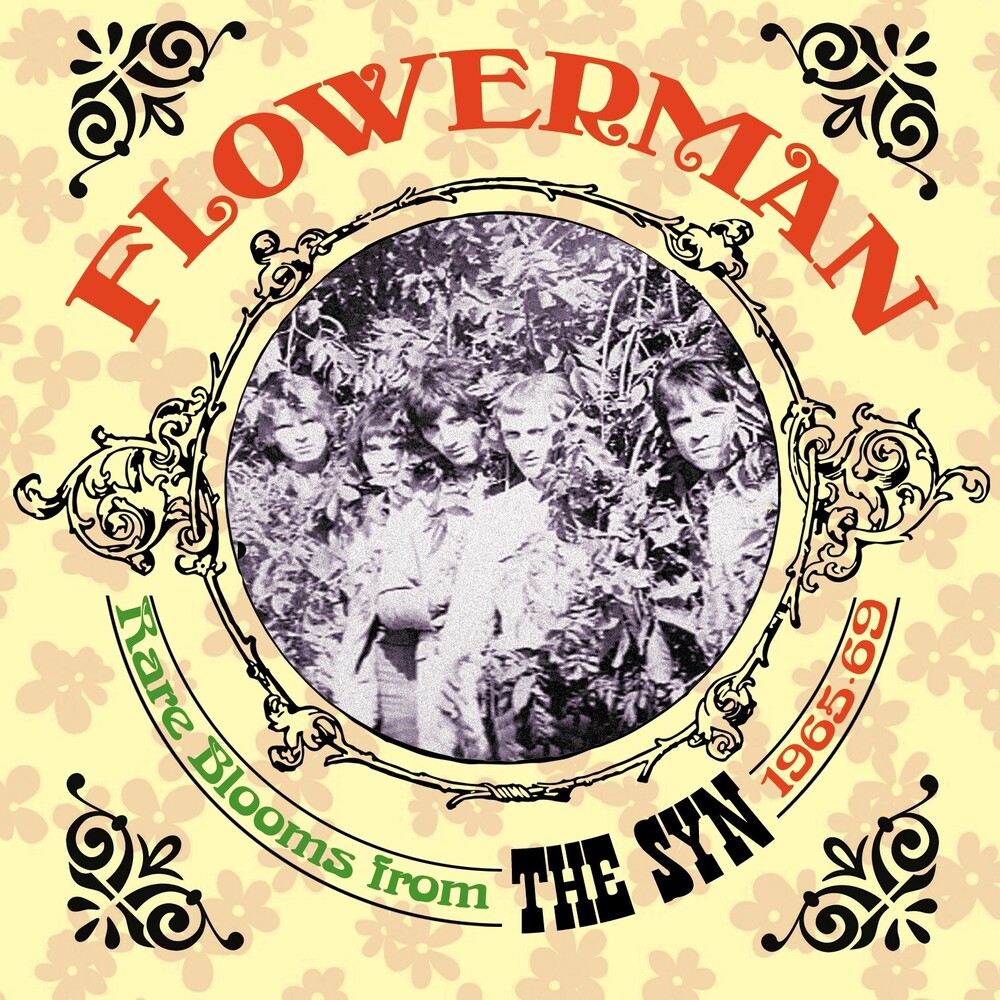 An anthology of all surviving '60s recordings by The Syn, key players on the London summer-of-'67 underground circuit and the starting point for prog legends Yes. Active from late 1965 as an Action-style mod/Motown band, The Syn embraced psychedelia with some legendary theatrical shows during their Marquee Club residency and a brace of flower-power singles for Deram before slowly evolving into Yes. Those four Deram sides - 'Created By Clive', 'Grounded', 'Flowerman' and '14 Hour Technicolour Dream' - are joined by a clutch of rare recordings from the period, including a five-minute rehearsal excerpt of stage favourite 'The Gangster Opera', an earlier recording of 'Flowerman', a pre- Deram acetate of the unissued-at-the-time 'Merry-Go-Round' and two tracks by pre-Syn band The Selfs. The CD also includes some post-Syn recordings, including a brace of songwriting demos by singer Steve Nardelli, keyboardist Andrew Pryce Jackman and bassist Chris Squire as they attempted to set up a production company at the height of Squire's success with Yes. With a foreword by Phil Collins (a huge fan during their Marquee days), many previously unpublished photos and a new 5000 word essay, 'Flowerman' is an essential purchase for admirers of both vintage British psychedelia and the band Yes
HOURS: Mon 11am-7pm Tues / Wed / Thurs 11am-9pm Fri 11am-10pm Sat 10am-10pm Sun 11am-7pm