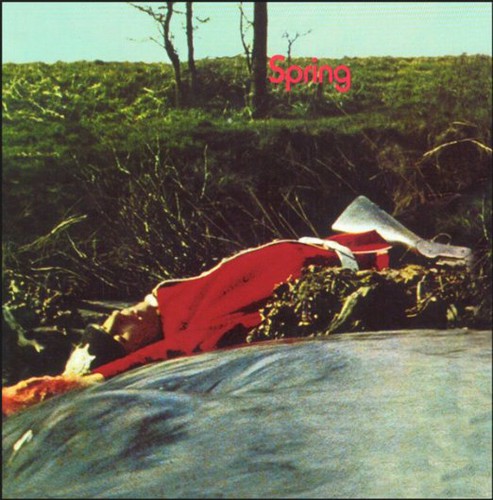 Digitally remastered and expanded two CD edition of the classic 1971 album by the British progressive rock group Spring. Spring came together at the end of the 1960s and their unique brand of prog caught the attention of Kingsley Ward, the founder of Rockfield Studios in Monmouth, when the band's van broke down in the town on the way back to Leicester from a concert in South Wales. Through Rockfield, Spring came to the attention of Gus Dudgeon and Tuesday Productions who signed the band to a recording contract. The album Spring was released on the legendary RCA Neon label in 1971 and featured a line-up of Pat Moran (vocals, mellotron), Adrian Moloney (bass), Kipps Brown (keyboards), Ray Martinez (guitar, mellotron) and Pick Withers (drums, percussion). Produced by Gus Dudgeon, Spring has now become regarded as one of the great unsung masterpieces of the classic progressive rock era. This album has now been remastered from the original master tapes and also features a bonus CD of 12 tracks, released officially for the first time, of material intended for a second, unreleased album. Remastered from tapes in the possession of the estate of Pat Moran and in the vaults of Tuesday Productions, this Esoteric Recordings release is the definitive edition of this classic album.
HOURS: Mon 11am-7pm Tues / Wed / Thurs 11am-9pm Fri 11am-10pm Sat 10am-10pm Sun 11am-7pm
This website uses cookies to personalize content and analyse traffic in order to offer you a better experience.
I accept Learn More
back to top