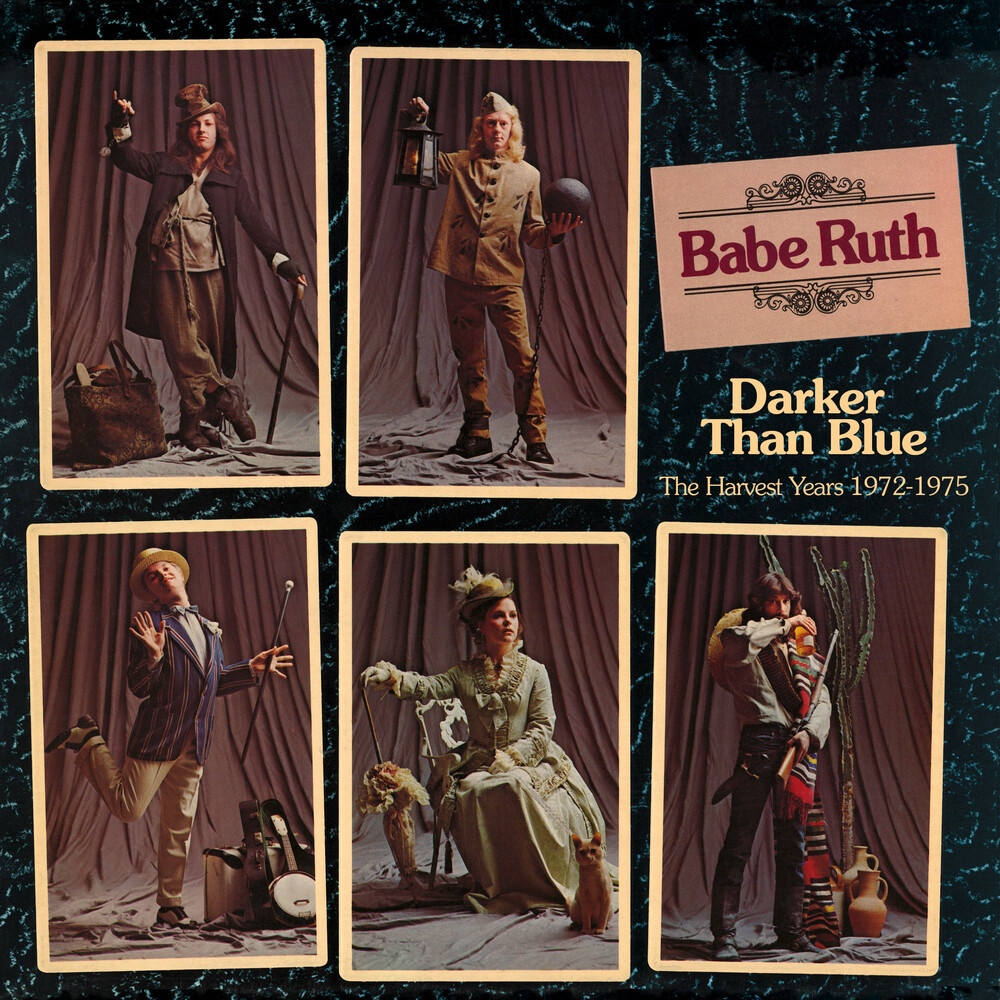 New 3cd Clamshell Boxed Set Of The Albums And Singles By The Band Babe Ruth Recorded For The Harvest Label Between 1972 And 1975. Featuring The Albums 'First Base', 'Amar Caballero' And 'Babe Ruth'. Newly Remastered From The Original Harvest Master Tapes With An Illustrated Booklet Featuring An Essay. Babe Ruth was formed Iin Hatfield in 1970 by guitarist Alan Shacklock and featured vocalist Janita "Jenny" Haan, bassist Dave Hewitt and drummer Jeff Allen. Their unique brand of soulful Progressive Rock soon gained many admirers and in 1972 they signed a contract with EMI Records' Progressive imprint, Harvest. By this time Jeff Allen had departed and Dick Powell joined on drums. The band's line-up was also expanded by the arrival of keyboard player Dave Punshon. Babe Ruth stood out from many of their labelmates, partly due to Haan's vocals and through the band's ability to generate a soulful edge to their music. Their debut album, 'First Base' was issued in 1972 and featured the classic tracks 'Wells Fargo' and 'The Mexican' (later covered by Jellybean Benitez in 1984), which gained considerable air play in Canada (where the album gained Gold Disc status) and the USA, but the record inexplicably failed to match this success in the UK. The arrival of Chris Holmes on keyboards and new drummer Ed Spevock in 1974 saw them follow their debut with 'Amar Caballero', before the band's final album for Harvest in 1975, the eponymous 'Babe Ruth' which was a hit in the USA and Canada and featured the band's memorable cover of the theme from the film A Fistful Of Dollars and the Curtis Mayfield composition 'We People Darker Than Blue'. Soon after the album's release Alan Shacklock departed the band (to be replaced by Bernie Marsden) and Babe Ruth moved labels to Capitol Records.
HOURS: Mon 11am-7pm Tues / Wed / Thurs 11am-9pm Fri 11am-10pm Sat 10am-10pm Sun 11am-7pm
This website uses cookies to personalize content and analyse traffic in order to offer you a better experience.
I accept Learn More
back to top