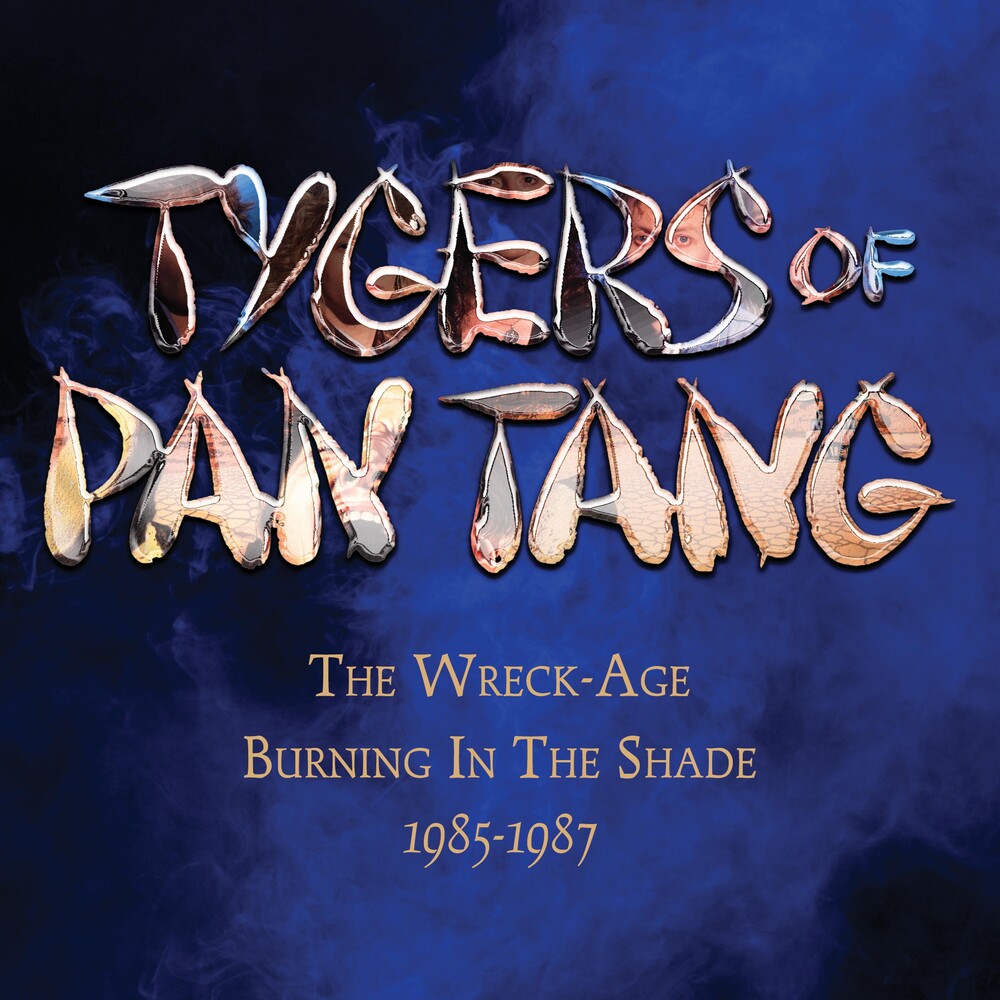 Two albums from the mid-80s reformation of Tygers of Pan Tang. Featuring singer Jon Deverill and founding drummer Brian Dick with a new look and a new sounding band. Including further insights into these two unique albums on a third CD of demos. With an illustrated booklet, this new package comes with a new liner notes from NWOBHM expert John Tucker. Originally forming in Whitley Bay in the North-East of England in 1978, Tygers of Pan Tang came to prominence as lynchpins of the New Wave Of British Heavy Metal, alongside Iron Maiden and Saxon. Singer Jon Deverill replaced original vocalist Jess Cox for the Tygers' second major label album 'Spellbound', released on MCA in 1981. Despite Top 20 success with fourth album 'The Cage', following a minor hit with their cover of 'Love Potion Number 9', the band called it a day in 1984. CD1 features 1985's 'The Wreck-Age' which sported a more radio-friendly sound than the original band. Originally released by heavy metal orientated labels Music For Nations and Roadrunner, it featured songs such as 'Waiting', 'Innocent Eyes' and 'Women In Cages'. With songs such as 'The First (The Only One)', 'Dream Ticket' and 'Sweet Lies', this near AOR direction was further explored for 1987's 'Burning In The Shade' (CD2). Despite a strong set of melodic rock songs, the album struggled to find an audience, who probably favoured their earlier more gritty NWOBHM output between 1980 and 1982.
HOURS: Mon 11am-7pm Tues / Wed / Thurs 11am-9pm Fri 11am-10pm Sat 10am-10pm Sun 11am-7pm
This website uses cookies to personalize content and analyse traffic in order to offer you a better experience.
I accept Learn More
back to top