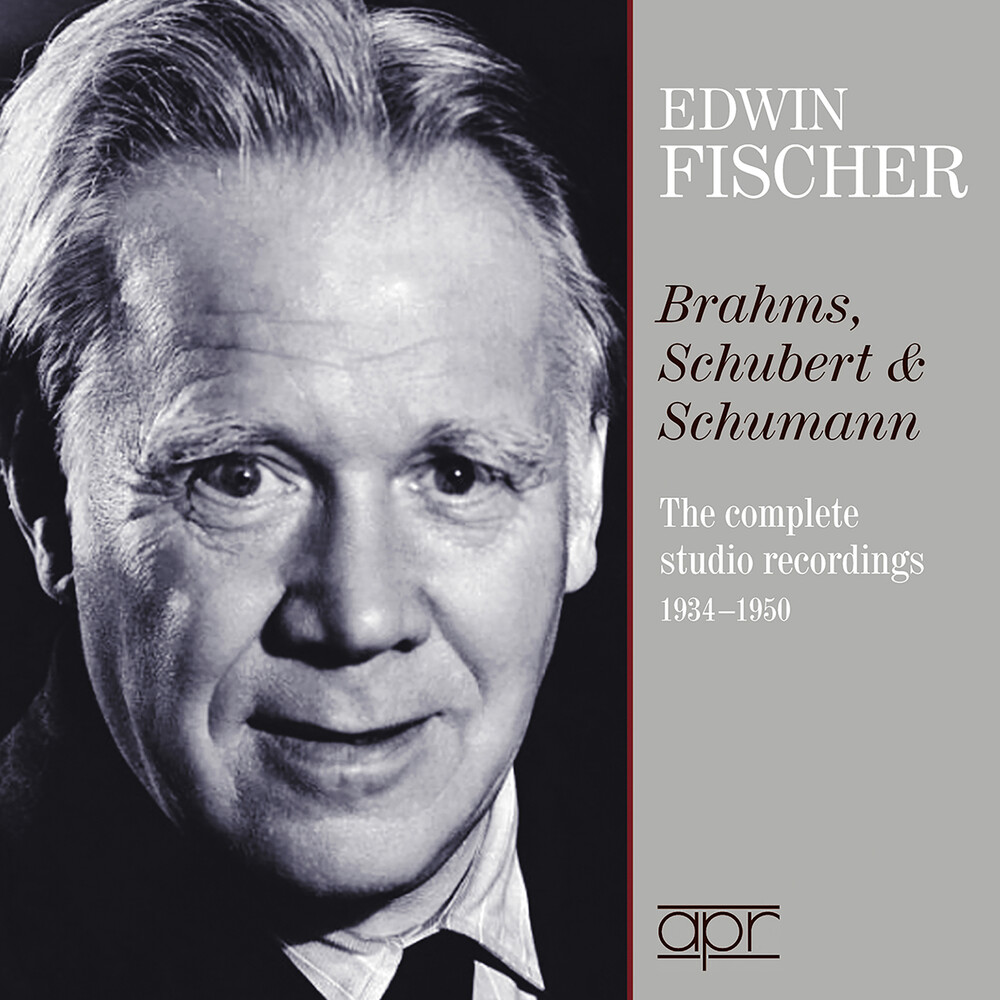 This release features some of Fischer's best-known recordings and also his rarest. His pre-war Schubert recordings are classics of the gramophone and have been almost continuously available. APR's original 1997 transfers of the Impromptus had the benefit of being taken from vinyl pressings of the 78rpm masters and this reissue has allowed us to improve them even further, presenting these gems in the best possible sound. Fischer's recordings of Brahms and Schumann, on the other hand are much less known and indeed his masterly performance of the 1st Brahms Piano Quartet, recorded in Germany just after the start of the war with principals from the Edwin Fischer Chamber Orchestra, and only issued there, is extremely rare. Not much better known are the very fine Brahms group from 1947, and from 1949 we have the Brahms F minor Sonata and the Schumann Fantasy, his only Schumann recording, but a work he described as "a symbol of the soul of the piano."
HOURS: Mon 11am-7pm Tues / Wed / Thurs 11am-9pm Fri 11am-10pm Sat 10am-10pm Sun 11am-7pm
This website uses cookies to personalize content and analyse traffic in order to offer you a better experience.
I accept Learn More
back to top