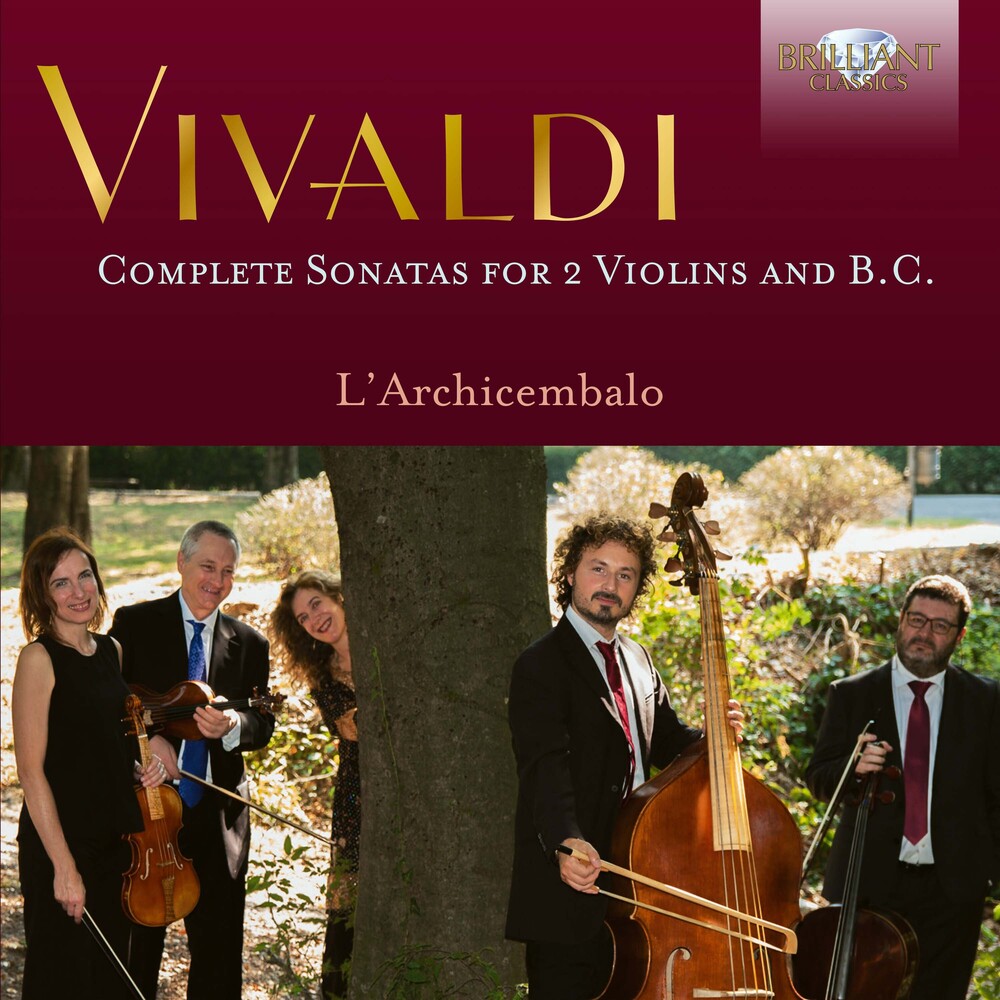 Antonín Vivaldi (1678-1741) was 27 years old when his Opus 1 collection of 12 sonatas first appeared in print in 1705. Whether or not they represent his earliest acknowledged compositions, they certainly mark the start of a glittering career, bearing already identifiable Vivaldian fingerprints while also drawing on a heritage of Italianate chamber music exemplified by the trio sonatas of Corelli. The form of these early works resembles a suite rather than the three- and four-movement pieces determined by tempo marking which soon became standard practice for the sonatas and concertos composed by Vivaldi in such profusion. In all but three of the Opus 1 Sonatas, a freely developed prelude introduces a sequence of three dance movements such as sarabandes, gigues and gavottes. Solemnity and lively intimacy sit side by side, in an ingenious synthesis of church and chamber modes of expression. Vivaldi's Opus 1 reaches a grand climax with a free-standing set of variations on the most popular melody in 18th century Italy, 'La Folia'. This grave and antique chord-sequence of Spanish origin inspired the 20-something composer to handle the familiar instrumental line-up in a bold new way, liberating the bass line from a supporting role and giving some especially brilliant canonical dialogues to the two violins. The sonata demonstrates the degree to which vocal writing inspired Vivaldi's slow movements and paved the way for his future ventures in opera. The album is completed by two sonatas from the Opus 5 collection published in 1716, and six more sonatas without an opus number (RV 60, 68, 71, 71, 74 and 77 in the Vivaldi catalogue), all scored for the same combination of instruments.
HOURS: Mon 11am-7pm Tues / Wed / Thurs 11am-9pm Fri 11am-10pm Sat 10am-10pm Sun 11am-7pm