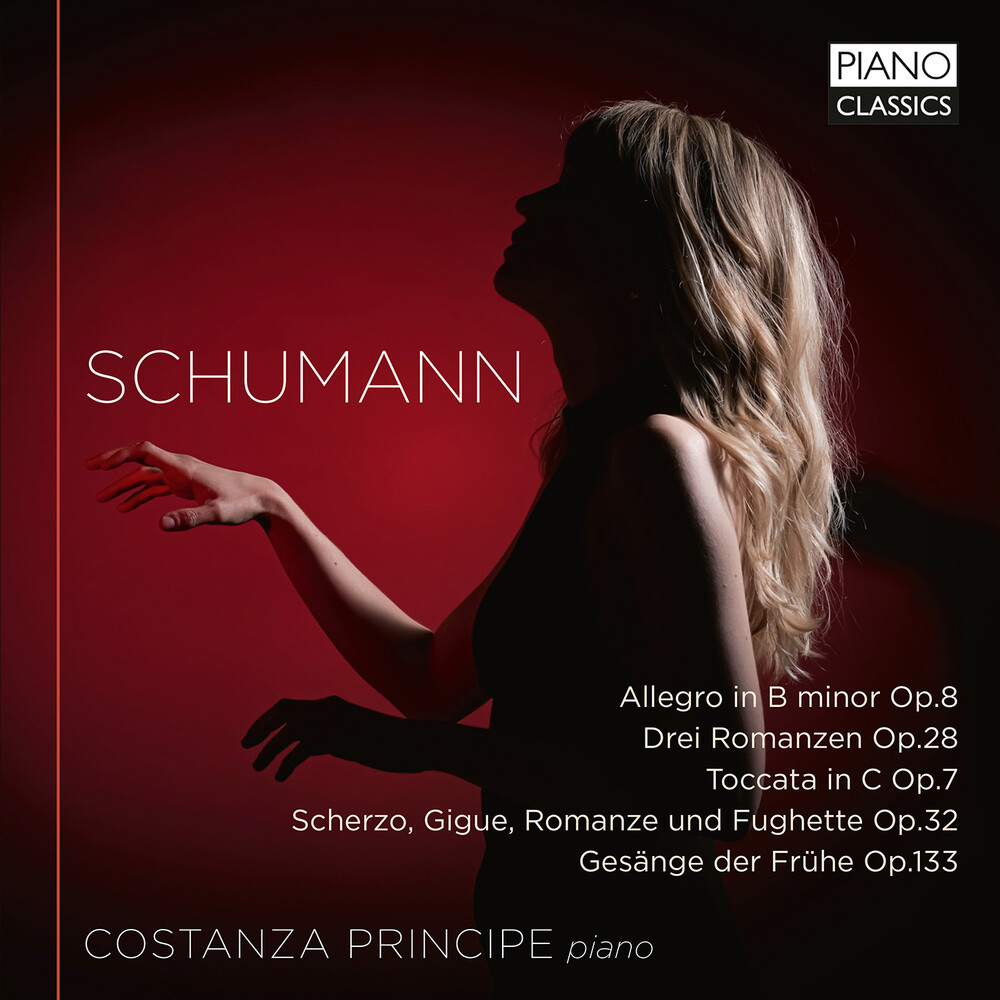 It was at a recital by Enrico Pace, hearing Schumann's Novellettes, that the 16-year-old Costanza Principe determined she wished to dedicate her energies to the piano. She had been studying the instrument since the age of six and playing in public since the age of seven, but these still underrated pieces of Schumann set her on a path that has since taken her past degrees at conservatoires in Milan and London, and a Wigmore Hall recital debut in 2016. There is a certain inevitability to the presence of Schumann on her debut album -and not any Schumann, a standard run through of Carnaval, Papillons and Arabesques, but much less familiar pieces that test the expressive reflexes of the most dedicated Schumann interpreter. Neglected ever since Schumann composed it during his troublesome stay in Vienna (1838-1839), while away from but passionately attached to Clara, the collection of Scherzo, Gigue, Romanze und Fughette Op. 32 was curiously never performed as a set during Schumann's lifetime. Written in 1839, the Three Romances Op. 28 also suffered a troubled birth, as a Christmas present to Clara -the two now engaged -but one which he did not value sufficiently to dedicate to her. Yet under the hands of an interpreter as sympathetic as Costanza Principe, these pieces surge and swell with the composer's uniquely impassioned and vulnerable voice. She also includes pieces from the opposite ends of Schumann's career: the tumultuous Allegro Op. 8, a Beethovenian flexing of pianistic muscle from the 21-year-old composer; and the poignant collection of GesĂ¤nge der FrĂĽhe Op. 133, composed five months before his attempted suicide and confinement within the asylum at Endenich.
HOURS: Mon 11am-7pm Tues / Wed / Thurs 11am-9pm Fri 11am-10pm Sat 10am-10pm Sun 11am-7pm
This website uses cookies to personalize content and analyse traffic in order to offer you a better experience.
I accept Learn More
back to top