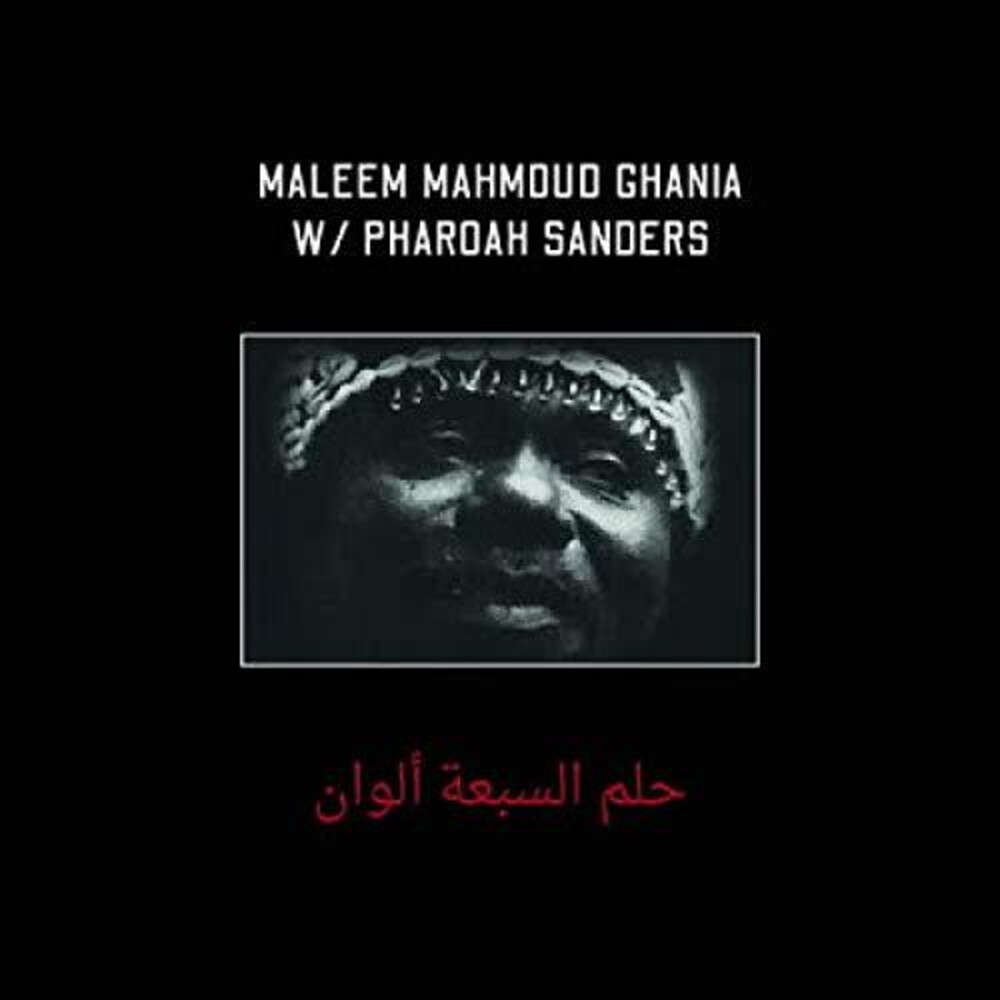 Zehra present The Trance Of Seven Colors by master Gnawa musician Maleem Mahmoud Ghania and free jazz legend Pharoah Sanders, available on vinyl for the very first time. Originally released in 1994 on Bill Laswell's Axiom imprint, and produced by Bill Laswell, The Trance Of Seven Colors is the meeting of two true musical masters. Maleem Mahmoud Ghania (1951-2015), son of the master of Gnawa music Maleem Boubker Ghania and the famous clairvoyant and "moqaddema", A'isha Qabral, and a master of the traditional Gnawa style in his own right. Mahmoud learned this craft as a youth along with his brothers, walking from village to village, performing ceremonies with his father Boubker and was one of the few masters (Maleem) who continued to practice the Gnawa tradition strictly for healing (the central ritual of the Gnawa is the trance music ceremony - with the purpose of healing or purification of the participants). With 30 cassette releases of music from the Gnawa repertoire with his own ensemble and performances at every major festival in Morocco, including performing for the King in various contexts, Mahmoud Ghania was also one of Morocco's most prominent professional musicians. In 1994, Bill Laswell and Pharoah Sanders went to Morocco equipped with just some mobile recording devices to record Ghania and a large ensemble of musicians (a good portion being family members) in a very intimate set-up at a private house. Sanders, the legendary free jazz musician, contributed the distinctive tenor saxophone sounds that gained him highest praise as a truly spiritual soul right from the days of playing with John Coltrane and his wife Alice and on seminal solo albums, like Karma (1969). The aptly titled The Trance Of Seven Colors ranks among the best Gnawa recordings ever released, making it onto The Vinyl Factory's list of "10 incredible percussive albums from around the world". 25 years after it's original CD release, it is finally available on vinyl. Remastered for vinyl and vinyl cut by Rashad Becker at Dubplates & Mastering, Berlin. 180 gram vinyl; comes in gatefold sleeve; includes download code. "One of the most important albums of Gnawa trance music released in the '90s." -The Attic "first-hand access to Gnawa healing ceremonial music" -All Music
HOURS: Mon 11am-7pm Tues / Wed / Thurs 11am-9pm Fri 11am-10pm Sat 10am-10pm Sun 11am-7pm
This website uses cookies to personalize content and analyse traffic in order to offer you a better experience.
I accept Learn More
back to top