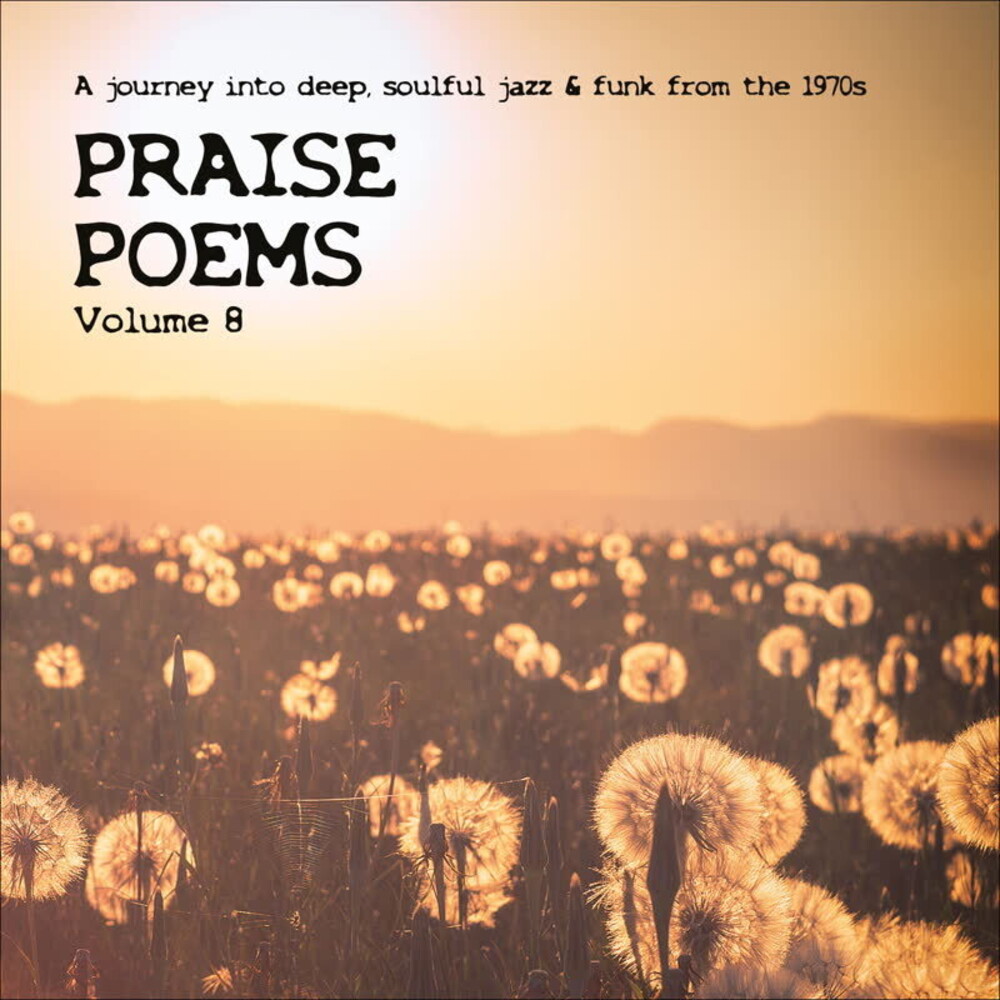 'After 6 years and 7 volumes, the Tramp Records crew invites you to join them on yet another enlightening journey into soulful Jazz, Folk and Funk from the 1970s. This 8th volume contains nineteen Jazz, Soul and Folk nuggets from between the late 1960s and the late 1970s. One of the many highlights is the opening track by Bobby Cole which is most likely one of the finest independently produced vocal jazz recordings ever put on wax. So true. Oscar Brown Jr. And Mark Murphy sends it's regards. But that's just the beginning. Praise Poems Vol.8 covers a wide selection of genres, from big band jazz (Helmut Pistor's Big Rock Jazz Band and Germany's own Ladykiller) to psych-pop (Portraits in Sound, Harve and Charee and Allison & Shaffer), from folk-rock (Flash, Garndarf and the incredible Fang Buzbee) to AOR (The Menagerie and Penn Central), completing the set with a handful of melancholic folk beauties, most notably Hans Hass Jr.'s mind-blowing 'Welche Farbe hat der Wind'. Very few compilation series' release as many as eight volumes and those that get that far often start to run out of quality music or meander too far from their original artistic direction. That certainly is not the case with the 'Praise Poems' series which leaps from strength-to-strength as our team of compilers and researchers continue to unearth lost and often overlooked music from an era long gone. Many of these records were released in small quantities as private pressings or by small regional labels. Obviously, those labels neither had the budget, expertise, nor options to promote their releases in a sweeping way. Therefore the majority of these artists failed to find the wider audience their music so richly deserved.
HOURS: Mon 11am-7pm Tues / Wed / Thurs 11am-9pm Fri 11am-10pm Sat 10am-10pm Sun 11am-7pm
This website uses cookies to personalize content and analyse traffic in order to offer you a better experience.
I accept Learn More
back to top