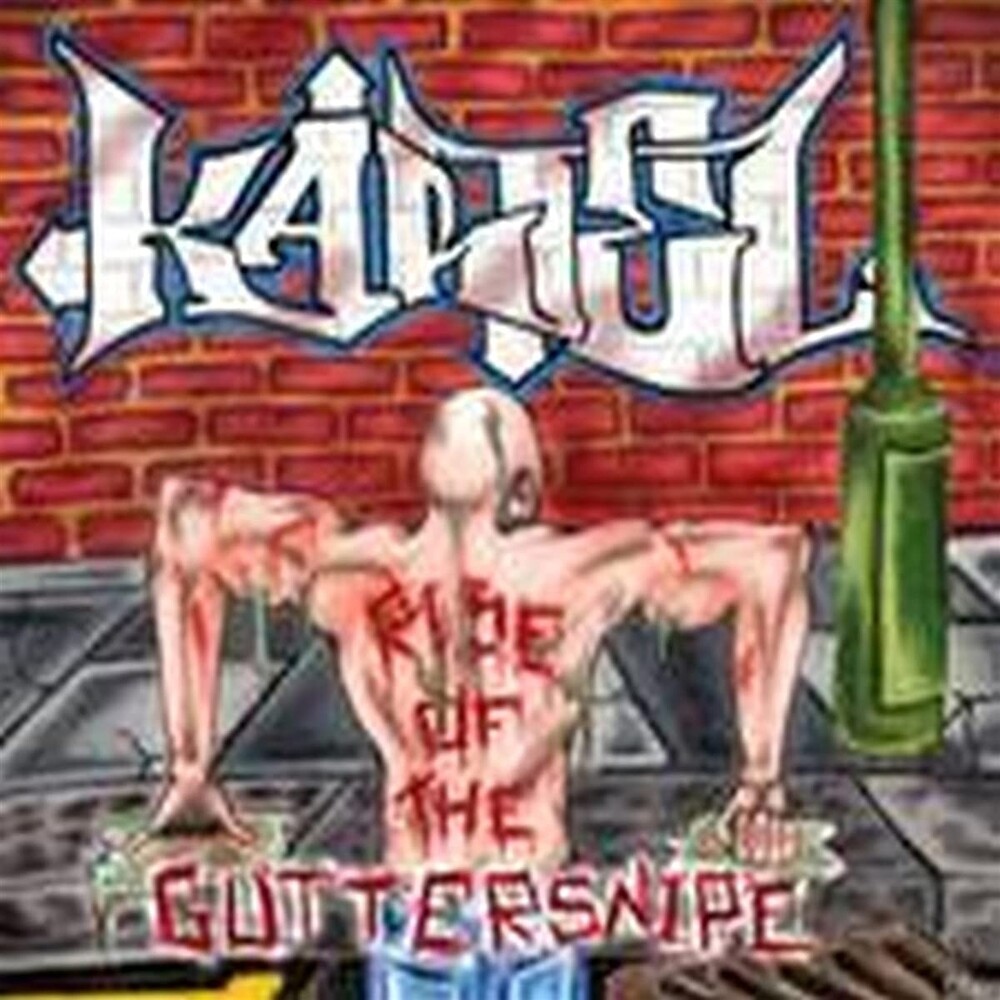 With a predominantly South London based line-up, Kartel possess a brutal urban groove which viciously pounds through their songs. Generally influenced by the New York or New Jersey style of heavy hardcore, the band blend a wide mix of influences to create a unique but unmistakably London brand of hardcore. Kartel's music is undoubtedly a landmark in brutal yet technical originality - elements of hip-hop and thrash metal combine with the band's distinctive groove and off-beat, inimitable breakdowns to create a truly incomparable sound. Pete and DBS' raw but clear vocal styles effectively contrast and mesh, spitting bitter tales of hatred, social-injustice and revenge. Staunchly original and heavy hardcore from South London, off-key rhythms and devastating dual vocals crossed with insane metallic leads! South London's Kartel bring something truly unique to the table with their long awaited full-length 'Rise of the Guttersnipe'. Based in heavy hardcore, the ideas the band have brought in from outside the traditional bring a fresh new outlook to what can be a tired genre if not done right. Whilst drawing inspiration from hip-hop and thrash metal is nothing out of the ordinary in this day and age, the way the band applies these influences truly sets them apart. With their distinctive tempos, deceptive breaks and constant groove, Kartel have next to no reliance on what you would expect yet can still hit you with the basic smack round the head that the title track delivers. Rammed with ferocious dance-parts and caustic (yet occasionally melodic) vocals, the music on 'Rise of the Guttersnipe' sounds just as inspirational as it's title.
HOURS: Mon 11am-7pm Tues / Wed / Thurs 11am-9pm Fri 11am-10pm Sat 10am-10pm Sun 11am-7pm
This website uses cookies to personalize content and analyse traffic in order to offer you a better experience.
I accept Learn More
back to top