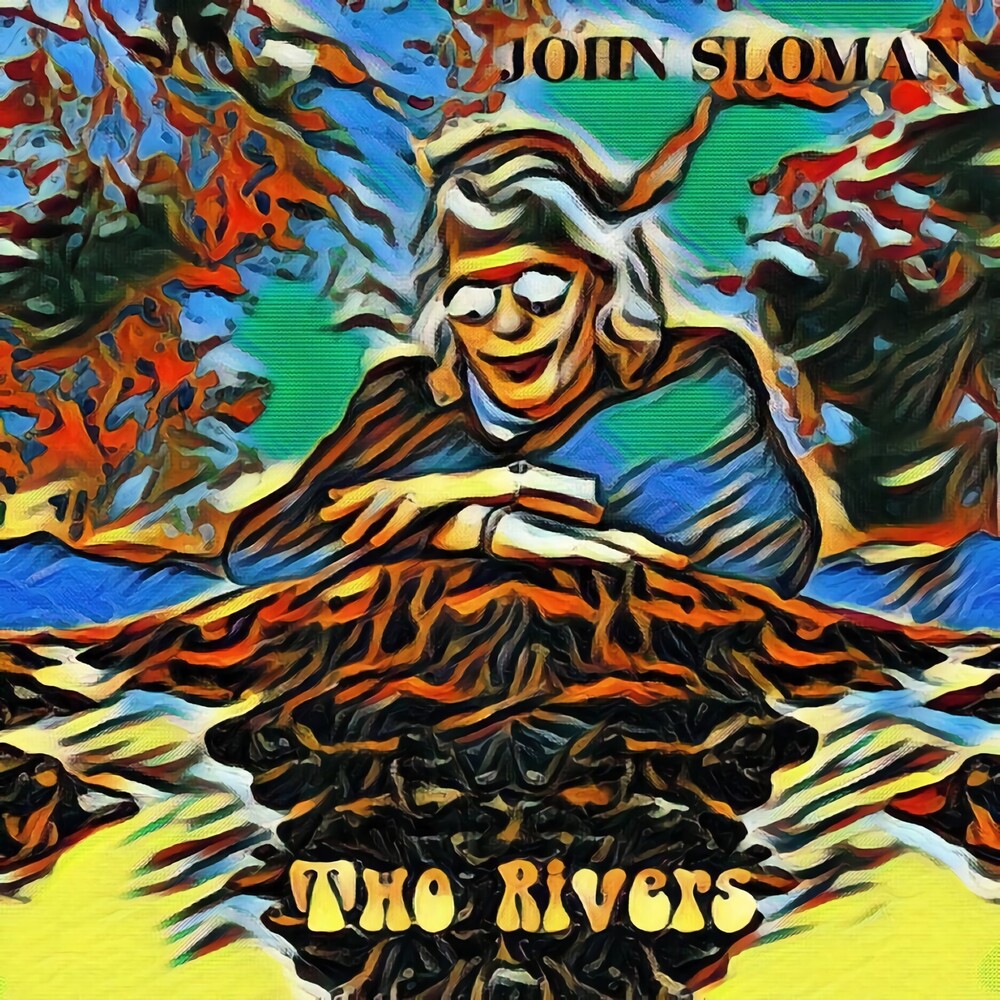 Former Uriah Heep, Gary Moore Band, and Lone Star frontman John Sloman releases a fascinating video for his new single This River Is A Time Machine taken from his upcoming new solo album Two Rivers released on the Red Steel Music label. Gifted with a multi-octave vocal range and also a multi-instrumentalist musician, John Sloman is a renaissance man with a singular musical vision brought to mesmeric life on his magnificent new solo album Two Rivers. As a personal record, Two Rivers documents John's journey from his childhood home city of Cardiff to treading the well-beaten path to London and his encounters in the music business fronting major headline bands. Two Rivers is a compelling cocktail of songwriting that blends crucial chapters of John's life in song and verse. In essence, Two Rivers is a distillation of Sloman's eclectic musical progress from Lone Star to Uriah Heep, his adventures with UFO and The Gary Moore Band and his Todd Rundgren produced debut solo album Disappearances Can Be Deceptive. Adopting Cardiff's River Taff and London's River Thames as metaphors, John's stream of consciousness observations pour forth from his deep well of memories. Populated with sublime songs wrapped around sharply observed personal postcards of a remarkable life Two Rivers simply has to be heard to be believed. This soundtrack to a life less ordinary begins with the title track's prophetic opening lines: "Two rivers flow through my mind - the one I see before me and the one I left behind." As John says: "The River Taff and the River Thames have come to personify this unrelenting tug of love I have experienced for most of my adult life. I left the one with a spring in my youthful step. But with so many of those who once walked beside me now gone to that great river in the sky, I regret all the days I was away. This album is for them - and for those of you still being torn in two by your own two rivers." This memorial theme is taken further on the new single This River Is A Time Machine that explores the memory bank simile of these constant yet fluid and life-giving channels delivered with a heartfelt passion by John. Revisiting his childhood on the song Scenes From An Old Biscuit Tin, John explains the song's inspiration: "On school mornings, as I ate my porridge, I would lose myself in images of Elizabethan London adorning the family biscuit tin, while dreaming that I might one day, go there - London, that is." And going to London is exactly what John did, which he superbly documents on Londinium and Charing Cross Moon, and achieving a substantial measure of success in doing so that established him as a major player in the late 70s and 1980s rock music scene and his continuing solo career. There is a pleasant surprise in store for fans of John Sloman with the Avante-Garde nature running right through this record. Think experimental Frank Zappa and late-period Scott Walker meeting the acoustic elements of Led Zeppelin and your imagination will be stoked by the captivating contents of this unique and exceptional album. Two single releases This River Is A Time Machine followed by The Last Coalminer have non-album B sides and both are accompanied by videos for each single release. A compilation of John's solo works, Conspectus, will follow on from the release of Two Rivers as will a remastered series of John's solo albums.
HOURS: Mon 11am-7pm Tues / Wed / Thurs 11am-9pm Fri 11am-10pm Sat 10am-10pm Sun 11am-7pm
This website uses cookies to personalize content and analyse traffic in order to offer you a better experience.
I accept Learn More
back to top