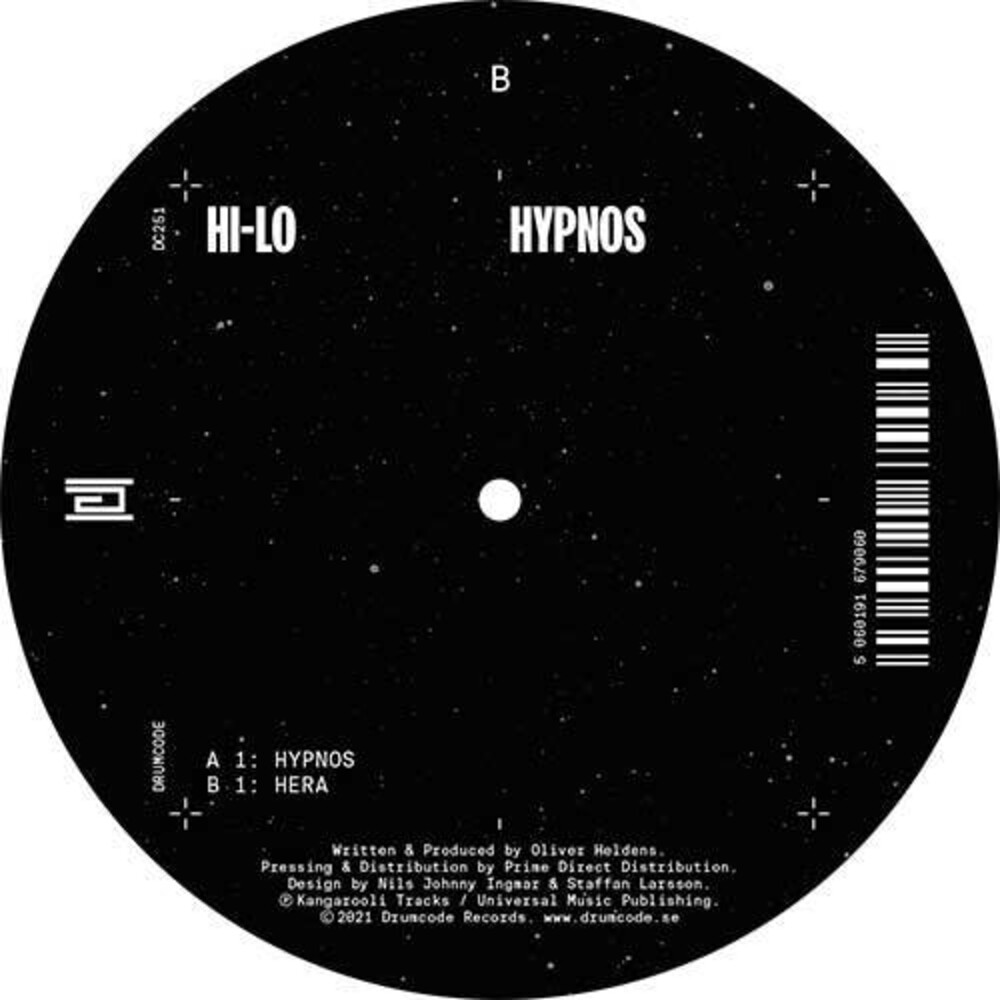 'Hi-Lo, the techno alter-ego of Oliver Heldens debuts on Drumcode with a full-force two-tracker 'Hypnos'. Unbeknown to many, the Dutch future house star has been cultivating a love of techno separate from his mainstage persona. As Hi-Lo, he's remixed Nina Kraviz's 'Skyscrapers' and released on Octopus and Filth on Acid, the latter consisting of collaborations with Reinier Zonneveld, T78 and Will Clarke. Over the last 12 months, Hi-Lo has become the sixth highest selling Techno artist on Beatport, as well as cemented his place as a top streaming act in the genre. In recent times Heldens has become a regular supporter of Drumcode's catalogue via his Heldeep Radio show and DJ sets. Likewise, he's been on the radar of Adam Beyer since 2019 when the Drumcode boss played his monster cut 'Poseidon', which encouraged the young artist to begin sending him demos. His Drumcode debut 'Hypnos' is effective and infectious in equal doses. The title track is led by a catchy bass groove that espouses plenty of personality and is a handy tool for building energy throughout the night. 'Hera' is a straight-edged euphoric gem, driven by an uplifting key riff throughout.
HOURS: Mon 11am-7pm Tues / Wed / Thurs 11am-9pm Fri 11am-10pm Sat 10am-10pm Sun 11am-7pm
This website uses cookies to personalize content and analyse traffic in order to offer you a better experience.
I accept Learn More
back to top