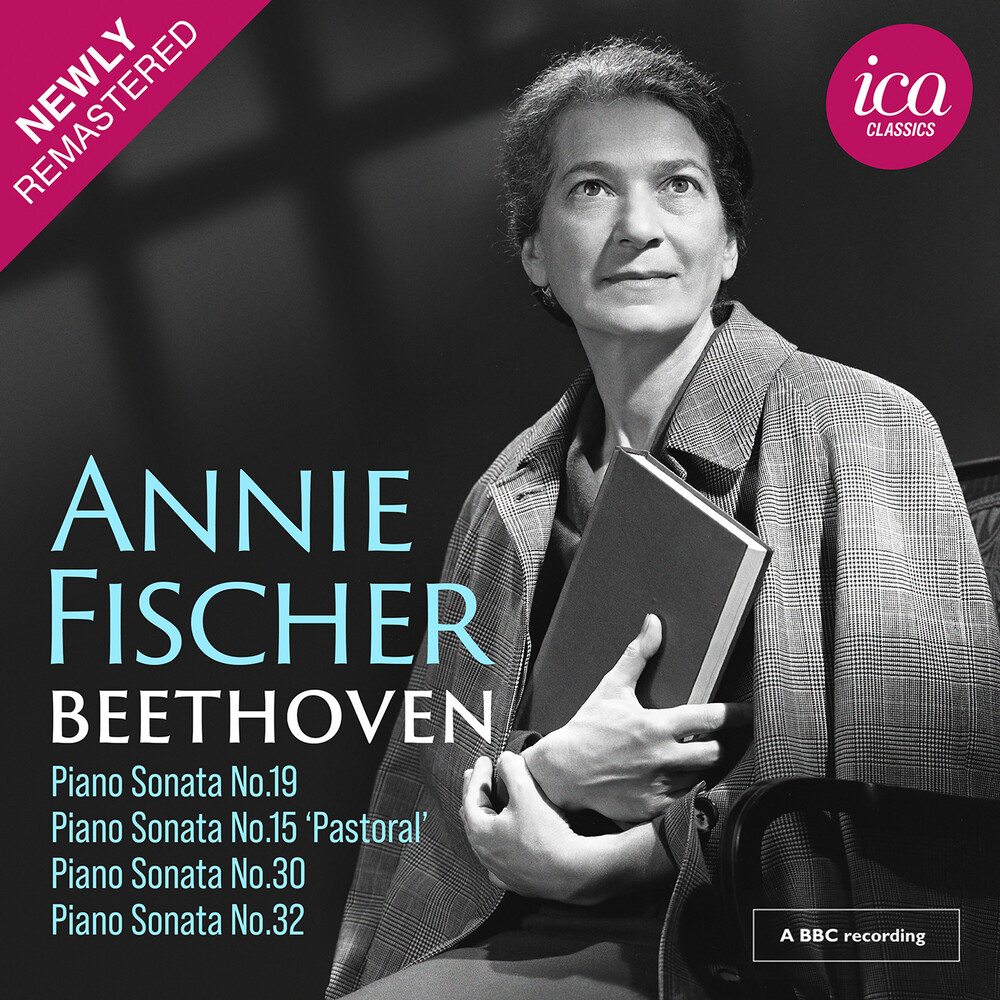 Bryce Morrison, the celebrated critic and authority on piano music, described the pre-eminent Hungarian pianist as follows: 'Annie Fischer was among the greatest and most richly comprehensive of all pianists'. The distinguished Russian pianist Sviatoslav Richter, notoriously critical, described her as 'an artist imbued with a spirit of greatness and with genuine profundity'. Fischer was universally acclaimed in Mozart, Beethoven, Schumann, Schubert and Chopin as well as her own compatriots, Liszt, BartĂłk and KodĂˇly. Despite her international reputation, however, in comparison with other pianists of her generation she is probably the least represented on disc. This was mainly due to a distaste for the recording process - she preferred the freedom and spontaneity of live performances. It is a well known that her studio recordings of the complete Beethoven Piano Sonatas were made over many years and with many different producers. She was never satisfied with the results, so in this BBC recital of selected Beethoven sonatas, Annie Fischer is heard as she would have wanted - live and caught on the wing, making this recording very valuable. Misha Donat, her producer for Sonata No.30, said: "she hated working in the studio so these are real performances; they were always done in a complete 'take', though sometimes she would play through a movement twice".
HOURS: Mon 11am-7pm Tues / Wed / Thurs 11am-9pm Fri 11am-10pm Sat 10am-10pm Sun 11am-7pm
This website uses cookies to personalize content and analyse traffic in order to offer you a better experience.
I accept Learn More
back to top