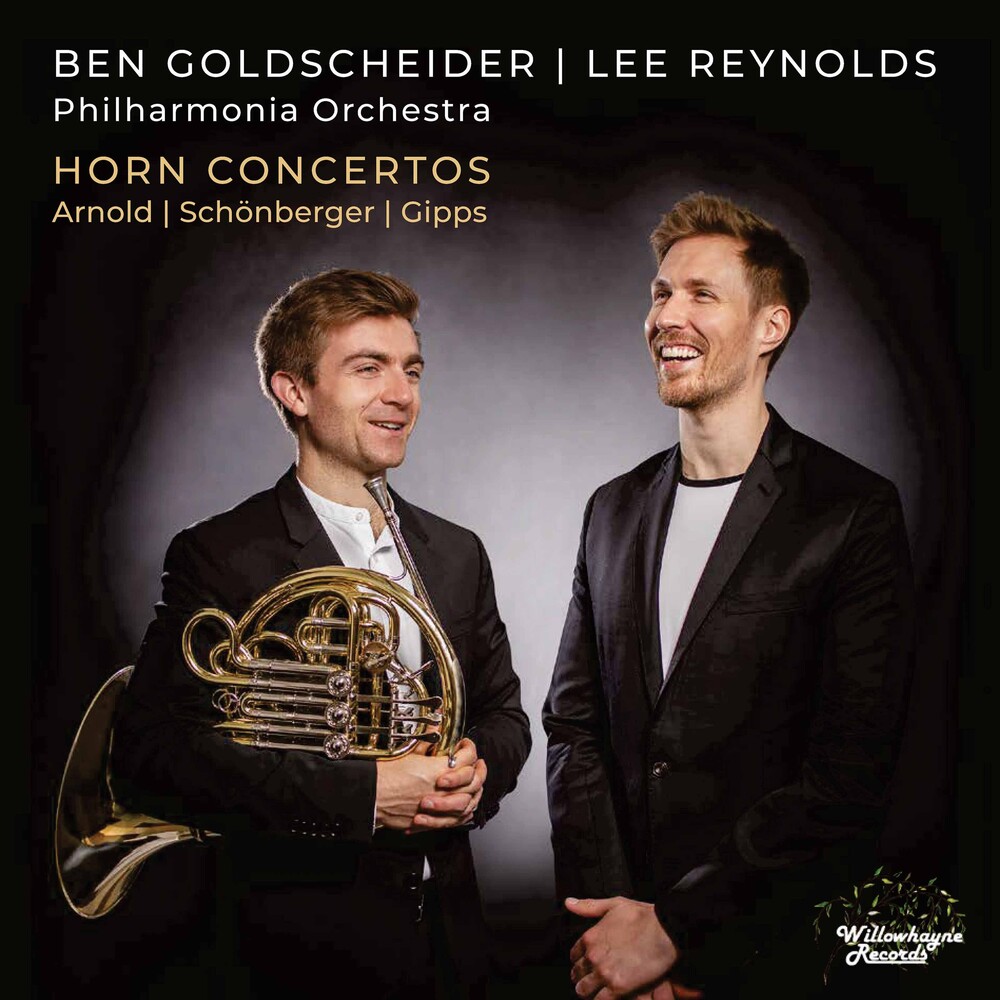 This recording not only celebrates multiple centenaries of Malcolm Arnold, Ruth Gipps and Dennis Brain (the dedicatee of the Arnold concerto) who were all born in 1921 - but also three composers whose musical language and worlds bear striking similarities. Both Arnold and Gipps were writing at a time when the grain of musical fashion was going against them. It was composers such as Pierre Boulez, Luigi Nono and Karlheinz Stockhausen from the Darmstadt school who were the intellectual fashion of the time, the music much more experimental, serialist and philosophical in it's makeup. In contrast to this, Arnold and Gipps were much more concerned with the listener, the stark reality being that the majority of the public could not love or appreciate music they did not understand. Their resulting musical language, whilst of course unique in their own right, places euphony higher on the priority list than that of the aforementioned composers. With the Horn Concerto in F by Christoph Schönberger, we have a similar situation for the 21st century. The composer describes his work as being in the neo-romantic style, the structure and harmony of the work traditional in nature with a definitively unique and modern aesthetic. This recording sheds fresh light on works that are in dire need of more performances, as well as highlighting the wonderful potential of the horn as a solo instrument for the 21st century.
HOURS: Mon 11am-7pm Tues / Wed / Thurs 11am-9pm Fri 11am-10pm Sat 10am-10pm Sun 11am-7pm
This website uses cookies to personalize content and analyse traffic in order to offer you a better experience.
I accept Learn More
back to top