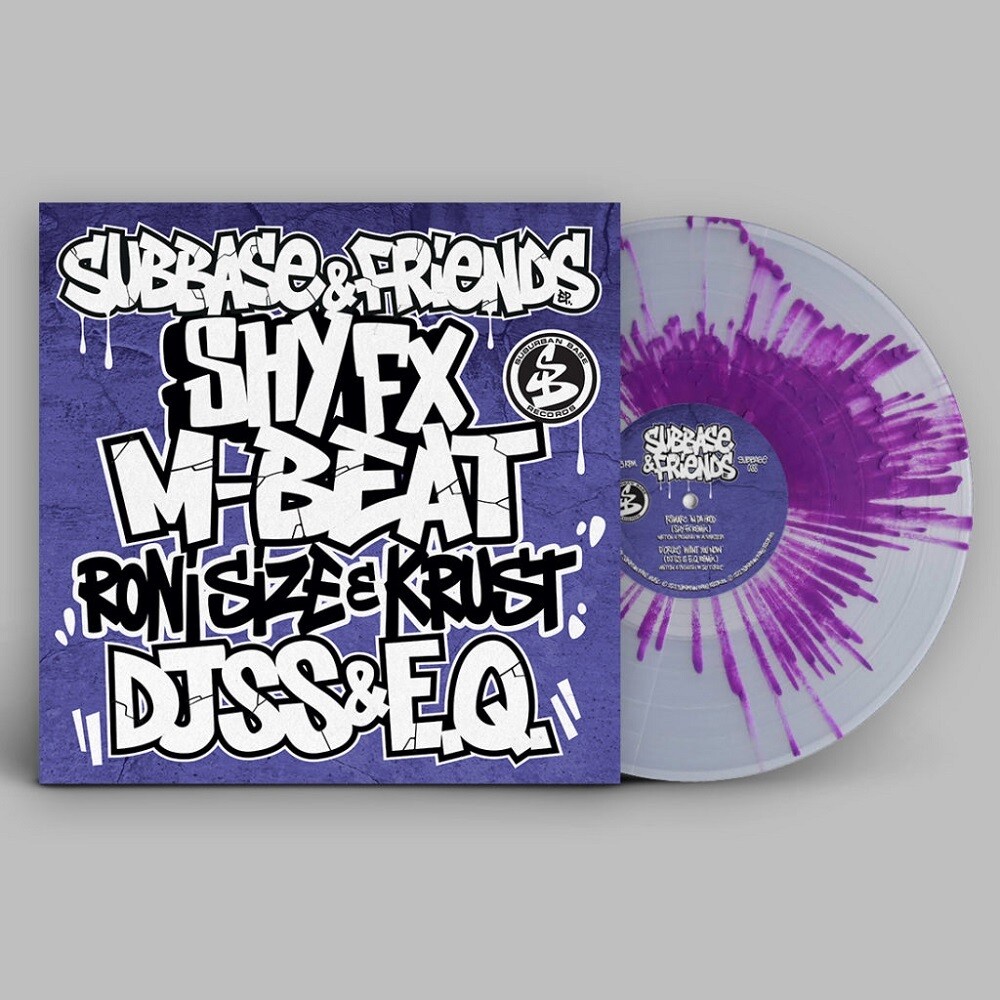 Over years we have collaborated with some of the best in scene to bring their vibes and sound to the Suburban Base label and vice versa, now in a new concept EP to bring you some of the re-issues you have demanded we have pulled these together as SUBBASE & FRIENDS, some of the original released remixes from back in the day from some of the scenes heavy hitters. First up on the Sub Base & Friends EP is Remarc In Da hood given a stunning workover by the legendary Shy FX. This record was the definitive mix of In The Hood back in the day because the original version after being promo'd was never given a full release, this is the version that was played and rewound at raves all over the nation! Classic Shy FX meets classic Remarc, a perfect match up. Next up is D'Cruze Want You Now (DJ SS & EQ Remix). Simply incredible version delivered to us from our dear friend DJ SS alongside EQ, played so much upon release some might say it even surpassed the original. The remix keeps all the vibe and spirit of the original whilst adding a junglist twist that takes it to new heights. Very in demand and going for big dollars in the reseller market. Opening the flip side we have Roni Size & DJ Krusts take on Boogie Times Tribe My Soul. This remix is an early liquid drum and bass vibes with deep subs, euphoric pads, glistening leads and the famous vocal Feel My Soul, amazing vibes from undisputed legends in the game. Finishing up this reissue remix package is the original junglist M-Beat from Renk Records, responsible for so many bangers back in the day it was an honor to have M-Beat on remix duties for QBASS feat Skeng Gee Gun Connection. This version is everything you want from jungle pioneer M-Beat, breaks bass and ragga given the perfect mix and blend. Incredible value with four very in demand Suburban Base reissues for the price of one.
HOURS: Mon 11am-7pm Tues / Wed / Thurs 11am-9pm Fri 11am-10pm Sat 10am-10pm Sun 11am-7pm
This website uses cookies to personalize content and analyse traffic in order to offer you a better experience.
I accept Learn More
back to top