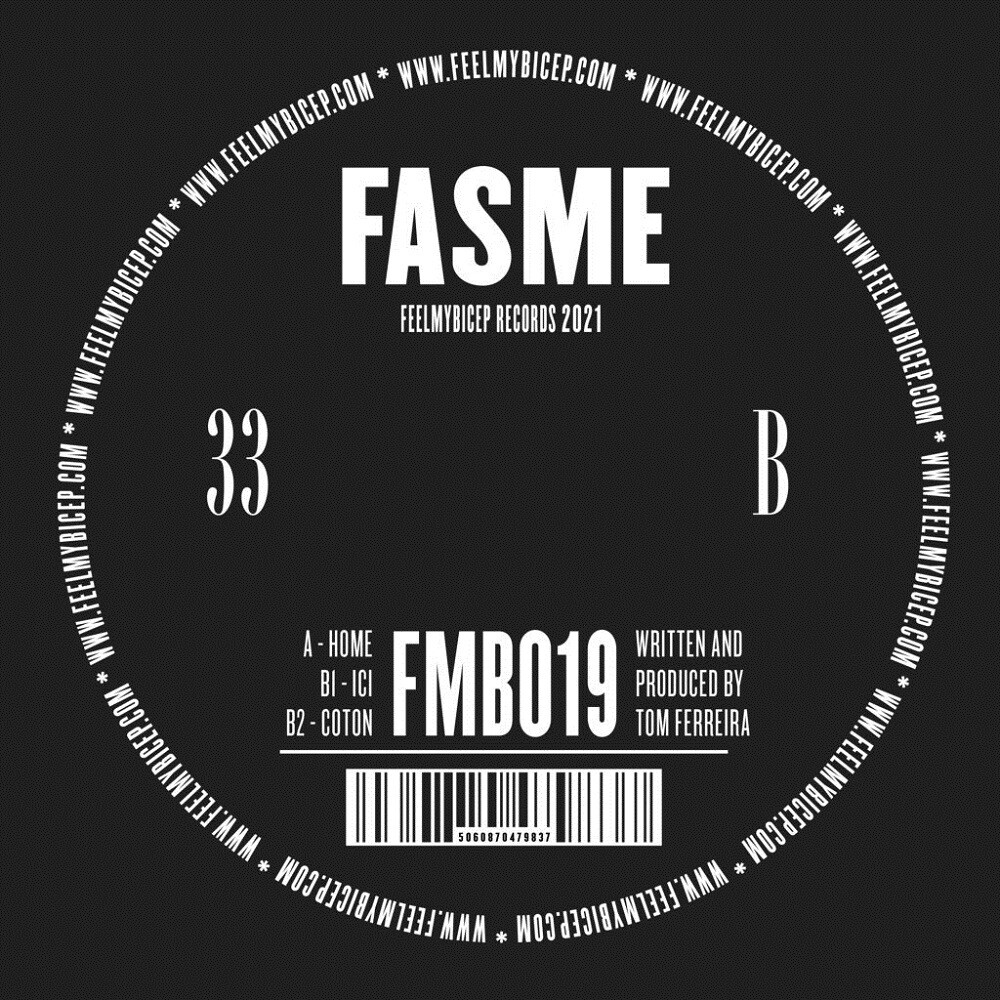 Following the release of their critically acclaimed second album, 'Isles', Bicep continue to develop their Feel My Bicep imprint with a 12' from a fresh signee, Fasme. The French producer makes his debut on the label with a new 3-track EP 'Home'.Fasme is the project of Tom Ferreira, who only dropped his first EP in April last year and quickly caught the attention of Bicep after discovering the track 'ICI' on YouTube. Bicep first played these tracks in their FMB Radio show on Apple Music and a Friday Guest Mix for Mary Anne Hobbs on BBC 6 Music.His melodic sound is created on analog synths, evolving between acid, electro and braindance. Describing himself as 'more of a live performer than a studio man', Fasme will be supporting Bicep in Paris in October to celebrate the EP release.
HOURS: Mon 11am-7pm Tues / Wed / Thurs 11am-9pm Fri 11am-10pm Sat 10am-10pm Sun 11am-7pm
This website uses cookies to personalize content and analyse traffic in order to offer you a better experience.
I accept Learn More
back to top