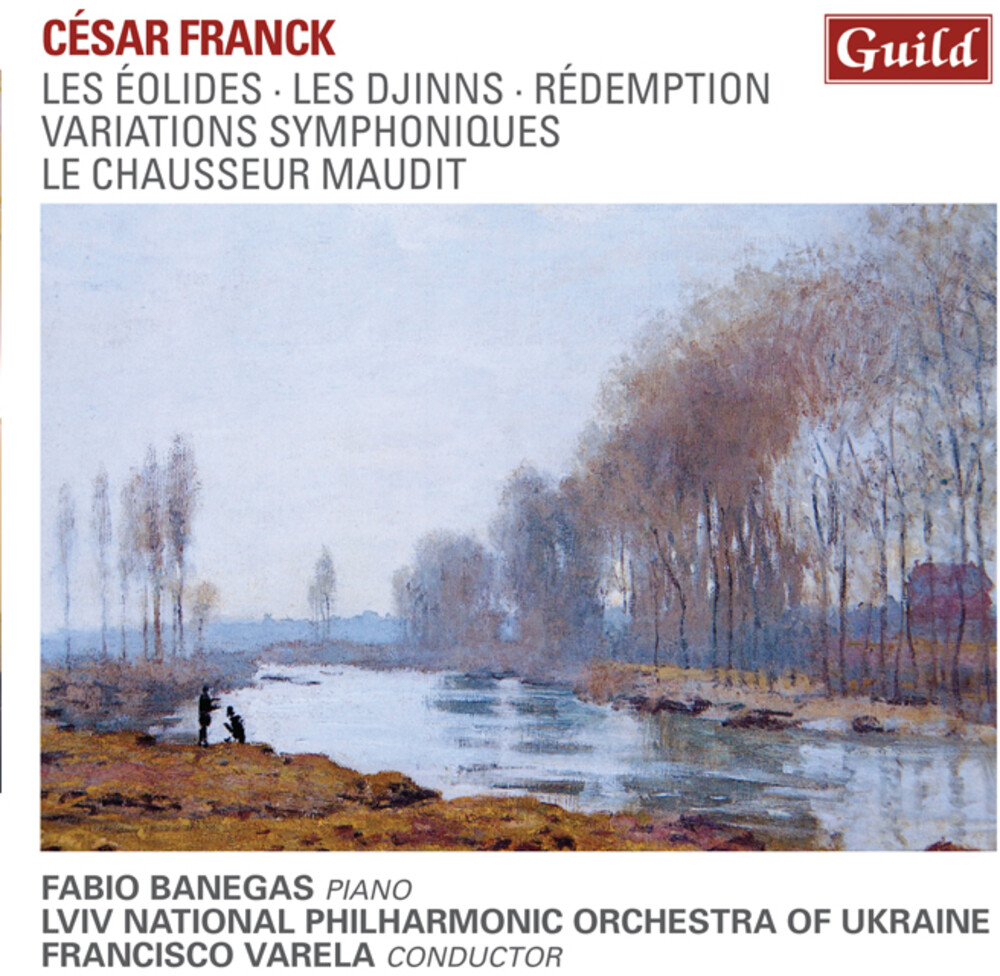 Released for this bicentennial year of Cesar Franck's birth (1822-2022), this recording of the most popular of Franck's symphonic poems, including Les Djinns and the Symphonic Variations that feature piano, has taken on an additional significance and poignancy with the outbreak of war in the orchestra's homeland only a few months after these sessions were completed. As a result, Guild will be making a donation to the Disasters Emergency Committee's Ukraine appeal for every CD sold. A recipient of numerous awards in Argentina and in the United States, Fabio Banegas was the only student of Argentine composer José Antonio Bottiroli (1920 - 1990). He continued his education in the United States obtaining a Masters of Music (MM) at California State University Fullerton (CSUF) He has recorded live all main piano works for solo piano, chamber music and piano and orchestra by César Franck. Banegas has appeared as a recitalist and as a soloist in the United States, Argentina and Europe. A conductor, composer and orchestra programmer from Buenos Aires, Argentina, Francisco Varela has committed his work to widen the traditional music repertoire and the transformation of orchestras from his country to serve the needs of the 21th century. A recipient of numerous awards and scholarships, he graduated with honors from the Catholic University of Argentina (UCA) and he holds a Masters in Conducting from PennState University in the US. The Lviv National Philharmonic Orchestra of Ukraine headquartered in the Medieval city of Lviv was officially established on September 27, 1902 as, on this day, the first concert of the newly formed orchestra took place in the Philharmonic Theatre of Count Stanislav Skarbko (presently known as the Ukrainian National Academic Theatre of Drama named after Maria Zankovetska). In 1933, the orchestra became incorporated as the Lviv National Philharmonic Orchestra of Ukraine.
HOURS: Mon 11am-7pm Tues / Wed / Thurs 11am-9pm Fri 11am-10pm Sat 10am-10pm Sun 11am-7pm
This website uses cookies to personalize content and analyse traffic in order to offer you a better experience.
I accept Learn More
back to top