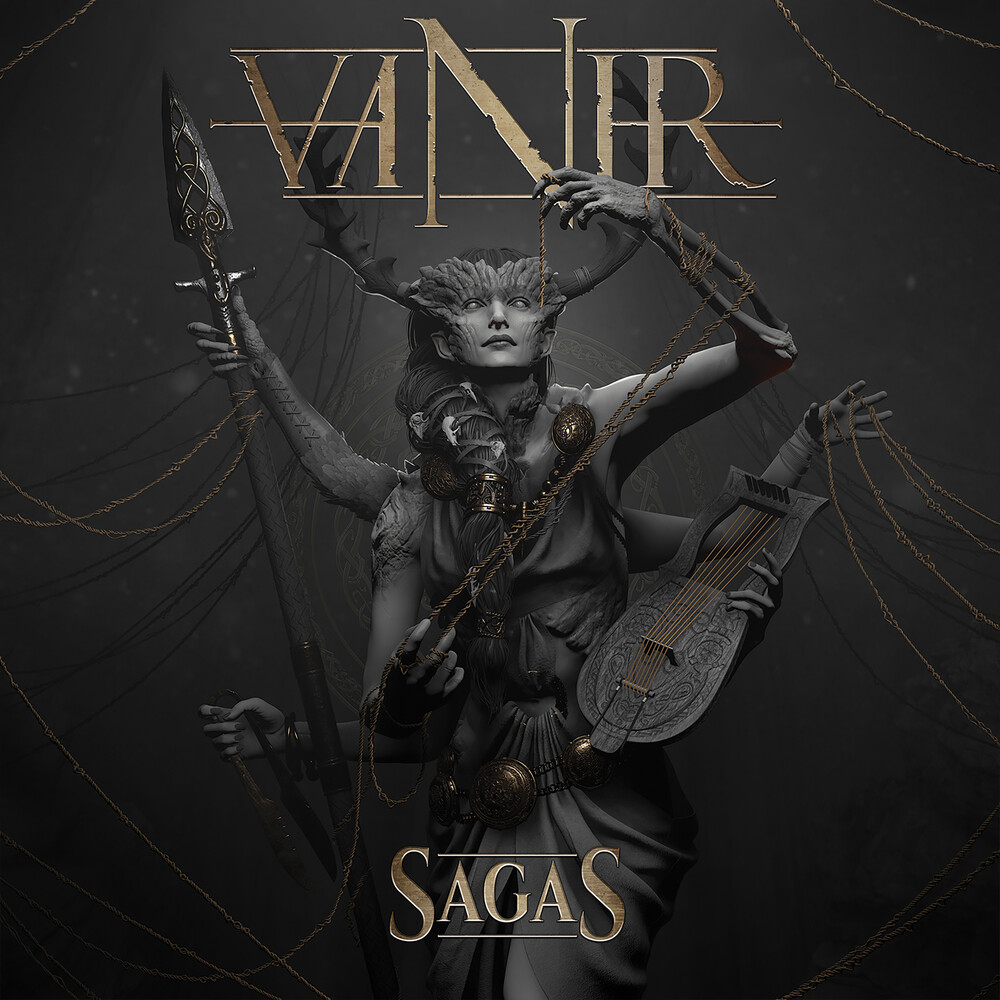 From the Sagas of old, to the halls of Valhalla, from Danish and Germanic battlefields with their bloody battles and fierce warriors, Danish warriors Vanir are back and have put together, without compromise, a new epic album, with a fascination with our common origins, and the blood spilled throughout history. Few bands have more authority to do so: Vanir is one of Denmark's most well-known and prominent Viking melodic death metal bands. The group has, since it's inception, released five full-length albums very well received by the media and the avid supporters of the genre. But one can say, without much hesitation, their sixth effort "Sagas" is their best yet. Written and recorded during the pandemics, mistered and mastered by Rune Stiassny (Iron Fire, ex-Saturnus), "Sagas"is mostly themed around Nordic mythology, but also has a song dedicated to one of the most important fantasy writers in history - J.R.R. Tolkien - who was himself greatly inspired by Nordic mythology and Denmark. On the other hand, a song such as "Black Clad", has a double-edge sword: it is written as a tribute to the Norse god Brage, but also as a tribute to the fans of metal
HOURS: Mon 11am-7pm Tues / Wed / Thurs 11am-9pm Fri 11am-10pm Sat 10am-10pm Sun 11am-7pm
This website uses cookies to personalize content and analyse traffic in order to offer you a better experience.
I accept Learn More
back to top