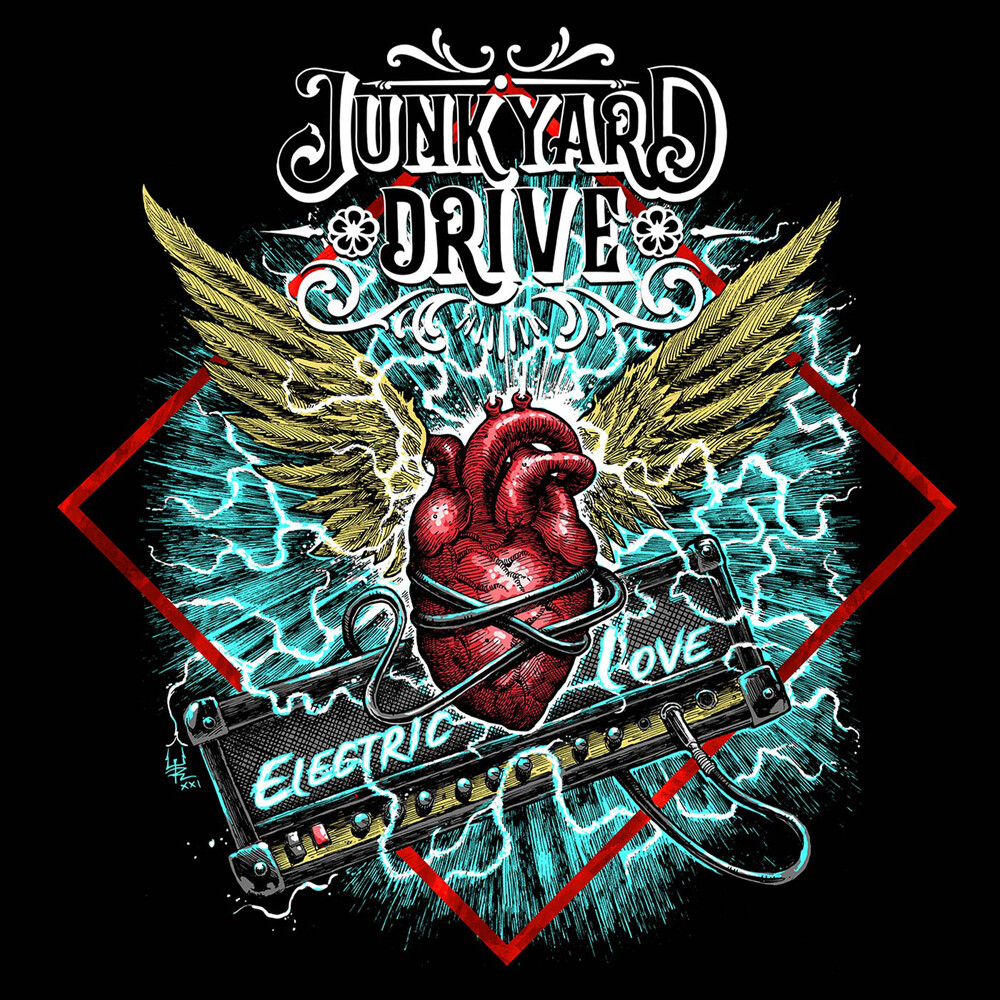 FOR FANS OF: RIVAL SONS, THE TEMPERANCE MOVEMENT, D-A-D.Ever since 2014, Junkyard Drive has been across half the world. With more than 100 concerts played, over five million streams and two records to this day, they've solidly planted their flag on the international rock scene, playing the big stages as the one in Sweden Rock Festival and doing the big tours with, for instance, Eclipse. After the success of their most recent album "Black Coffee" with new faces and ten new razor sharp songs, the band is now ready with their next record "Electric Love". "Electric Love" marks a newfound maturity in the group's universe. Armed with solid and ferocious riffs, the album exposes a hitherto unseen sincerity in the lyrical themes. The teenage days are over in favour of stories about self development, inner tensions and love. The album is recorded in the legendary Medley Studios, produced by Soren Andersen (Glenn Hughes, Jesper Binzer, Electric Guitars) and mixed/mastered by Erik Martensson (Eclipse). The teenage days might be over, but they remain to be the greatest Danish rock band (below 40)
HOURS: Mon 11am-7pm Tues / Wed / Thurs 11am-9pm Fri 11am-10pm Sat 10am-10pm Sun 11am-7pm
This website uses cookies to personalize content and analyse traffic in order to offer you a better experience.
I accept Learn More
back to top