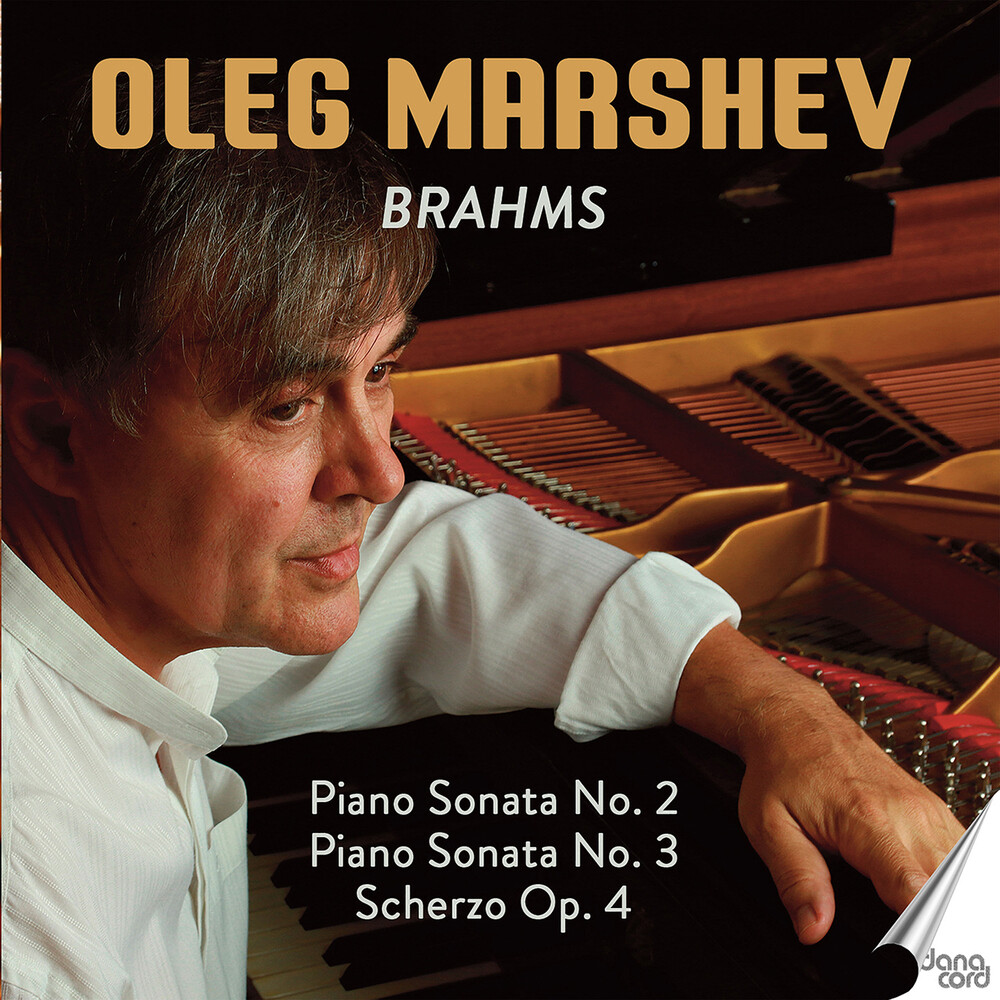 Returing to the record studio is a pianistic Titan. A trio of thunderous roars from a young keyboard lion: Johannes Brahms was still in his teens when he composed this standalone Scherzo and pair of sonatas. With these pieces, he won Schumann's lifelong friendship and support. Two of the sonata movements are inspired by songs of love and loneliness, but every bar here is vintage Brahms, even as the product of his youth. 'Marshev is a phenomenon' (BBC Music Magazine) Born in Baku, Azerbaijan, Oleg Marshev trained with Valentina Aristova at the Gnessin State Musical College and with Mikhail Voskresensky at the Moscow Conservatoire. He is numbered among the fifth generation of Russian pianism since Liszt, through the lineage of Alexander Siloti, Konstantin Igumnov and Voskresensky's teacher, Lev Oborin. Resident in Italy since 1991, Marshev received awards in several international piano competitions in Canada, Italy, Portugal, Spain, USA, including four first prizes. He is now widely acknowledged as one of the most talented Russian pianists of his generationa.
HOURS: Mon 11am-7pm Tues / Wed / Thurs 11am-9pm Fri 11am-10pm Sat 10am-10pm Sun 11am-7pm
This website uses cookies to personalize content and analyse traffic in order to offer you a better experience.
I accept Learn More
back to top