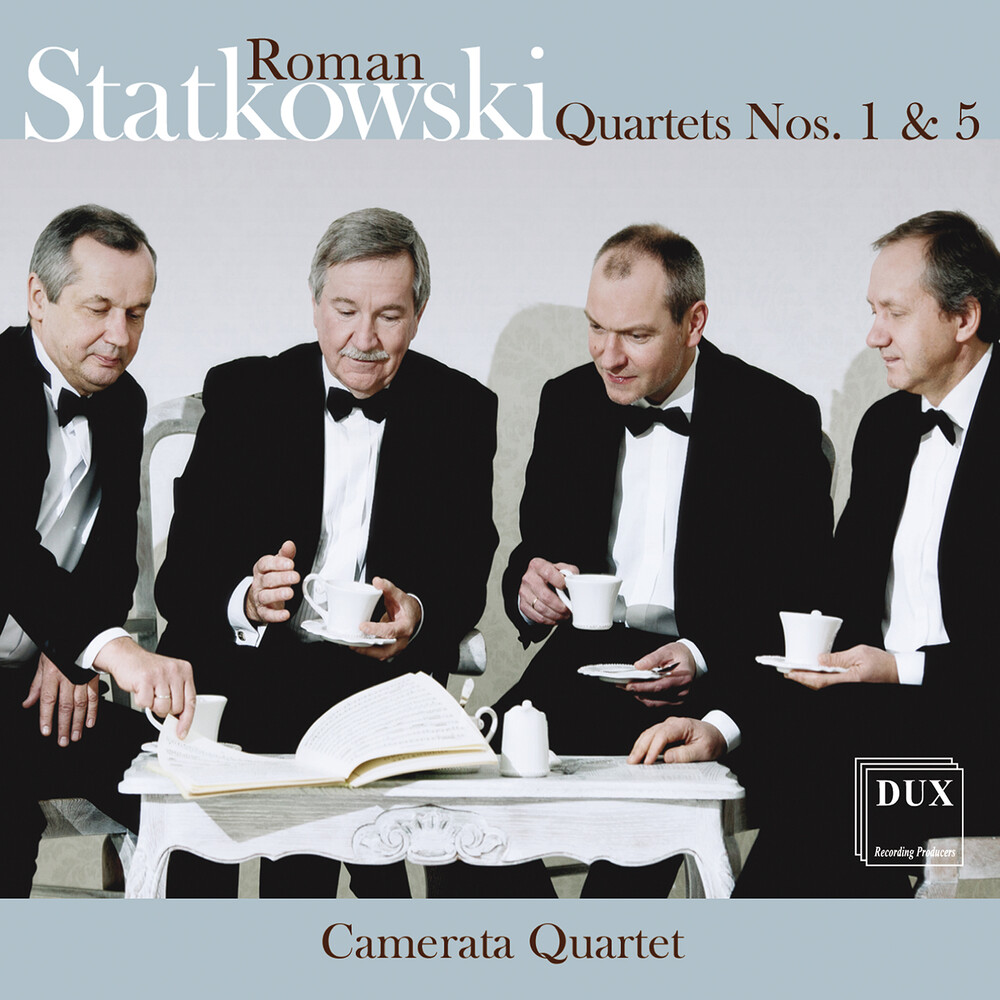 Polish music is experiencing a rapid and totally deserved revival. What is more, the profiles of composers often associated only with a narrow group of musical genres (Stanislaw Moniuszko, Emil Mlynarski, Zygmunt Stojowski) are already considered from a broader perspective, which means that many of their forgotten works gain the position of world-class masterpieces. One of the artists who brought the greatest contribution to the development of the Polish music at the turn of the 20th century was undoubtedly Roman Statkowski. The fact that his music was received favorably is shown by, among others, the fact that although he would constantly adhere to the Romantic tradition and musical forms that did not go beyond canonical frames, his talent gained great affection of Karol Szymanowski, known for his rigorous attitude towards artists closely sympathizing with that aesthetics. The new album of the excellent Camerata Quartet allows us to get acquainted with a fascinating chapter of Polish creativity, perfectly illustrating a number of artistic trends appearing in the Polish music at the turn of the 20th century.
HOURS: Mon 11am-7pm Tues / Wed / Thurs 11am-9pm Fri 11am-10pm Sat 10am-10pm Sun 11am-7pm