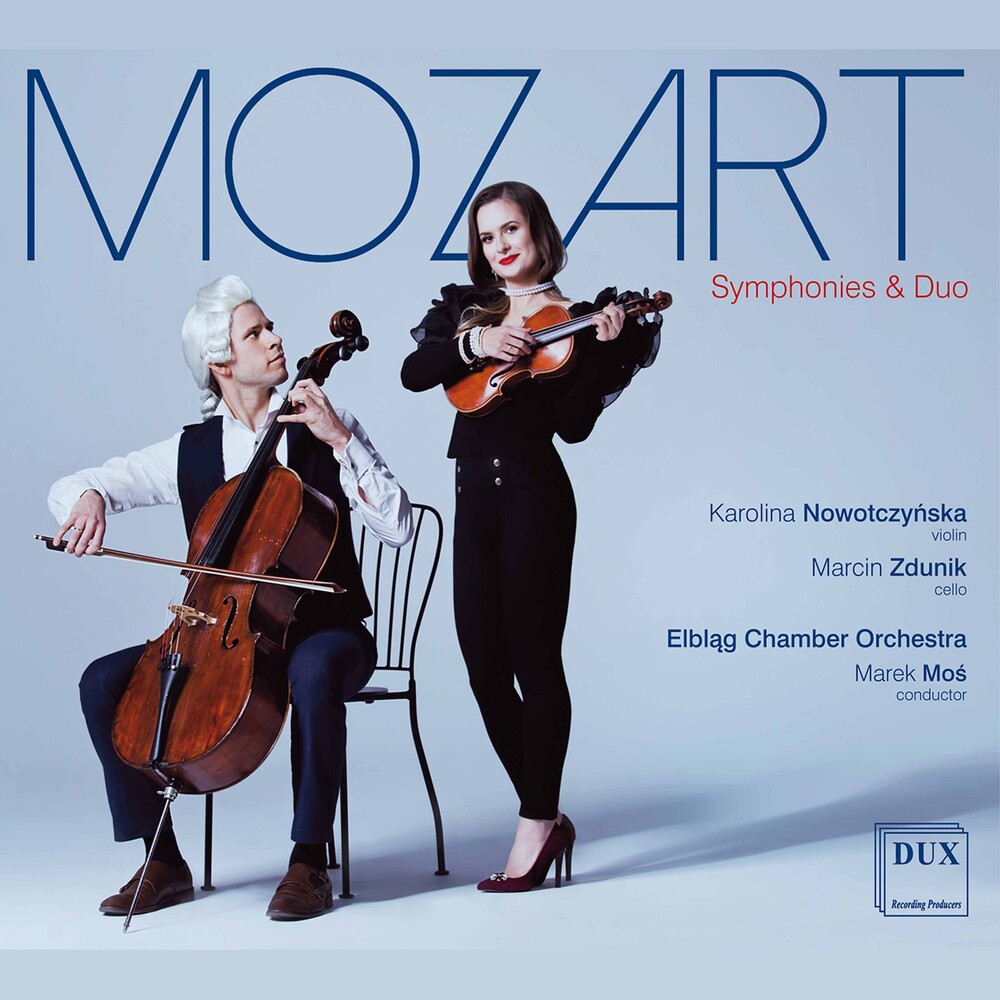 This album contains three works by Wolfgang Amadeus Mozart, two of which can be considered among the most popular in the history of music. The version of the Sinfonia concertante in E-flat Major KV 364/320d with the participation of the cello, presented on the album as the first item, sheds new light on this outstanding showcase of the Classical era, which makes it possible to look at the numerous melodic and contrapuntal relationships of the soloists from a new, refreshed perspective. The Duo in G Major for violin and viola KV 423, in which the parts of both instrumentalists can be considered almost equal, is entirely characterized by considerable rhythmic freedom, influencing expression and rhythm in the outer parts and the fluency of narration in the middle one. The album is completed by the Symphony in A Major KV 201/186a, considered one of the most mature works of young Mozart. The piece impresses with it's unique formal clarity and textural and polyphonic richness; it is also one of the most outstanding manifestations of genius in relation to the entire oeuvre of the composer. The unique cast and unconventional interpretations of Karolina Nowotczynska, Marcin Zdunik and the Elblag Chamber Orchestra conducted by Marek Mos allow us to rediscover the most important works of Wolfgang Amadeus Mozart.
HOURS: Mon 11am-7pm Tues / Wed / Thurs 11am-9pm Fri 11am-10pm Sat 10am-10pm Sun 11am-7pm
This website uses cookies to personalize content and analyse traffic in order to offer you a better experience.
I accept Learn More
back to top