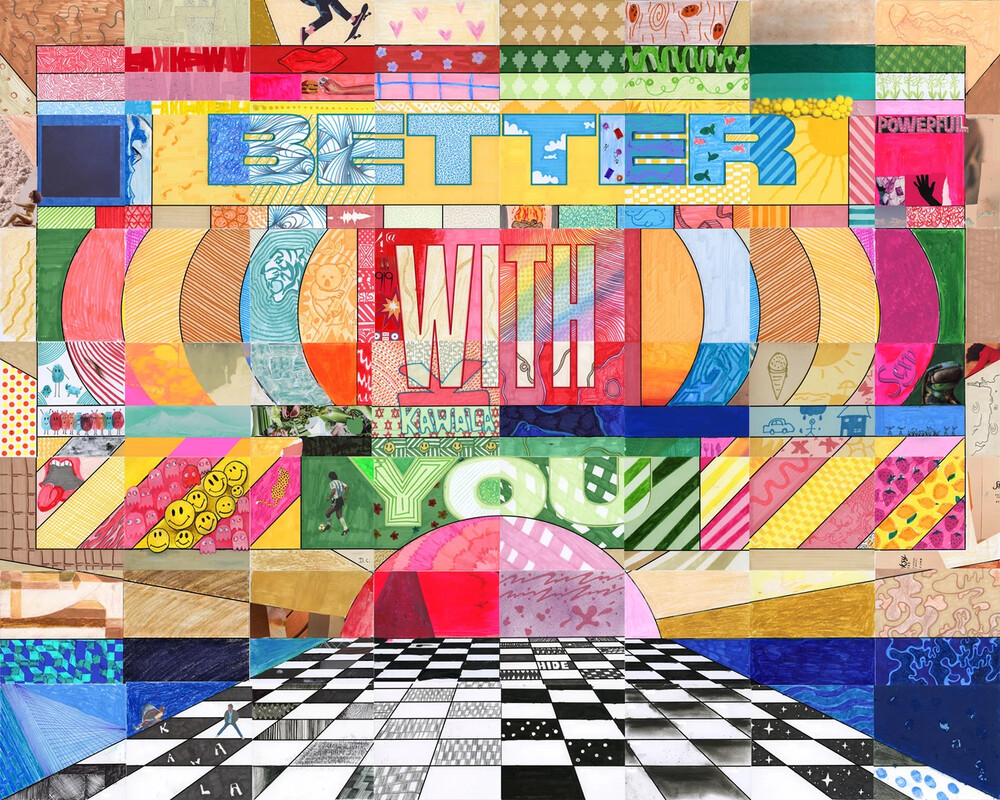 Kawala's emotionally resplendent debut album 'Better with You', released on March 4th 2022. Containing a spectrum of thoughts and feelings, observations and ideas, the album is driven by golden melodies, danceable afrobeat-inspired rhythms and immediate harmonies that create a truly encompassing atmosphere across it's ten songs. The album follows a series of acclaimed EPs and live shows from the North London band over the last two years which have not just seen them establish a fanbase, but forge a living, breathing community of like-minded individuals around them. Fittingly, their debut album is a celebration of this communality, with a lyrical thread running through it's songs charting the band's growth as people and as artists. The record's artwork helps reflect this, the band having chosen to ask a number of individuals who have helped them along the way to paint or draw different panels that eventually formed the overall mosaic album cover.
HOURS: Mon 11am-7pm Tues / Wed / Thurs 11am-9pm Fri 11am-10pm Sat 10am-10pm Sun 11am-7pm
This website uses cookies to personalize content and analyse traffic in order to offer you a better experience.
I accept Learn More
back to top