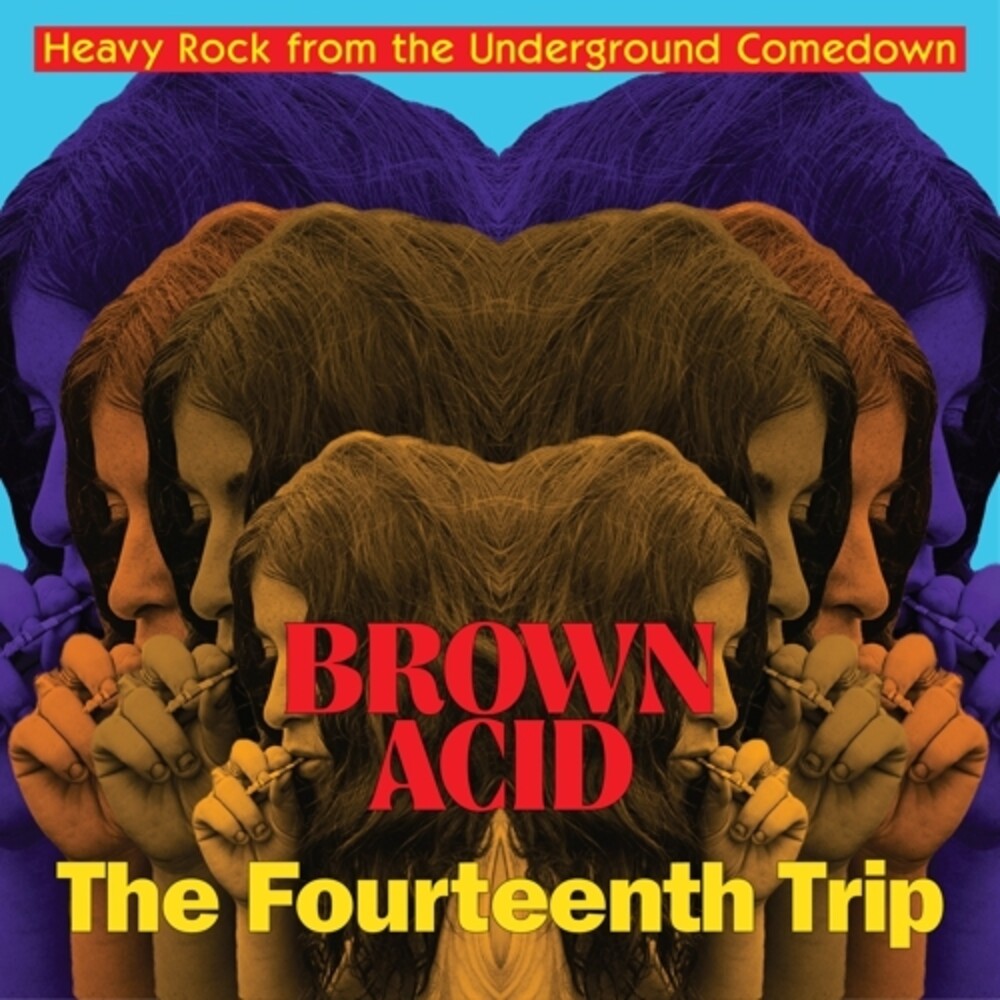 Here's just a few of the gems on Brown Acid - The Fourteenth Trip, the much beloved series that is the Nuggets of proto-metal, pre-stoner rock: The Legends' "Fever Games" is a 1969 fever dream of heavy psych on par with Blue Cheer at their heaviest, featuring an incredible intro with whammy-bar gymnastics through an Echoplex. This Harrisburg, PA power trio, featuring Dan Hartman (Edgar Winter Group, et al) and his brother Dave, also name-checks Jimi Hendrix Experience in the midst of the song's most blatant Hendrix rip. Perhaps that's how Fever Games work? Transfer's velvet smooth groove has an almost proto-punk feel like a mashup of the Velvet Underground and The Flamin' Groovies. But the lyrics referencing tokin' reefer and the twanging surf lead situate them closer to their heavy rock brethren. This very rare 1974 self- released 45 is this lone archive of the band's existence-assume they just kept right on playin' it cool into oblivion. Cox's Army deploy the grungy rocker "I'm Tired" which sounds like if Jimi Hendrix fronted Mudhoney. Yes, please! Though they hailed from Aurora, IL, it sounds like there's definitely some Pacific Northwest in their blood. Particularly in the gritty production, which hints at The Sonics' "bustin' outta lo-fi" style. Not much is known about the enigmatic Columbus, OH musician known as Raven, whose "Back to Ohio Blues" closes this edition. The mantra-like droning riff of this eight-minute jam is a Black To Comm-style epic, driven by Raven's hostile, no-bullshit diatribe until it all busts open for an insane two-minute long drum solo soaked in odd effects that sounds like it was copped from a Melvins album.
HOURS: Mon 11am-7pm Tues / Wed / Thurs 11am-9pm Fri 11am-10pm Sat 10am-10pm Sun 11am-7pm
This website uses cookies to personalize content and analyse traffic in order to offer you a better experience.
I accept Learn More
back to top