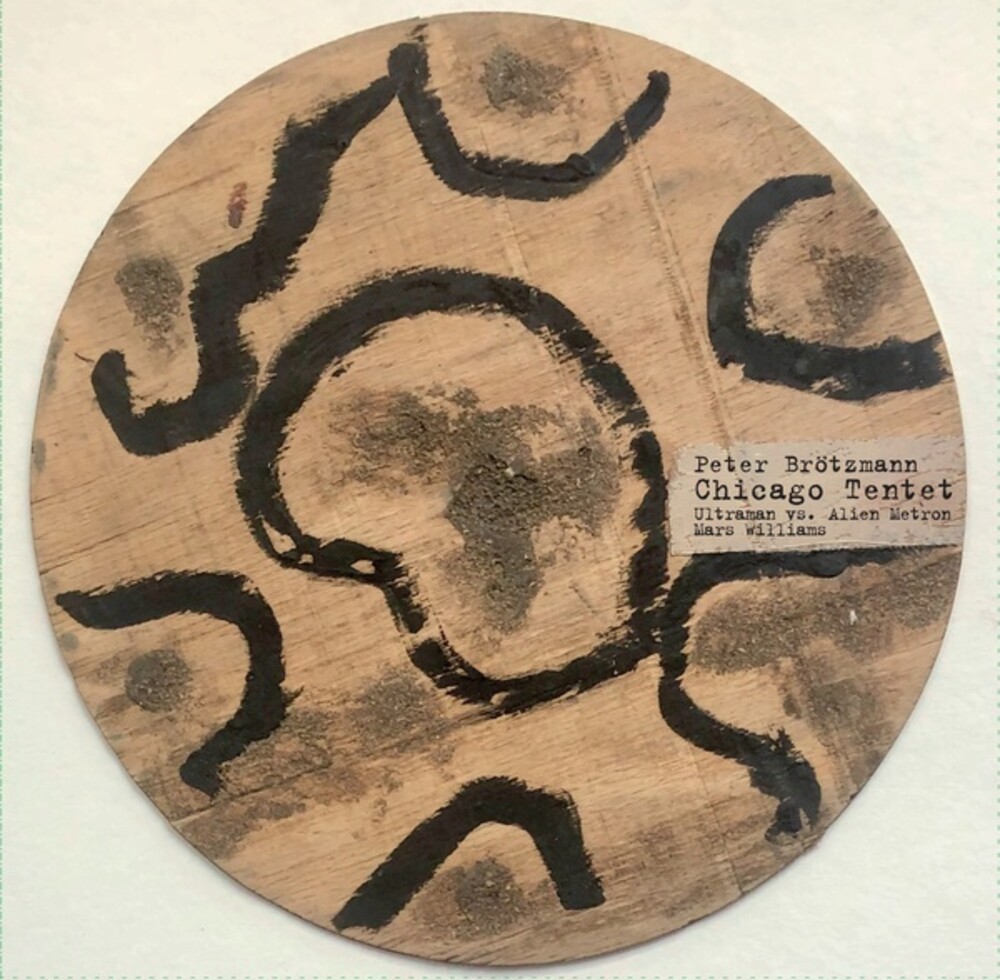 Vinyl LP pressing. The format is a one-sided LP, with music on the A-side and the B-side featuring a silkscreen of artwork by BrĂ¶tzmann. In the first years of it's existence, starting in 1997, the Peter BrĂ¶tzmann Chicago Tentet worked as a collective, inviting all and any of it's participants to contribute compositions to the band's repertoire. Eventually, the Tentet would jettison scores and pre-planned structures altogether, opting for free improvisation, but on their early tours and initial recordings they played pieces written by the various band members. A marathon set of summer studio sessions in 2002, just off a U.S. tour, yielded two CDs for Okka Disk, A Short Visit to Nowhere and Broken English. Of two Mars Williams compositions from the session, one was recorded but never issued... until now. Featuring the original lineup of the band, which combined seven stellar Chicagoans - Williams, Ken Vandermark, Jeb Bishop, Fred Lonberg-Holm, Kent Kessler, Michael Zerang, and Hamid Drake - with Mats Gustafsson, Joe McPhee, and the band's namesake, the Peter BrĂ¶tzmann Chicago Tentet was a sensationally versatile free music ensemble, capable of going into all sorts of unexpected territory.
HOURS: Mon 11am-7pm Tues / Wed / Thurs 11am-9pm Fri 11am-10pm Sat 10am-10pm Sun 11am-7pm
This website uses cookies to personalize content and analyse traffic in order to offer you a better experience.
I accept Learn More
back to top