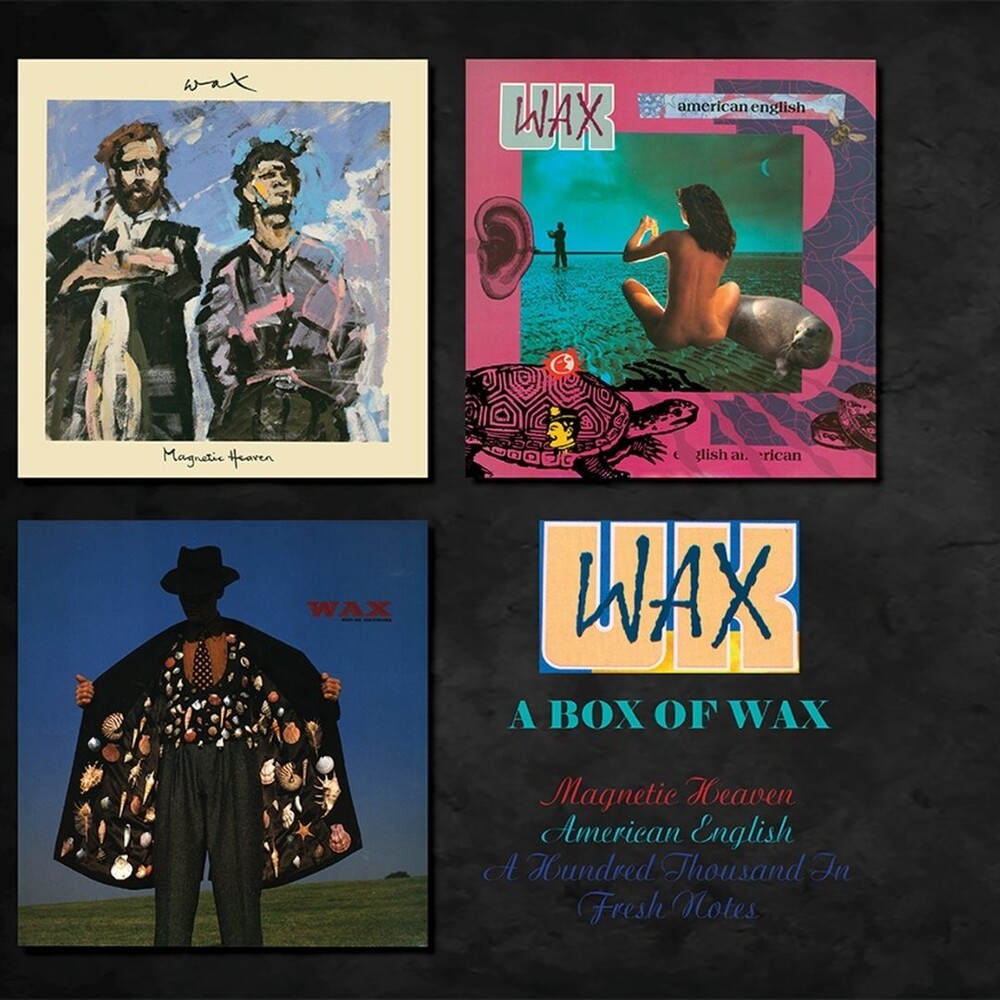 Wax were a new wave duo in Manchester, England, consisting of American singer-songwriter Andrew Gold and 10cc guitarist/bassist Graham Gouldman. They are best known for their European hit singles "Bridge to Your Heart" and "Right Between the Eyes". In the US, they were listed as Wax UK, while later releases were additionally credited as Andrew Gold & Graham Gouldman. This 3LP box set includes the albums Magnetic Heaven, American English, and A Hundred Thousand in Fresh Notes.Magnetic Heaven is the 1986 debut album by Wax UK. This debut spent nearly three months on the U.S. album charts, spawning the hit "Right Between the Eyes". American English is a second studio album by Wax UK released in 1987. It includes their biggest hit single "Bridge to Your Heart".A Hundred Thousand in Fresh Notes is the third and final studio album from the British duo Wax UK, released in 1989. The majority of the album was produced by Peter Collins, with four tracks produced by members Andrew Gold and Graham Gouldman."Wherever You Are" was released as the album's lead single. The second and final single, "Anchors Aweigh", reached No. 95 in the UK and remained in the charts for two weeks.
HOURS: Mon 11am-7pm Tues / Wed / Thurs 11am-9pm Fri 11am-10pm Sat 10am-10pm Sun 11am-7pm
This website uses cookies to personalize content and analyse traffic in order to offer you a better experience.
I accept Learn More
back to top