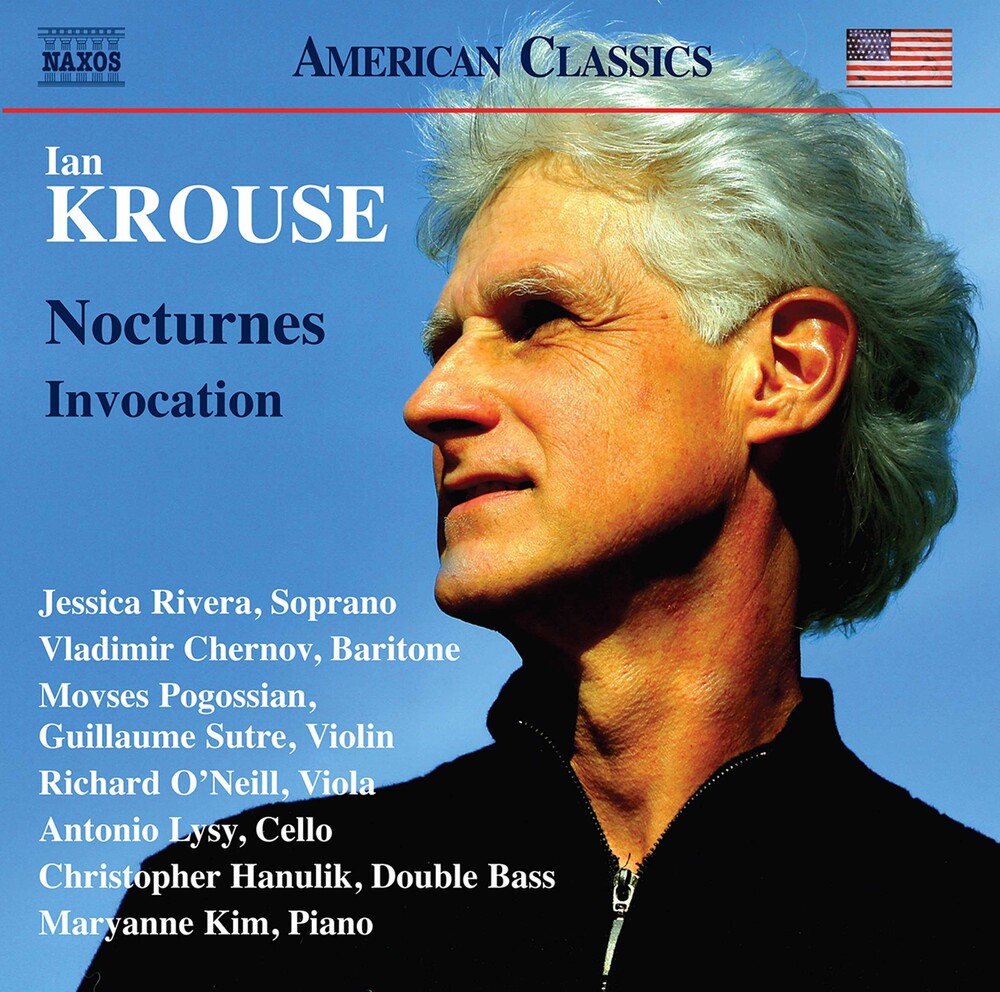 Ian Krouse has been acclaimed by Gramophone as "one of the most communicative and intriguing" of today's composers, his style drawing on historical and traditional influences as well as being innovative and modern. With references to Beethoven and Schubert, metaphors of darkness and light are conveyed with powerful emotion in Nocturnes, which sets four texts by well-known Armenian poets to form an odyssey through the mind of a man at mid-life. With profound sadness at it's heart, Invocation explores the intangibility of love, contrasting atonality and tonality to express emotional outpourings that ultimately remain ephemeral and elusive. Both of these song-cycles are performed by the singers for which they were composed. Soprano Jessica Rivera has collaborated with many of today's most noted composers. She appeared in the world premiere recording of John Harbison's Requiem (8.559841), in which Gramophone wrote: 'Among the soloists, Jessica Rivera... stand out.' Vladimir Chernov has sung over 40 leading roles at the Metropolitan Opera, Covent Garden, La Scala, Teatro ColĂłn, Paris OpĂ©ra, Lyric Opera of Chicago, San Francisco Opera and Vienna State Opera, under conductors including Claudio Abbado, Valery Gergiev, James Levine and Seiji Ozawa. He previously appeared on the Naxos recording of Ian Krouse's Armenian Requiem.
HOURS: Mon 11am-7pm Tues / Wed / Thurs 11am-9pm Fri 11am-10pm Sat 10am-10pm Sun 11am-7pm